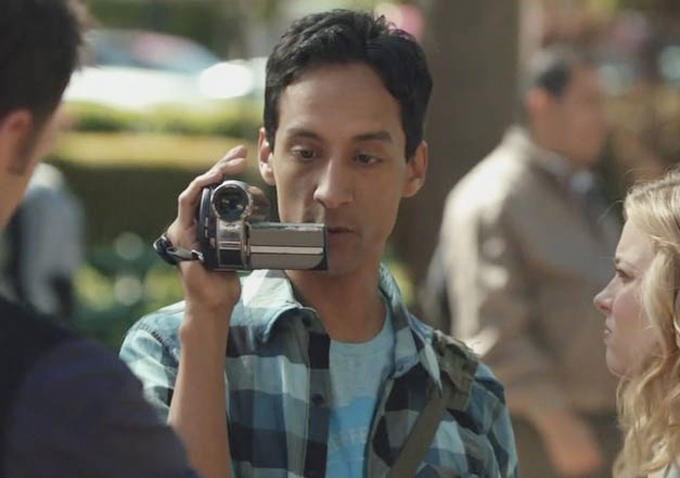 The goal for “Community” has always been six seasons and a movie. No matter how implausible it sounded, with low ratings and high risk of cancellation, the show stuck by its goal. Now it’s closer than ever as it gets ready to wrap up its fifth season on NBC. Danny Pudi, who plays Abed on the challenging and charming sitcom, has been hard at work outside of Greendale’s walls, pursuing a career similar to that of his character.

Pudi’s directorial debut, “Untucked,” was released on Wednesday as part of ESPN’s “30 for 30” documentary series. In it, Pudi returns to his alma mater Marquette to interview members of the legendary 1977 basketball team who improbably won the NCAA Tournament — with a little more flair than usual. Pudi spoke to Indiewire about the revolutionary (and now banned) untucked jerseys worn by Marquette, his own directorial goals, and what’s in store for the future of “Community.” 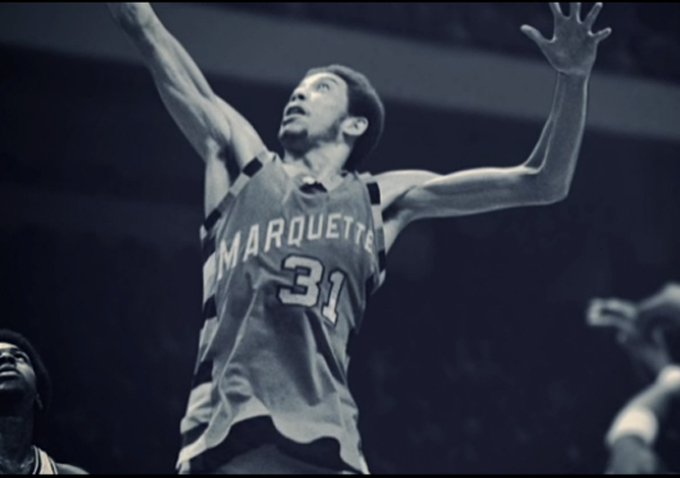 So how did you hear about this project?

It came up like most projects do — over Twitter. And it was actually a conversation I was having with Dan Silver, one of the folks over at ESPN’s “30 for 30” team. There was a project they did called “Benji,” about a basketball player in Chicago — it was pretty heartbreaking stuff. He was a great basketball player, and he ended up getting shot.

I tweeted about that saying how it affected me, because I did remember some of the story from growing up in Chicago. After that I just started this conversation with Dan, and he asked me if I’d ever have any interest in telling a story through a “30 for 30” short series, and I said I did. So we met, I told him this idea. I didn’t expect them to say yes, and they did, and next thing you know we’re telling the story about Marquette’s basketball jerseys.

How much of the story did you know going into the project? Obviously you knew a little, but did you know all of it?

I didn’t know all of it. That was one of the great things about this story for me — I just kept being surprised. I knew about this jersey that was strange, kind of like a blouse. It was this untucked jersey designed specifically to be worn outside the shorts by a player, Bo Ellis, the captain of the team that won the national championship in 1977. So I knew right away that this was an interesting thing, because you just don’t hear about things like that anymore — or ever, I guess. 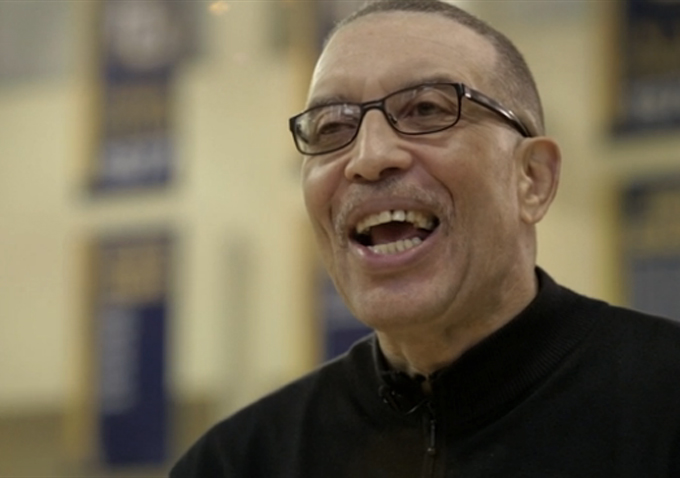 I grew up in Chicago, and I went to Marquette, so I was very familiar with some of the legends, I guess. For me, it was just a fun project to take on because I got to learn a lot more about it.

Is the untucked jersey your favorite jersey? You’ve spent a lot of time at Marquette, so I’m sure you’ve seen a lot of them.

got to try on on a lot of them. They’re pretty heavy. I think you saw what I looked like in that untucked jersey. You can see a lot of my collarbone, so it’s not really attractive on me. Yhat one is probably my favorite just because it’s so unique and fresh and the style is just different. You just don’t see anything like that. I think now that jerseys have to be tucked in — now that that jersey’s been banned by the NCAA — that also has some of that subversive streak, which I like. Then probably the bumblebee is tied with that one for coolness. The bumblebee was banned in 1972, and that one is just amazing. You’re flying around the court literally like a bumblebee. That’s pretty amazing. 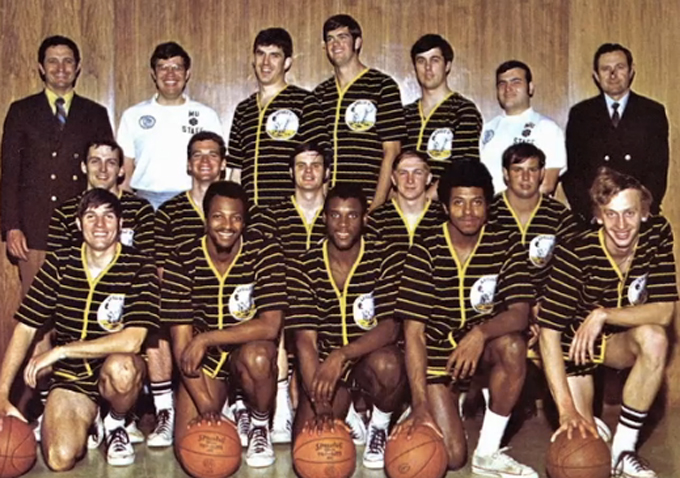 I liked the excuse the NCAA gave, saying they referees weren’t able to read the numbers.

So this was your directorial debut. How do you feel it went and is it something you’re going to continue to pursue?

For me, the whole experience surprised me, which I really liked. If you would’ve asked me 10 years ago if I was even able to see this happening, I would have said no. It just came up organically through working on “Community” and being a fan of ESPN’s “30 for 30,” and I do have this passion for sports and drama, and one of the things that makes me instantly cry is any sad sports story. All these things kind of came together at the right time, and it was a chance for me to try something different which I really, really enjoyed.

It was a different experience. Working as an actor, I didn’t really have any of this knowledge of what happens behind the scenes, and I got this chance to learn on the fly. I realized how hard it is, and it got me excited about telling other stories that I have a passion for. I got excited about this story because I thought it was unique and cool and a story about collaboration and about self-expression. So if I find another story I want to tell, I want to direct again and I do have some things that I want to tell in the future.

Your character on “Community,” Abed, is trying to be a director. How would Abed have made this movie differently?

I think Abed would probably still be editing. [laughs] For me, the challenge was it’s a story about this one basketball jersey that was designed by Bo Ellis that they wore in 1977 when they won the national championship. But as I started peeling the layers of the story, there are so many deeper layers of the story about Al McGuire, his progressive nature as a coach. There’s this whole cultural approach to this story. It was the only time Marquette won a national championship

Beyond that, Marquette at the time was known for doing different things in terms of recruiting. They were recruiting players other coaches wouldn’t recruit. There was just a lot of other story I kept touching on, and I think Abed would have looked at some of those stories and realized how are we going to get all of this smashed into 14 minutes and 45 seconds. [laughs] I think he’d still be trying every single combination of a cold open and a closing. I guess he’d be stuck somewhere in act three right now.

How do you feel about this new season and how was it getting back with Dan Harmon, having him as a showrunner?

It was amazing. So Dan and Chris McKenna, too, are back as co-showrunners. Like with the ESPN “30 for 30” short, I would’ve never expected that to happen either. I think in some way I’m getting used to this uneasy, never-know-what’s-going-to-happen-next feeling, and that’s just something we never thought was possible. After season three, when Dan left and we got picked up still for season four, we talked in season four, I remember, about what if Dan came back for season five. It was literally like a dream that that ever happen, but we did talk about it and I think we really truly began to believe in it, I think thanks to Joel McHale. It worked out. I never would have anticipated it happening. I’m so glad it did.

I think with both shows, as you get further and further along — I think we’re at 97 episodes right now — it’s hard to feel fresh again, but our show’s had such a crazy run. Every year something crazy has happened and we’re used to that. We’re used to getting good news and bad news at the same time. So, “You’re getting picked up! But Dan’s not going to be back.” “You’re getting picked up! Dan’s coming back!” “What? What?” “But Donald’s leaving.” It’s all those kind of things are happening, and it’s good. It’s nice to constantly feel emotionally flustered. All our emotions are always there. We’re always aware of the comedic elements in our worlds and in our lives, and that contributes to the show.

This year especially, I think, because there was so much that happened behind the scenes with Dan leaving and Dan and Chris coming back. With Donald having to leave, with Chevy leaving the show, there was just so much we just truly had to deal with and I think Dan did a really amazing job with the writers just bracing the current state of our show, on and off camera, and seeing how it impacts our characters.

For me, I loved it. As an actor, it was kind of awesome to go back to the basics of why Abed is at Greendale and what to the people mean to him in the study group. Then, in addition to that, we have new people coming in like Jonathan Banks who give all our characters a chance to test new sides of our characters and explore new areas of our growth. That was just really fun. Overall this year, I think our show really grew. It was fun. It’s a different tone, but I think more than anything, we really cherished it I think because we realized how lucky we were to get a fifth season with Dan back.

What was your first reaction when you heard Donald Glover was leaving?

I knew because I was talking to Donald. I wasn’t shocked. I wasn’t. I knew that Donald had other things going on, and I’ve been a fan of his music and we were close. So it didn’t really surprise me — I knew that’s where his interests were going. I was more selfishly sad because I knew how much fun we had on set and how easy it is at times when we get it together. They’re like, “Hey, let’s do this thing. You guys are Burt and Ernie. Go.” So I knew that that was something I was really going to miss. They were going to take away a huge Kickpuncher element of our show.

I think that’s what makes our show work and click because we’re all doing it just because we truly have a great time doing it, and we’re all fans of each others. I was happy Dan and the writers did a good job of sending Donald off in the right way and we’re all wishing him the bestl on his next adventure. That being said, I’m still asking when he’s coming back. I’m not going to stop.

Do you think “Community” can make it to six seasons and a movie?

You know, if you would’ve asked me that last year I would’ve said, “Hell no.” But now I’m like really, truly, anything is possible. I almost believe it will happen. I think that our fans and supporters and the universe has willed it to happen. So more and more I believe it’s very likely that this cry that Abed sang out when we were talking about “The Cape,” “six seasons and a movie,” I remember when I said that line, “That’ll never happen.” Now, I’m like, “That could really happen.” I’m done predicting because I don’t even know, but I think it’s definitely possible.