David Cronenberg Is Provincetown's 2014 Filmmaker On The Edge 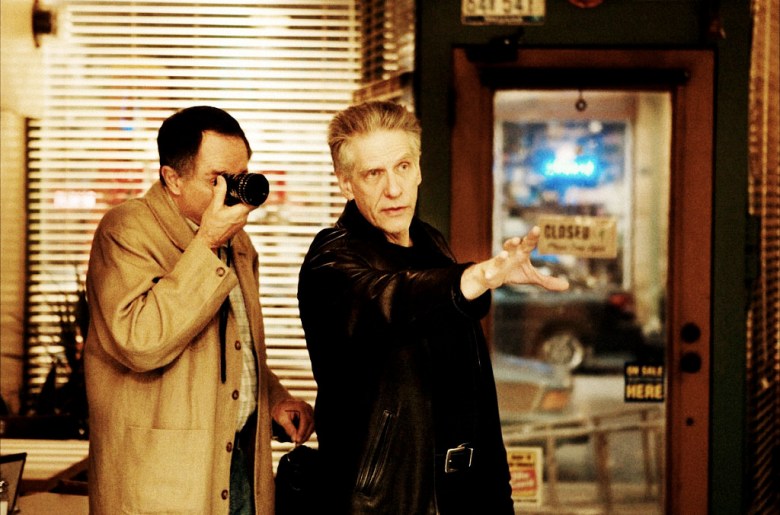 The Provincetown International Film Festival has announced that David
Cronenberg will receive the Filmmaker on the Edge Award at this year’s
16th annual festival on Cape Cod. The award will be presented by PIFF’s
resident artist John Waters at a special ceremony during the festival’s
run June 17-23 in Provincetown, Mass.

“We are thrilled to be honoring David Cronenberg – a compelling and transformative filmmaker who perfectly represents filmmaking on the edge,” said Mitch Levine, the newly-appointed Executive Director of the Provincetown International Film Festival and CEO of the Provincetown Film Society. “We look forward to both celebrating and learning from this great cinema artist at our festival.”

In honor of Cronenberg’s achievements as a filmmaker who pushes the limits, the festival will host a special drive-in double bill of “Videodrome” and “The Fly” on Thursday, June 19th, 2014. In addition to the drive-in screenings, Cronenberg’s “Naked Lunch” will be added to the festival program as a tribute.

The festival will announce its full program in the coming weeks.