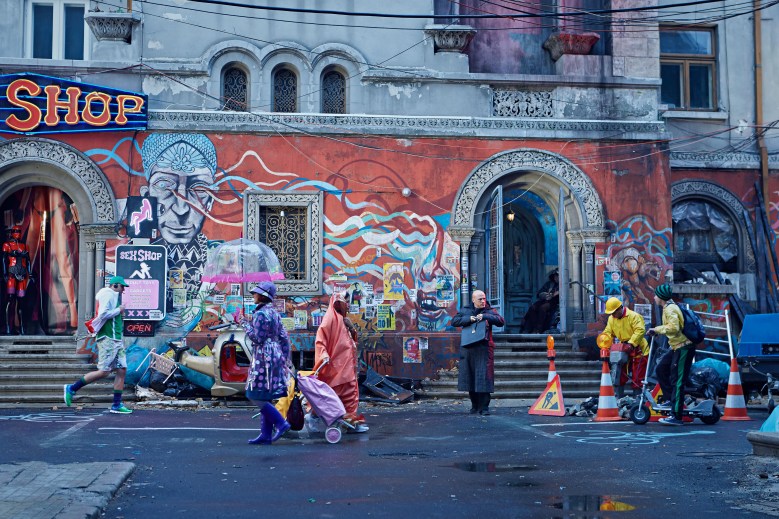 Writer/director Terry Gilliam has made a slew of memorable works, not least of which are the revered comedy sketches presented in the “Monty Python” series. His recent AMA has answered questions about that, along with a number of other topics that only a filmmaker like Gilliam could possibly talk about. Below are the top ten moments from his recent Reddit AMA chat. Gilliam’s latest, “The Zero Theorem,” opens in the US this summer.

READ MORE: Terry Gilliam on Why ‘The Zero Theorem’ is the Most ‘Extreme’ Film He’s Made and Where He’s at With ‘Don Quixote’

1. “I thought Zack’s film worked well, but it suffered from the very problem that I was happy to avoid by not making the film.”

Gilliam’s diplomatic response to Zack Snyder’s comment in which he states he made “Watchmen” to “save it from the Terry Gilliams of this world.”

2. “What happened is I called Johnny [Depp] when Heath [Ledger] died and Johnny said ‘I’ll
do whatever you want, I’m there.’ And then I discovered that both Colin
[Farrell] and Jude [Law] were friends of Heath, because I only wanted friends of his to
play those parts. And what they did, they all basically worked for
nothing. What they did do is say that the money Heath would have been
paid, had he lived, the money would go to his child, and that’s what
happened.”

Gilliam on the tragic loss of Heath Ledger before the completion of his film “The Imaginarium of Doctor Parnassus,” after which Ledger was replaced with Depp, Farrell and Law.

3. How Gilliam feels about the latest surveillance revelations,
which he brilliantly foreshadowed almost thirty years ago in
“Brazil”:

“I just love the fact that I seem to be photographed by so many cameras
24 hours a day! I’m never alone. I know I am safe. The only problem is
that when I want to make that bomb, somebody is going to spot me.”

4. “What
happened ultimately was that the studio for syndicated television put
out their version, which I was happy about so the public could decide
who made the better version. I would much rather that my version was not
interrupted every 5 minutes by commercials.”

Gilliam explaining his unpleasant creative battle with the studio with which he made “Brazil,” stating that “the simple fact is, it was a simple battle of who would give in
first, and I wouldn’t give in, and luckily a version came out.” He went on to boast that he “was delighted that the
studio sacrificed their version for syndication.”

5. We may be seeing “The Man Who Killed Don Quixote” soon enough. Or we may not…

“Whether we succeed or not is still open. I think we should open a betting pool on this one to see who wins.”

6. Despite what Gilliam presents in his films, life is still difficult, to say the least.

The filmmaker’s response to a fan praising “The Adventures of Baron Munchausen” for turning him from a shy little boy into a confident young man: “I hope I haven’t given you too much confidence, because life is ready to
kick you in the balls when you least expect it. But that is very sweet.”

7. Terry Gilliam is the patron saint of little people.

“I would love to [work with little people], because after I finished ‘Time Bandits,’ I became the
patron saint of little people around the world, and I got to meet lots
of lovely people around the world. At the moment, I’m working with a lot
of regular people, although in ‘Zero Theorem’ I have a small person
playing a clone, so if you want to watch a little person in one of my
films, you’ll want to see ‘Zero Theorem.'”

8. “When it comes to bowel movements I’m Superman! I have complete control over them!”

Gilliam’s elaboration of how living in Minnesota has affected his use of the bathroom, as he “didn’t have an indoor toilet. At 40 degrees below zero, I would have to walk out in my little bathrobe and walk out and sit on a wooden seat in the garden. It probably gave me the power to control my bowel movements in later life.”

9. “I’m not excited, it’s something to do, it’ll be fun while we’re doing it, and it will be a relief when it’s over. Because then I can get back to my own life.”

Gilliam downplaying the pressures of the ridiculously high expectations looming over the upcoming “Monty Python” show.

10. The primary and utterly simple reason anybody should see to his upcoming film “The Zero Theorem.”

“Because it’s a wonderful movie that may actually open your eyes to the world you’re living in.”