Reality Checks: Does This New Documentary Exploit the Life of Vivian Maier? 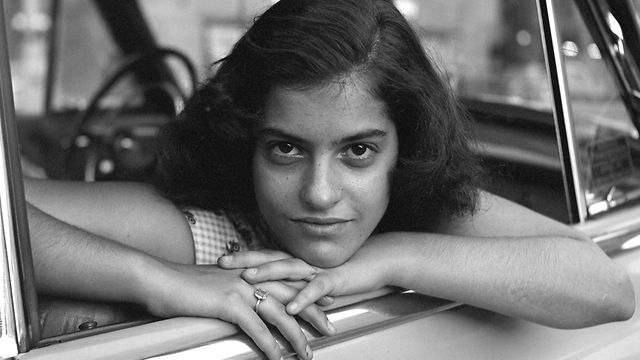 Reality Checks is a weekly column dedicated to the coverage of the documentary scene. Read the previous installment here.

“Every time a film is shot, privacy is violated,” the famous cinema verite filmmaker and anthropologist Jean Rouch once said.

Never is this more apparent than with “Finding Vivian Maier,” an acclaimed new documentary directed by first-time filmmakers John Maloof and Charlie Siskel. While a fascinating investigative portrait of a reclusive female street photographer, who began taking pictures in the 1950s on par with such greats as Robert Frank and Weegee, the film is also one of the most brazenly exploitive documentaries of an individual to come along in a long while.

This, in part, is distinctly what makes “Finding Vivian Maier” so engaging, but it also brings up important questions for documentary filmmakers (and art dealers, alike), about whether or not it’s appropriate to expose the lives and works of others who would rather be left alone.

What responsibilities do filmmakers have when they speak on behalf of those who have chosen not to speak publicly for themselves? When should filmmakers keep pressing on the private life of an individual and when should they stand back? These and many more related questions are at the heart of “Finding Vivian Maier,” a film as entertaining as it is problematic.

While many documentaries are made without their subject’s consent, in most of those cases, the individual is already famous and thereby a figure fit for public dissection. We have unauthorized documentaries about everyone from President Barack Obama to Marilyn Monroe. But what if the subject preferred to stay out of the limelight?

For decades, Vivian Maier worked as a nanny and caregiver in Chicago. She made sure there were locks on the doors of her rooms; she was uniformly described as a “closed person.” While taking care of various kids, Maier also surreptitiously operated as an avid street photographer, taking over 100,000 pictures. Wearing non-descript manly attire and using a Rolleiflex twin-lens reflex camera, which was looked down upon and positioned at the chest rather than at eye-level, Maier operated like a secretive voyeur, capturing incredible snapshots of American street life like a highly artistic fly on the wall. When asked what she did, recalls one of the film’s interviewers, Maier replied, “I’m sort of a spy.”

Indeed, she remained a mystery to almost every who knew her — and by her own choice, it seems. And she ultimately lived a reclusive life, dying alone in Chicago in 2009 at the age of 83. As “Finding Vivian Maier” makes clear, its subject cherished one thing as much as her photographic hobby: her privacy. As one of Maier’s former employer’s notes, “She would never have allowed this [film] to happen.”

So should Maloof and Siskel have made it? And how should audiences feel about watching it?

The last prominent documentary to evoke similar questions may be Jessica Yu’s 2004 film “In the Realms of the Unreal,” a portrait of another Chicago resident and homespun artist, Henry Darger. Like Maier, Darger lived in obscurity for his entire lifetime and his work was discovered posthumously. And like “Finding Vivian Maier,” Yu made the documentary without Darger’s informed consent. He died in 1973.

But unlike Maier, Darger’s mental and psychological health may have been compromised, and his art may have functioned more like an obsessive-compulsive’s pathology than a creative endeavor. Darger’s drawings may now be acclaimed as outsider art masterpieces, but it’s doubtful that the withdrawn janitor saw them as museum pieces. Maier, on the other hand, knew what she was doing; she meticulously preserved her photos. And she did so at considerable cost. And in one instance, she had some prints made of her negatives in her childhood home in France. But at no point in her life as an amateur photographer did she willingly seek out acclaim or wider recognition for her work.

So are the filmmakers doing Maier some kind of posthumous justice by publicizing her work and giving her the recognition she deserves? Or are they betraying her intensions and interests? Of course, we’ll never know.

Over the years, the rough drafts of countless authors’ work—from Franz Kafka to Ernest Hemingway to Vladimir Nakokov—have been published without their consent. Is Kafka turning over in his grave because you’re reading “The Trial”? Is Maier, because prints of her negatives are now widely available, thanks to Maloof himself, who now owns and runs the Maloof Collection, an archive which consists of 100,000 to 150,000 of Maier’s negatives, as well as hundreds of rolls of film, home movies, and audio tape recordings?

For the record, Maloof isn’t getting rich with his archive. Most of the proceeds from the sales of prints are used to repay the costs associated with developing and showing the work. And a permanent scholarship for female students will also be established in Maier’s name at Chicago’s School of the Art Institute. But Maloof will also be paying himself a salary for all his work in creating the archive.

And while it’s laudable that Maloof is dedicating himself to preserving and cultivating Maier’s artistic legacy, how many documentary films also function as promotional tools for the filmmaker’s other career?

“Exit Through the Gift Shop,” another engaging art doc, pops into mind. Though the film ultimately follows the exploits of self-made artist Thierry Guetta (aka Mister Brainwash), it also doubles back on itself to become another savvy PR stunt for the British artist Banksy, who had a hand in directing the documentary. Nevertheless, “Exit Through the Gift Shop” remains a terrific documentary because the very problems of promotion and publicity are its very subjects. Banksy is able to have his cake—in taking down the superficiality of the art world‚and eat it, too, by showing how cool he remains in this very critique.

“Finding Vivian Maier” attempts to strike a similar delicate balance. Part of the fascinating mystery of Maier herself is the very enigmatic personae that she herself cultivated. She may have been a very private person, but from the looks of her pictures and from the testimony of those who knew her superficially, she also seemed to enjoy playing a kind of game with her secretive identity, as if, perhaps, keeping people guessing was part of her modus operandi.

“Vivian herself loved a good story and we think this is exactly the kind of story she would have liked,” the filmmakers told Indiewire via email. “Secret photographer lives as a nanny, takes thousands of photographs and hides them only to be discovered later and hailed as one of the great photographers of the 20th Century.”

Still, a problem remains: Maloof and Siskel believe that Maier would have liked this story. But maybe she wouldn’t.