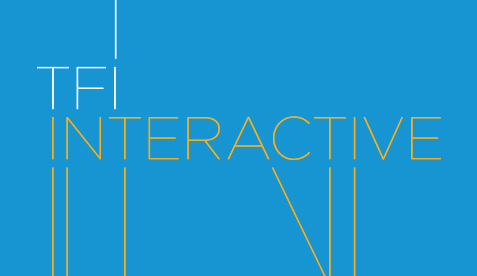 With the world of digital storytelling becoming all the more prominent in the film world, the Tribeca Film Institute has delved into the exploration of its increasing possibilities through its annual TFI Interactive event. Today the organization has announced the dynamic new program for the third annual TFI Interactive event supported by the Ford Foundation, which will take place on Saturday April 26 during Tribeca Innovation Week at the Tribeca Film Festival (TFF).
“TFI Interactive has the unique ability to showcase and highlight a wide range of diverse projects including storytelling and innovative digital experiments,” said Ingrid Kopp, Director of Digital Initiatives for Tribeca Film Institute. “The field is always evolving and we are so proud to have the ability to bring these different leaders together for an opportunity to share their own personal work while igniting new ideas for the future.”
TFIi’s new Interactive Playground will bring together several innovators for a wide discussion of the changing media landscape while offering participants an opportunity to interact directly with featured projects. Check out the lineup below (synopses courtesy of TFI) and visit the TFI Interactive web site for more information.
TFI INTERACTIVE – PROGRAM & SCHEDULE:
9.50 a.m. – Opening remarks
Beth Janson, Executive Director, Tribeca Film Institute

10.00 a.m. – Opening keynote: The Audience has an Audience
Kenyatta Cheese, Professional Internet Enthusiast
Kenyatta Cheese kicks off this year’s TFIi with a keynote about audiences. People tweet, share, and re-blog their opinions, hopes, fears and the things they love about a story as it is happening. The audience now has an audience, a group of people gathered around a shared passion who become their own community. This activity is changing the ways that stories are being told. Kenyatta will show us what this means for both creators and audiences.
10.50 a.m. – Objects as Oracle
Alexis Lloyd, Creative Director, The New York Times R&D Lab
As objects become increasingly connected, they become potential conduits for new forms of storytelling and interaction. Alexis Lloyd researches emerging technology and user behaviors, exploring how these trends may affect news information and media. 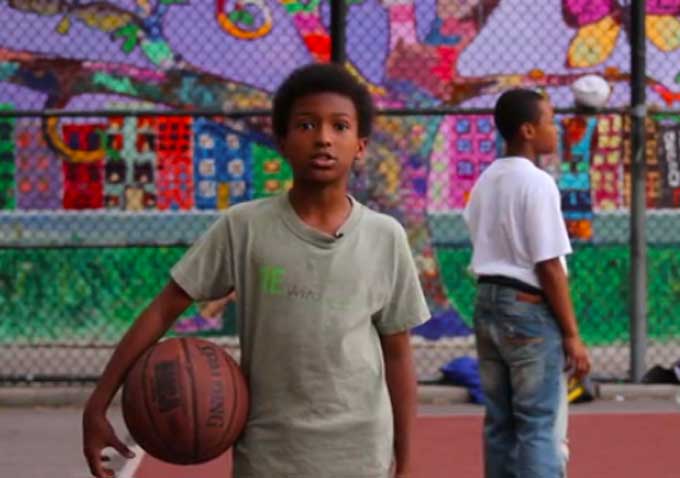 11.00 a.m. – Physical Computing and Human Interaction
Tom Igoe, Associate Arts Professor, ITP/Tisch School of the Arts/NYU; co-founder, Arduino
Physical computing is about understanding the basics of human interaction to inform how we design the ever expanding digital world we are creating. Tom Igoe explores ways to allow digital technologies to sense and respond to a wider range of human physical expression.
11.20 a.m. – Storyscapes in collaboration with BOMBAY SAPPHIRE® Gin Panel
Moderated by Michelle Byrd, Independent Media Consultant. Panelists: Loc Dao (Circa 1948), Nathan Penlington (Choose Your Own Documentary), Jonathan Minard, James George (Clouds), Matthew Carey (On a Human Scale) and Nonny de laPeña (Use of Force)
This year’s Storyscapes selection at the Tribeca Film Festival highlights the possibilities of interactive storytelling in the most immersive way possible. Join us for a panel with the creative minds behind the projects.
11:50 a.m. – Chideo (Charity + Video = Chideo)
Todd Wagner, Founder and CEO, Chideo
Charities are working harder than ever to leverage the power of entertainment and technology to drive support for their missions. Entrepreneur and philanthropist Todd Wagner shares his vision for the future of fundraising and explains his new digital platform, Chideo — where fans can discover and inspire exclusive content from their favorite personalities, all while making the world a better place.
12.00 p.m. – A Sympler Way to Remix Video
Ben Jenkins, Co-founder, Sympler
Sympler, the brainchild of Ben Jenkins and Alex Kane, is a remixing app for video. If you can tap out a beat you can tap out a video. Join us for this live and interactive remix session.
12.15 p.m. – Look Who’s Watching: What Can Storytellers Learn from the Privacy Debate?
Ben Moskowitz, New Program Director, Mozilla; Co-director Drones & Aerial Robotics Conference
Should social issue storytellers embrace techniques pioneered by the advertising industry: quantitative measurement, behavioral profiling, and personalization? Ben Moskowitz argues that adopting some the practices of these “watchers” could actually empower advocates and create a more intimate bond between the storyteller and the audience. 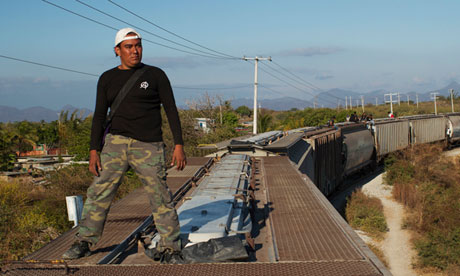 12.30 p.m. – Documentary, Expanding
Wendy Levy, Director, New Arts AXIS
How might a radical approach to storytelling and public art connect audiences to issues they care about?  In this session, Wendy Levy will introduce two new projects where documentary filmmakers and photographers are collaborating to lead a charge for public and digital art interventions that are accountable to social movements, and generate new archives of data and cultural resilience.
12.45 p.m. – TFI New Media Fund Grantees – Session 1

·         American Promise – Michele Stephenson and Joe Brewster
American Promise follows two African American boys and their families for 12 years as they navigate the terrain of race, privilege and opportunity at a rigorous New York City private school. To further the work of the film, the team are creating a web series and a goal-setting mobile app called “Promise Tracker.”
·         Chasing the Sun – Paul Shoebridge and Michael Simons
Suppose we found a lost continent — impossible, but just imagine. An opportunity to do things differently, to do anything but business as usual. What would we do?
·         Action Switchboard – Andy Bichlbaum and Michael Badger
This human-moderated digital platform helps a global audience initiate and join direct actions that serve specific activist goals; it also provides training and other resources for carrying out media actions. Effectively, the Action Switchboard invites the film’s audience to join in the story of The Yes Men Are Revolting and extend it in new and powerful ways.

·         This is My Backyard – Anjali Nayar
This is My Backyard is a multi-platform project, accompanying the film Logs of War, that crowd sources and disseminates information about land and resources in West Africa.
·         Who is Dayani Cristal? – Lina Srivastava
Deep in the scorching Sonoran desert beneath a cicada tree border patrol discovers a decomposing body. Lifting a t-shirt, they expose a tattoo that reads “Dayani Cristal.” An anonymous body in the Arizona desert sparks the beginning of a search across a continent  to seek out the people left behind and the meaning of a mysterious tattoo. Who Is Dayani Cristal? is a film and cross-platform exploration of stories underlying poverty, immigration, and the human rights of migrants who make journey across the US-Mexico border. 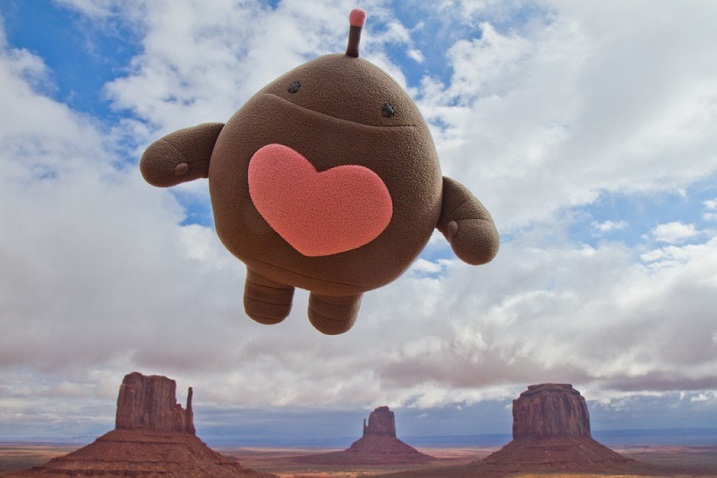 2.30 p.m. – Beta!: Making Game Design Fun and Accessible
Errol King, Founder & Creative Director, Beta!
Beta! is a game that teaches analytical thinking, game design, and computer programming. Design your own games and free your inner programmer!
2.45 p.m. – How We Play Stories
Nick Fortugno, Co-founder/CCO, Playmatics
Interactive systems make completely different demands on an audience than non-interactive forms, and interactive story is no different.  How can play itself be narrative? What changes when you try to tell a story with a game rather than a film? What techniques from film do we use in games, and what new ideas does interactivity bring to the table?
3.00 p.m. – Don’t Build Audiences, Build Community
Andrew DeVigal, Digital Media Innovator & Strategist
Andrew DeVigal explores the use of an innovative digital engagement tool that allows your audience to become participants through facilitated dialogue and collective inquiry. How do you harness the power and creative potential of an active and connected community from the inception to the delivery of your idea?
3.15 p.m. – Avatar Secrets
Ramona Pringle, Multiplatform Producer/Professor
A sneak preview of a new iPad app and experience that takes you through the transmedia world of Ramona Pringle. Follow her journey from the real world to the virtual one and back again.
3.25 p.m. – Tribeca Hacks <Mobile> Presentation
Find out what happened at the story hackathon taking place over the two days preceding TFI Interactive and meet the winning project creators. The hackathon is sponsored by AT&T and is part of Tribeca Innovation Week.
3.35 p.m. – Real is a Platform
Michel Reilhac, Story Architect, MÉLANGE
Real life is a great platform for interactive narrative experiences. Stories are no longer just about screens as people crave real-life authentic experiences. How can we use reality as platform in our interactive storytelling approach?
3.55 p.m. – Introducing the DocuBase
William Uricchio, Professor of Comparative Media Studies and Principle Investigator of the MIT Open Documentary Lab and the MIT Game Lab
Few things can compete with the emergence of a new media practice for sheer innovation and unpredictability. William Uricchio will present the most recent version of the DocuBase, showing the unruly brilliance of this moment and envisioning the futures of the documentary.
4.05 p.m. Storytelling as Interface
Jason Brush, Executive Creative Director, POSSIBLE
How does interaction design shape narrative experience? As we move from a lean back culture to a lean forward one, what role does the interface play?
4.25 p.m. – Closing Keynote: Digital Dissatisfaction: The Limits of Technology
Jonathan Harris, Artist
Jonathan Harris closes this years TFI Interactive by looking at the disconnect between what we envision technology will do for us, and what it actually ends up doing to our lives.