Thessaloniki Doc Fest's Sweet 16: Award Winners and a Look at Future Films from the Region 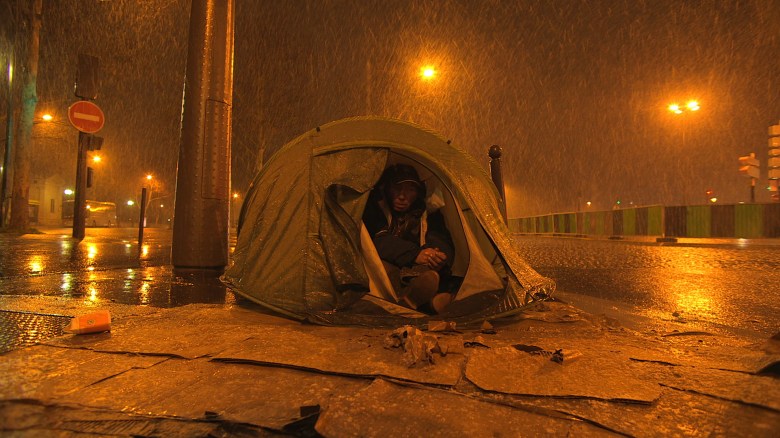 The 16th edition of the Thessaloniki Documentary Festival, a popular companion event to the city’s 55-year-old November fiction fest, came to a close in Greece’s second largest city this weekend. Over ten days, the event hosted 185 films, including a healthy representation of new Greek and Balkan regional productions, recent highlights from the festival circuit, and tributes to French filmmaker Nicolas Philibert, in attendance for a nine-film retrospective; and to the late Canadian producer/director, Peter Wintonick, who passed away last November.

Concurrent with the public side of the event is the Doc Market, a meeting point for filmmakers and industry professionals from across Europe and beyond, which featured masterclasses on documentary distribution, daily conversations, lectures, a pitching forum, and the festival’s annual Docs in Progress, which offers an advance peek at scenes from upcoming nonfiction from the Mediterranean, Balkans, and Central Europe. An extended look at these follows below.

A competitive festival, Thessaloniki revealed this year’s award winners at a ceremony on Saturday evening. This year’s accolades were slightly truncated, as the government-directed dissolution of Greek public broadcaster ERT last year resulted in the discontinuation of the two awards that station previously sponsored. The feature winners included FIPRESCI winners Claus Drexel’s “On the Edge of the World” and Elias Yannakakis’ “Kalavryta – People and Shadows;” and Audience Award winners Erlend E Mo’s “Four Letters Apart – Children in the Age of ADHD” and Dimitris Koutsiabasakos’ “Becoming An Actor,” the latter by the winner of the same award last year for “The Grocer.” A full list of winners is included at the end of this article.

A unique element of the TDF is this program, open to accredited industry only, which offers a glimpse at the future of filmmaking from the Mediterranean and neighboring regions through a series of short introductions and clip presentations of feature or series nonfiction currently in progress. Now in its third year, Docs in Progress already has demonstrated consistency in the overall quality of its selections – as was the case last year, several now-completed alumni of the program once again made their way into the main programming selection of the festival this year, including two of the projects I highlighted last year: “Affection to the People,” about cinema censorship during Greece’s dictatorship; and “Time for Heroes,” on the secret connection between a Washington DC-based Greek reporter and the Watergate scandal. This year’s projects represented several Greek productions, as well as films from or focused on Cyprus, Bulgaria, Israel, Italy, France, Turkey, and Germany. Those which proved most intriguing included:

“Eni Got Her Gun”

“I would rather they take away my house than my gun or my truck!” This is the story of a woman’s long struggle to survive and become independent after a marriage which was doomed to fail. But in the small male dominated society of the mountain village she calls home, she ends up losing her feminine identity.

Of all the portraits presented, Vlachou’s proved most compelling, suggesting that her protagonist could hold an audience’s attention for a feature-length film. Through a simple scene showing Eni on a hunting excursion, her affability and humor was showcased, while her unorthodox attire, nearly passing as a man dressed in flannel and a hunter’s cap, begs questions that invite the viewer to want to see more.

Alan Bishop, groundbreaking American-Lebanese musician and ethnomusicologist (Sun City Girls, Sublime Frequencies, Alvarius B), moves to Cairo soon after the 2011 revolution, and teams up with young Egyptian musicians for an ambitious project: the translation of some of his older unreleased songs’ lyrics into Arabic. Two years later, while the Arab Spring is melting into a ‘winter’ of chaos in a bitterly divided country, this project evolves into a band called The Invisible Hands. How will this musical offering and translation experiment be received?

Like Vlachou’s project, Gioti and Salameh have an immediately distinctive subject, who, in addition to being featured extensively in the film, will also serve as its narrator. Bishop makes a memorable impression, a sort of wry, gonzo commentator on Egypt, offering a unique Western perspective on a by-now well-covered part of the world. That said, his strong persona may not suit all viewers, so it remains to be seen what kind of balance will be struck between this figure and the music/translation elements, and how visually and cinematically-suited the latter will be.

Winemakers in the West Bank appropriate the land through the roots of their vines. The wine they produce is ideologically tainted. But as we follow three different stories, we discover that these people are not only here for reasons of principle, but because of a need to escape their past lives.

While there have been several recent projects about the occupation/settlement of the West Bank and Gaza Strip, Rusinek seems to have found a creative angle that also offers much room for metaphorical exploration. Her characters, including a vintner and his wife, the latter legitimately concerned about her safety and that of her children, may or may not be sympathetic, depending on one’s ideology, but their conflict adds a welcome level of family drama to the proceedings.

The discovery of an old classic, “The Beloved,” was a pleasant surprise for Yorgos, a young filmmaker. Starring Hollywood legends Raquel Welch, Richard Johnson, Jack Hawkins, Dame Flora Robson, and Jack Wolf, the film was directed in 1970 by George Pan Cosmatos, in the village of Karmi in Cyprus, which has been under Turkish occupation since 1974. Yorgos tracks down the cast to ask them about their impressions of Cyprus, and also talks to the villagers about their experience of the shooting of the film, culminating in a special screening in the village, as they never actually saw the finished project.

The most compelling element of Patsalides’ project is the contextualization of the village’s experience within the larger story of Cyprus. The meta-filmic aspects might threaten to simply descend into rarefied nostalgia, with villagers simply indulging in old memories, but if this project instead uses the existence of this little-known Raquel Welch film to provide a frame for understanding the later disruption of their lives due to the 1974 invasion, then there’s greater potential here. I’m not convinced, frankly.  If this does prove instead to simply focus on “The Beloved,” the filmmaker will have to do a lot of work to foreground that all-but-forgotten film, as it’s simply not the “classic” the synopsis suggests, and it will likely fail to resonate beyond a very small audience of Cypriots.

In 2002 the WHO released a statement saying that depression had reached epidemic proportions: 350 million people live with depression – the leading cause of disability worldwide. What if we stopped reducing depression to a strictly individual phenomenon? The film is a worldwide investigation into the global nature and epidemic scope of depression, shown from a societal point of view, and brings together original points of view from those – sociologists, philosophers, social workers, neuropsychiatrists – who are on the subject’s cutting edge, in order to find the contextual evidence of what is creating this fertile ground for depression.

This year’s winner of the Docs in Progress prize – €15,000 in services from Greek posthouse Authorwave – laudably aims to tackle a familiar subject on a more macro level. That said, beyond its intriguing title, the presentation failed to generate enthusiasm from me, or to distinguish itself from other treatments of mental illness – I hope the final project better realizes its promise of bringing new insight.

Go to page 2 for the full list of winners. 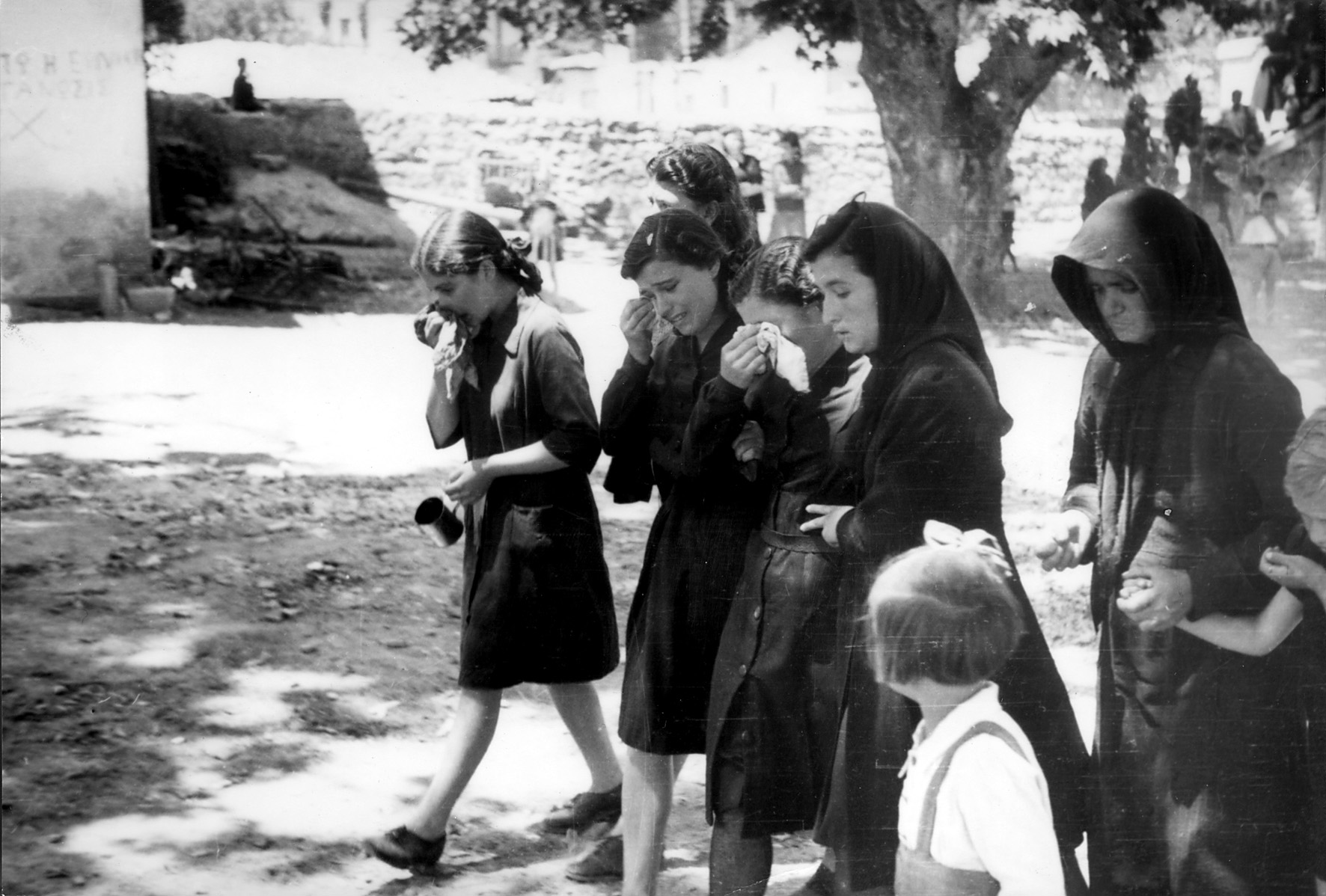 Two awards were determined by the International Federation of Film Critics:

“On the Edge of the World”

An exploration of the nocturnal lives of Paris’ homeless.

Three years in the lives of aspiring drama school students.

About a collective of professional Athenian musicians who provide free music lessons.

The feature award has been renamed “The Peter Wintonick Audience Award” in honor of the late, beloved Canadian producer, a regular at the festival. This year’s winner:

“Four Letters Apart – Children in the Age of ADHD”

Three Danish children diagnosed with ADHD take part in an alternative program for a year.

Scenes from the occupation of Istanbul’s Gezi Park and Taksim Square.

Northern Russia and Siberia, captured in the winter.

A global, sociological perspective on the epidemic of depression.

EDN Award, presented to an institution, group, or person for outstanding contribution to the development of documentary culture: