This Documentary Executive Produced By Brad Pitt is Struggling at the Box Office. Here's Why. 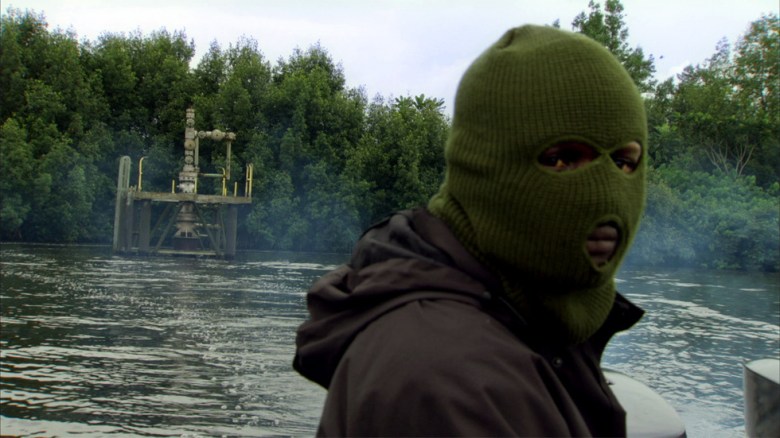 “Big Men” should have been one of the year’s biggest documentaries.

Directed by Rachel Boynton (whose “Our Brand is Crisis” was a 2005 nonfiction highlight), executive produced by Brad Pitt, and bolstered by strong reviews (Variety called it “a real-life ‘Chinatown'”), the film is both an epic and intimate investigation into the fickle and mercenary ways of global capitalism, six years in the making and spanning of two continents and multiple characters. But as ambitious and well-crafted as the film may be, “Big Men” has been cut down to size by a shifting marketplace.

Though more documentaries are being acquired and released by a multitude of new companies, “Big Men” is not the kind of pop-culture-pegged, straightforwardly marketable documentary that’s a hot commodity these days. Its complexity is, of course, what makes the film so strong, but ironically, it’s the film’s ambiguities that may have made the doc undesirable for buyers.

As Boynton admits, “As a form, ‘Big Men’ doesn’t fit into an easily categorizeable box — it’s not morally black and white, and it’s not easily described in a single line,” admitted Boynton. “For a bigger distributor, that’s a tougher sell.”

Indeed, the film crisscrosses back and forth between Texas oil-men, New York venture capitalists, Guinean politicians and Nigerian militants in its chronicle of the competitive, cutthroat world of oil resources. And all of these “big men” end up appearing far more sympathetic and smaller than they first appear.

As “Big Men” executive producer Dan Cogan explained, “There isn’t a clear hero or a clear villain, and the stakes are the size of the world. And that’s what makes the film unbelievably interesting.”

But after premiering at the 2013 Tribeca Film Festival, “Big Men” received distribution offers, but none that satisfied Boynton or her producers. Subsequently, the movie’s theatrical release — via Richard Abramowitz’s Abramorama — is being entirely backed by the producers. Self-distribution is nothing new, of course, but when it’s a film of such high caliber and reputation, one wonders what’s happened to the “business” of documentaries.

Boynton considers herself lucky that her first film “Our Brand is Crisis” — about U.S. spin-doctors working in Bolivia’s presidential election — was released by Koch Lorber (now Kino Lorber). “I think I underestimated the power of James Carville to draw people’s attention,” she said. “If you have a recognizable star in your film — and I’d put James Carville into that category — you’re going to get it seen by a wider audience.” 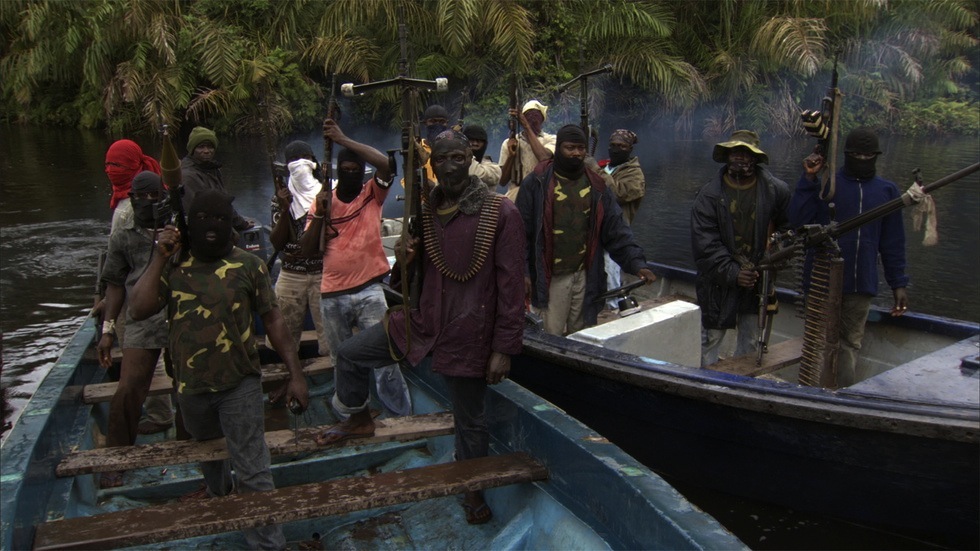 “Big Men” does have Brad Pitt’s name attached, which should count for something. Boynton cold-called Dede Gardner, Pitt’s partner at Plan B, and submitted a proposal, which the company accepted. “The fact that we have one of the largest movie stars in the world attached to the film is massively helpful in getting people to notice the film,” said Boynton, “but it doesn’t mean you can convince the larger distributors that your film is marketable.”

The $1 million budget for “Big Men” has also proved to be a hurdle. Boynton is quick to clarify that number. “For a movie that took over six years to make, and took place around the world — the travel budget alone was insane — that’s not much,” she said. But because the costs were so high, Boynton had a responsibility to her investors to turn down most of the offers that came in. “The math just didn’t make sense,” she added. “It made more sense for us to launch it ourselves with the chance that it would make something, rather then not making anything at all.”

Cogan, who is also the executive director of major doc funder Impact Partners, said that it’s always been a challenge to make documentaries at that budget level. 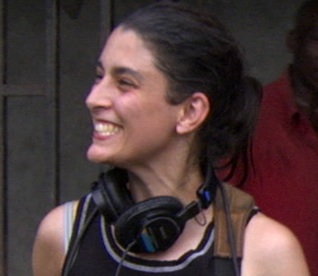 “There are two different ways to make a film that’s rich, complex and journalistic, like ‘Big Men,'” Cogan said. “You can make it as inexpensively as possible and get that money wherever you can. Or there are still broadcasters out there who want to make great work and they have the ability to fund large budgets.”

But today, it’s only those mass-market docs with a pop sensibility that garner those higher budgets. “There’s no question it’s harder today than it used to be,” Cogan said.

“This is the price of success,” explains Cogan. “If you have a film like ‘Blackfish’ that put CNN on the map, or a ’20 Feet from Stardom’ that performs like it has at the box office, it raises the bar for documentary. It’s the same thing that happened to independent film with ‘Pulp Fiction’ — you have the same explosion of expectations.”

Thus, at the same time as the documentary business has become bigger and more competitive than ever, with more buyers than ever, “it’s a golden age,” said Cogan, “not just in quality, but the number of buyers.” These include HBO, Netflix, Al Jazeera, Bravo, and others, which all fuel an interest in more commercial material.

When Boynton started working on “Big Men” in 2005, the nonfiction business was very different. “This whole notion that docs can make a lot of money is a new idea in my book,” she said. “It’s not something that existed when I started in this business. If you were lucky, you’d get it on PBS.”

As the filmmakers work on the theatrical release of the film, they are hoping to identify those niche audiences that will gravitate to the subject matter. But with a film as disparate and complex in its themes and issues, targeting those audiences isn’t as simple as, say, a documentary about climate change or animal rights.

“It’s true that ‘Big Men’ isn’t a straightforward issue doc, or a ‘call to action’ doc,” said Sara Kiener, whose company Film Presence has been hired to do grassroots marketing on the film and has handled other hard-to-market art-docs such as “The Waiting Room” and “After Tiller.”

Still, Film Presence has been working closely with a number of groups, including Oxfam America, the Revenue Watch Institute, Columbia University’s School of International and Public Affairs, and several different departments of the United Nations. “These are all entities who recognize that this is a complex issue, and thus a complex film,” added Kiener, who said that oil “watchdog” groups and New York business schools haven’t shown the kind of interest they had hoped.

Kiener is also reaching out to bloggers, academics and experts on Ghana as well as the Ghanaian diaspora.

That the film is partly set in Africa, however, may present an extra set of challenges. Though Boynton can’t point to any specific examples, she has felt that a lot of distributors appear to be “allergic to movies set in Africa,” she said. “Or at least it’s a strike against you.”

And as for reaching audiences with a film that’s partly dealing with Africa, Boynton said she was told by one industry insider, “People don”t care about Africa.”

“Not to sound crass,” Boynton added, “but she was right.”

Indeed, last weekend’s single-screen opening for “Big Men” at New York’s IFC Center, where it earned $7,539, suggests it’s going be a long haul for the filmmakers to recoup as they take the film across the country.

But Boynton said it’s worth it — and not just for the film’s economics, but because of her creative intentions with the film as well. “It is intended to be seen on the big screen,” she said. “It’s a big movie. And I know that may sound old-fashioned, but it’s very important to get it into theaters, both for launching it into the world, and making some noise with it.”