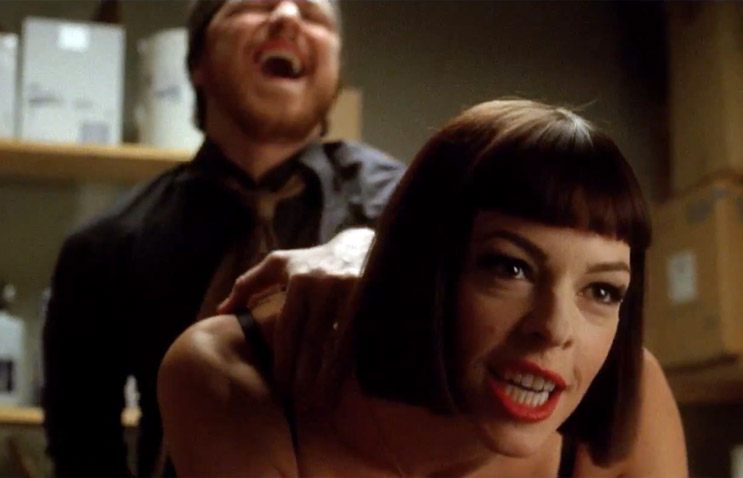 James McAvoy fans who felt the womanizing version of Professor Xavier the actor played in “X-Men: First Class” wasn’t scummy enough: look no further. The red band trailer for “Filth,” the British crime comedy based on the novel by “Trainspotting” author Irvine Welsh, shows the actor snorting cocaine, enlarging his penis on a Xerox machine, and perhaps most disturbingly, stealing a balloon from a young boy (the horror!).

The film stars McAvoy as Edinburgh Sergeant Detective Bruce Robertson, a hedonistic, misanthropic cop who spends more time overloading on drugs, booze and sex and scheming against co-workers than he does aiding the peace. Also the butt of his cruel behavior is his mild-mannered friend (Eddie Marsan), along with anyone else who crosses his path.

The film was written and directed by John S. Baird, and co-stars Imogen Poots, Jim Broadbent, and Jamie Bell. The trailer’s pretty outrageous, so there’s not much doubt as to whether or not the film will live up to its name. Watch below.

This Article is related to: News and tagged Filth, James McAvoy, Trailers