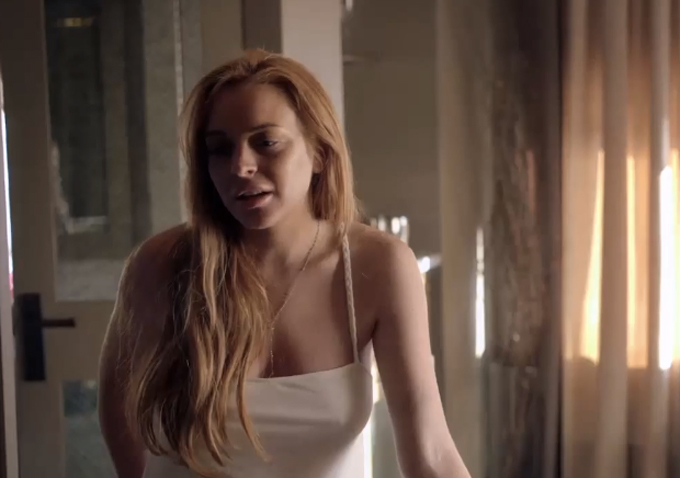 Documentarian Amy Rice (“By the People: The Election of Barack Obama”) was the lucky (?) filmmaker chosen to attempt to shoot Lindsay Lohan’s recovery for the docuseries “Lindsay,” premiering this Sunday, March 9th at 10pm on Oprah Winfrey’s OWN. Winfrey interviewed the troubled starlet after her latest stint in rehab in August of last year, which lead to the two agreeing to make the eight-part series documenting Lohan’s experiences as she moves back to New York and tries to maintain her sobriety.

The trailer for the series, below, suggests that Lohan isn’t anywhere near ready to have this process put on the screen — halfway through, Rice appears to note that they were supposed to film that day, but were being kept out of the actress’ apartment by her sober coach. “This is exactly what everybody said was going to happen,” Winfrey says while heading to meet with Lohan and tell her that she needs to cut the bullshit. This being OWN, one has to expect some kind of uplift as this goes along, but certainly the footage below is very uncomfortable.

This Article is related to: Television and tagged Lindsay Lohan, Oprah Winfrey, OWN, Television, TV Videos