Why Miami Is Celebrating a Cinematic Revolution 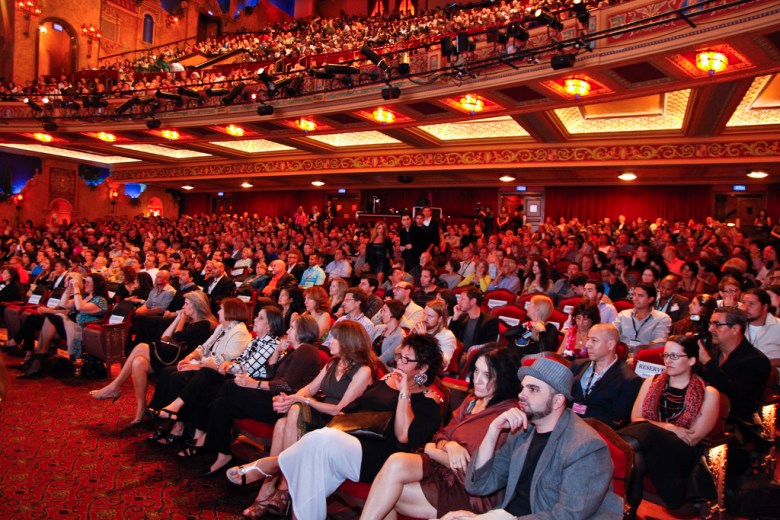 While the rest of the world bemoans the decay of cinema, in Miami, where everything is barefoot and fancy-free, the city is celebrating its re-birth.

“Miami is undergoing a cinematic revolution,” the trailer for 31st Miami International Film Festival boasts. It’s a ringing endorsement for a festival who’s location is more readily associated with artificially enhanced bodies riding around on roller blades than it is with art house cinema, but the ethos can be genuinely felt amongst programmers and festival goers alike.

With 141 films representing 39 countries, MIFF is a sizeable festival that nevertheless feels contained, navigable, and remarkably relaxed. For anyone accustomed to the frenzied festival routine of sprinting to 9 a.m. screenings, squeezing five movies into one day, and standing in serpentine queues in less than desirable weather, Miami may come as a bit of a shock to the system. Screenings don’t begin until late in the afternoon or early evening and audiences are notorious for showing up late. “We don’t want to be in competition with the sun,” said festival director Jaie Laplante.

A Canadian transplant from Alberta, Laplante came on board the film festival in 2010 after serving as the associate director of the South Beach Wine & Food Festival (his partnership with Lee Brian Schrager has carried over in the form of MIFF’s Culinary Cinema sidebar). “I’ve never held a job for more than four years,” Laplante says. “But I’m very happy here. If I can use that restless spirit to keep the festival alive and satisfying, then that’s a good thing.”

Indeed, MIFF does not want for variety, its eclectic programming reflecting the diversity of the city’s ever-changing population. From the crowd-pleasing opener “Elsa and Fred,” starring Christopher Plummer and Shirley MacLaine to the rich offerings of the Knight Documentary Competition programmed by veteran Thom Powers (who also programs for the Toronto International Film Festival and runs both DOC NYC and the Montclair Film Festival), the distinctly community-minded festival offers something for everyone — but it’s the Latin American and Spanish language selection that distinguishes MIFF from other film festivals in the United States.

“Part of what attracts people to this place is that it’s between two worlds — it’s not really America, it’s not really Latin America,” Laplante said. “People really thrive on that electricity.” MIFF’s core mission is to support Latin American cinema entering the United States, and that support extends far beyond the hundred-odd minutes of screening time filmmakers get at the festival. “We’re not just here to put the films up on screen for the 200 people that are going to see them that day,” said Laplante. “It’s a long range vision.”

The Enquentros program provides the backbone for that vision, facilitating post-production for Latin American features that could use a financial boost to make inroads into the marketplace. Each year MIFF screens five films near completion to industry professionals with the chance of winning a $35,000 prize. “That can have a huge impact for films of this budget range,” Laplante explained.

Although the program has been in place for 12 years, it was Laplante who smartly implemented the strategy of holding half of the prize money in trust for 30 days with the goal of leveraging those dollars to land U.S. distribution contract. It’s a win-win scenario: if a film secures a deal that money goes to the distributor for promotional purposes; if it doesn’t, the remainder of the prize simply lands in the hands of the producer.

Last year’s winner, “All About the Feathers” (“Por Las Plumas”), the feature debut from Costa Rican director Neto Villalobos, is just one Enquentros success story. After picking up both a sales agent (Urban Distribution) and distributor (Outsider Pictures), the minimalist yet poignantly deadpan comedy about a man’s bond with his pet rooster enjoyed its world premiere at TIFF and stood out as a clear highlight of this year’s competition.

“We’re not at a level where we’re influencing national exhibition strategy,” Laplante said, “but we’re making a difference for these films.” 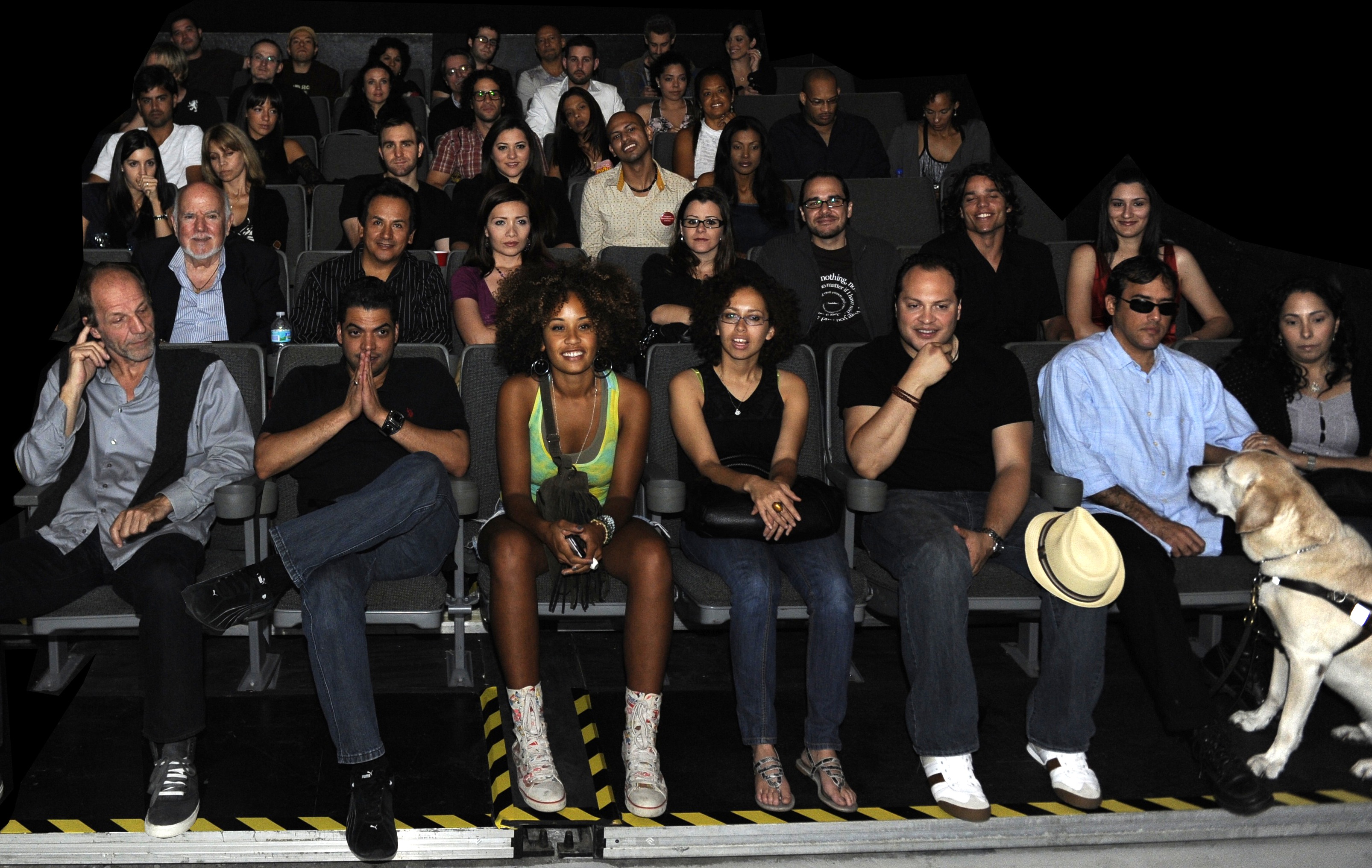 Overlapping with Austin’s SXSW, Miami certainly doesn’t draw the same kind of attention from press and industry as some of the country’s major festivals, but it serves its own community in ways most other festivals do not.

“This festival serves a very different purpose,” explained Powers. “There are festivals where the majority of the people you run into are people who have flown in from somewhere else, where in Miami the majority of the people are from Miami.” Indeed, the absence of the habitual circle of critics and industry personalities is as disorienting as it is liberating. “It’s nice to be in an environment where some of the pressure is off,” Powers said. “In last four years, we’ve been trying to cultivate an audience here and have watched it grow.”

The cultivation of said audience is due in large part to Miami’s recent transformation from a city with just one independent cinema to a city with six. The festival and its repertory film houses work together as a kind of positive feedback loop; both Powers and Laplante credited Miami’s bourgeoning O Cinema with fostering a filmic appetite in the city that the festival is able to increasingly draw upon year after year.

Co-founded by Kareem Tabsch and Vivan Marthell with the help of a $400,000 grant from the city’s Knight Foundation, O Cinema has been able to fill a niche for challenging year-round programming that was hitherto absent in Miami. Reinventing (and renovating) a sculptor’s studio in the up and coming hipster haven of Wynwood — a neighborhood that recalls Brooklyn for it’s street art, Portland-imported coffee, and overpriced organic smoothies — O Cinema can attribute much of its success to the city’s growing population of young people. “This isn’t the retiree heaven of ‘The Golden Girls’ anymore,” Tabsch observed. “It’s a younger city with many young professionals and a lot of transplants from Latin American, Europe, Russia and the Caribbean. In that sense, it’s never been more cosmopolitan before and it’s never been as young.”

Demographics alone suggest that there’s room for significant development in Miami’s cinematic future. “Look at the statistics of how the nation is growing,” Tabsch said. “Latinos are poised to be the largest ethnic group in the nation.” In Miami, of course, this is already the case, with well over 50% of the city’s population identifying as Latin American.

“We are well positioned to play a significant role in shaping the cinematic identity of Latinos in the United States,” Tabsch said, “if we step up to the challenge. We have the enthusiasm of the pioneer town here — a sense distinctly absent from New York or L.A. that there is space for something new to be accomplished rather than being bogged down by the feeling that everything’s already been done.”