Filmmaker Daryl Wein on Partnering with VICE and AT&T for a Short Film, and What Working With Brands Means for Indie Filmmakers 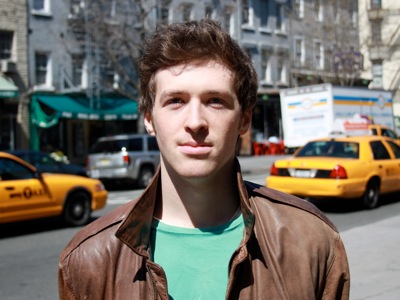 For indie filmmakers who are wondering when and how their big break will come, the route through which to get financing and distribution can be a very troublesome one to say the least. However, independent filmmaker Daryl Wein (“Breaking Upwards,” “Lola Versus”) has managed to overcome the countless obstacles by working with both VICE and AT&T, whose recent partnership aims to break new ground in the digital media world. Wein’s past success in the romantic comedy genre may have cemented what seems like a mutually advantageous opportunity whereby product placement plays a role in the creation of his latest short film “Let’s Get Digital.” Check out the film, which stars Ryan Hansen (“Veronica Mars”), Jon Heder (“Napoleon Dynamite”), Zoe Lister-Jones (“Whitney”), and Megan Ferguson (“Love and Other Drugs”), below:

How exactly did you first get involved with the VICE/AT&T partnership?

Well, VICE was looking for filmmakers to take on this component of their campaign for the digital movement and I was in the mix for that and got the job, and at that point they pitched it to me as it being a…they wanted to do a short film that was inspired by this guy in real life they met who had met his now-girlfriend on an awkward double date and through a series of text messages and, you know, basically interacting through their phones and technology, ended up becoming a couple. So they were looking for a writer/director to fictionalize that story into a fun slice of life relationship comedy and luckily that’s kind of what I do! So I was game for it, and that’s kind of how it came to fruition.

Why did you specifically choose to partake in their initiative?

I thought it was a cool opportunity in between trying to get movies off the ground, which takes forever. I thought it would be fun as a filmmaker to make another short film, I hadn’t made one in a while. And they were giving me a lot of creative freedom to basically write the short film kind of how I wanted to. You know, I had a few parameters, it being inspired obviously by this guy who went on an awkward double date, so there are a few plot points I had to hit, like him meeting her on an awkward double date, there being some crossover with his ex-girlfriend and he was also obsessed with cats. So those were kind of like the bullet points from the real story and they just said ‘can you make a funny short film out of this?’ I also was intrigued by it because it wasn’t really trying to be an overt advertisement for AT&T. It was letting the technology be kind of subtly interwoven into the story and kind of into the backdrop, so you can really just sink into the characters and their relationship with each other and let the action and the characters really drive the story.

Aside from the financial benefit in having them back you, what have you found was the biggest asset in having a company like AT&T behind you and your film?

Well, I think they’re great because they’re one of the biggest technology providers out there — I’m actually with AT&T as a cell phone user, coincidentally, which I don’t even know if they knew. You know, I think they have a big following. I think there’s a major crossover right now with digital technology and film and all the different outlets that people are starting to consume content through. You know it’s just growing more and more, people watching film and TV on their phones and on their TVs and on their computers through all the different platforms. So it was exciting to me in that regard from a creative standpoint that we can make a fun, cool short film that is smart and funny but it would get out there in a big way.

What are some of the downsides of having a big company backing your film?

Well, you know, the conventional downsides are always going to be there’s more cooks in the kitchen. And as a filmmaker, you have to weigh a lot of options and debate ideas. You’re not the sole decision maker. If you were making your own independent film, whether it’s a short or a feature, you’re usually in your own bubble, and that can be a benefit on the one hand in that you maintain 100% creative control, but it could also be its own downfall in that you don’t have anyone else to bounce ideas off of and help elevate your vision. So I’m always kind of about creative collaboration and wanting to hear other ideas. I think it can kind of go both ways, but in this process I had a great time and I think it was a nice healthy collaboration of AT&T really kind of letting us do our thing and it was more of letting VICE as the production company and me as the filmmaker kind of assemble the team that we wanted and write the story kind of how we saw it, being funny and interesting and commercial at the same time.

How has the creative development of the film been affected given that you had to include some product placement?

It was totally cool. There was never any overt demand for product placement, other than they meet, which was kind of inspired by the real story, through interacting with their phones, which to me, feels very current and relevant to the ways in which we all communicate nowadays anyway. To me, that’s secondary to how these two people were falling in love more from a personality standpoint and having similar interests and sense of humor and whatnot. The phones were really just the mode of communication for them to be able to fall for each other. So to me it was just kind of an organic element to the story that I was allowed to use it kind of how I wanted to in the fictionalization of how they came together.

Were you encouraged to focus specifically on the romantic comedy genre or did you
have leeway when it came to choice of genre and content?

Yeah, they wanted the movie to be a relationship comedy with a romantic element to it. That was the realm that they wanted this to fit into tonally, so I went full on in that direction of two people falling for each other. There’s funny aspects, there’s everyday relationship kaffufels and arguments and co-dependent issues. Yeah, it was very much in my wheel house of experience in relationships. 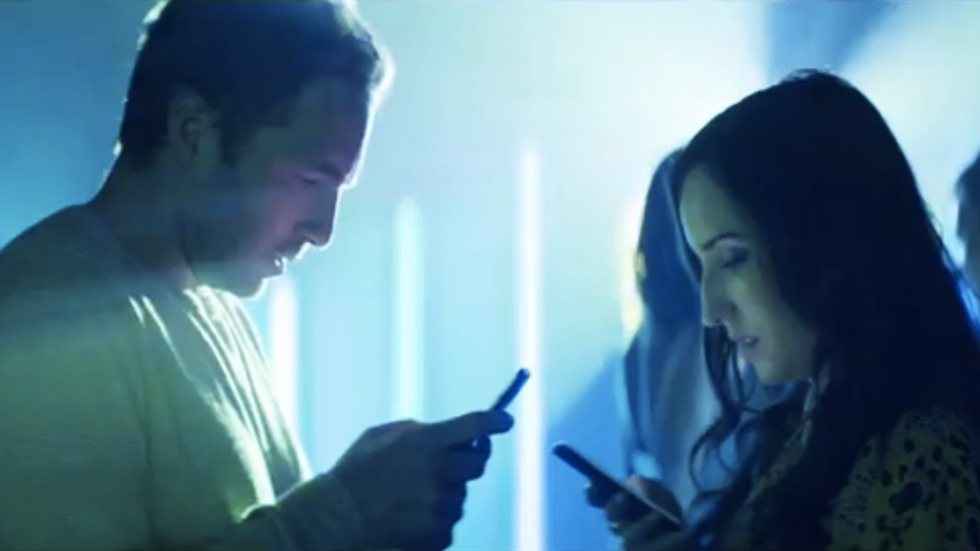 How much creative input did AT&T have on “Let’s Get Digital?”

I think it was more VICE. It seemed to me like AT&T really trusted VICE in handling the creative. I think AT&T seemed more involved with any kind of legal issues that we might be confronted with. License type things, brands. But yeah, they were very cool with all the creative, with the direction that I wanted to take it in. I wasn’t privy to how vice and AT&T collaborated but it seemed like it was very copacetic and everyone was on the same page.

How much give and take was there in your collaboration?

Between me and VICE?

There was a lot of collaboration. They sent me off on writing the script, which Zoe Lister-Jones, my partner, actually co-wrote with me. I would write a draft, send it over and they would bounce some ideas off of me and we would discuss different ideas. So we did that a few times and got it to a place that we all were happy with and then once we started shooting, they kind of left me alone, let me do my thing on set with the actors and find all the locations that I wanted to use and I thought were appropriate and cool and fresh. And same with the music. They really let me guide the music in the film, which I felt enhanced a lot of the fun of it. They really did a great job of kind of letting me do my thing. They had ideas here and there that we would hash out and get to a place that we were all happy with.

Has the trade-off been more advantageous than not?

Having them I think was more advantageous than doing it on my own because they afforded me so many different resources to be able to make the film. They provided me the opportunity, they provided me the workspace, the ability to hire a professional crew and professional equipment. So yeah, I would say 100%. Having them make the film possible for me and helping me put it together and let me drive it creatively, as a filmmaker it was hugely advantageous.

With the film serving to promote AT&T, how will AT&T promote you and the film?

I think through their different social media platforms, I hope. Through their Twitter and their Tumblr and their Instagrams, and all those different platforms. They’d promote it with their Youtube, where we’ve already got a million hits, which is cool.

How do you see these kinds of partnerships affecting the digital media platform in the future?

I think that they are growing and I think that they are going to continue to have a huge impact on digital media platforms because the companies are consistently reaching out to fresh new voices and artists and pioneers of film and TV and the arts to collaborate on bringing a vision and a point of view to their products. So, much like commercials, you can look at what Spike Jonze has done in the commercials space for brands like Gap and Ikea, or David Fincher and Noam Murro, they put their own creative spin on a lot of branded content and it still feels like their voice and their stamp. But, you know, because of their unique point of view I think they get a lot of fans and it helps elevate the awareness of the brand and I think that’s what we‘re seeing happening across the board with digital content and branded content and the relationship that these big companies are forming with cool, hip production companies like Vice who are kind of on the cutting edge of social media content.

How do you see these kinds of partnerships affecting independent filmmakers?

Well I hope that more independent filmmakers are able to form these kinds of partnerships because as an independent filmmaker it’s hard to make a livelihood, and it takes so long to get movies made and we’re all often cobbling together money to get them made and doing Kickstarter and this or that. And we have to support ourselves by doing a number of other odd jobs on the side. I know I’ve definitely done that over the years through editing and videography and all kinds of different little side projects. So I think the more independent filmmakers can help subsidize their livings by doing cool creative projects with bigger companies that are open to letting these independent filmmakers have a vision and collaborate with them and trust that their ideas are kind of in touch with the zeitgeist, it’s a positive step forward for both sides.