Heroines of Cinema: Mimi Leder and the Impossible Standard for Women Directors in Hollywood 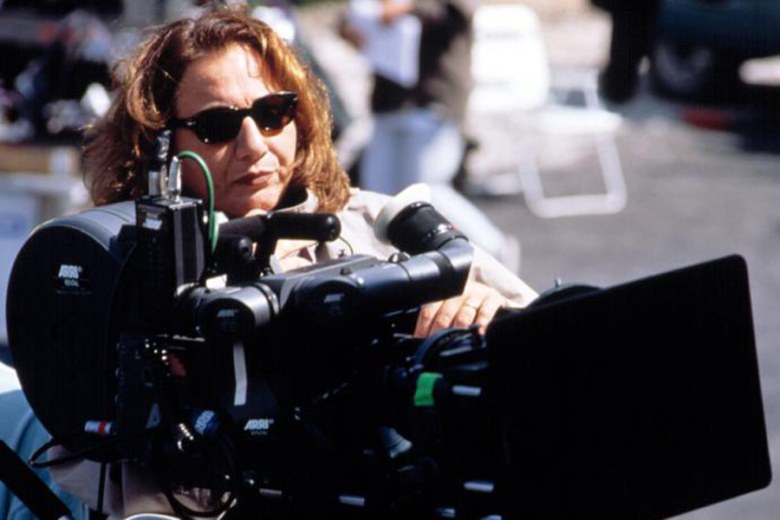 If you were a Hollywood studio, who would you hire to direct your $170 million action tentpole? A director with two blockbuster action hits to their name, or the team behind the commercial flop “Welcome to Collinwood” and the critical flop “You, Me & Dupree”. The answer, for Marvel Studios and their recent Captain America sequel, was the latter.

By all accounts, Anthony and Joe Russo did a great job directing “The Winter Soldier”. But the duo’s feature film track record was not evidence of this potential. I am certain that had a woman directed “Welcome to Collinwood” and “You, Me & Dupree”, she would not have been in the running to direct a major Marvel film. And the name that makes me confident of this? Mimi Leder.

Mimi Leder is a true trailblazer. The first ever woman accepted onto AFI’s cinematography course, she discovered a passion for directing during her studies and decided to make the leap. For over a decade after graduating, she worked in the television industry as a script supervisor, before eventually getting a directing break, just a few weeks after giving birth. “My breasts would engorge and I had ice packs on them and my arms folded over them, trying to direct,” she recalls. “It was hilarious”.

From there she progressed gradually, eventually becoming one of the principal directors on “ER”. She has been credited with pioneering and establishing the steadicam long-take that became the show’s signature style and influenced dozens of shows in its wake. But for Leder, her award-winning work also led to attention from the biggest name of them all.

In 1997 Steven Spielberg, a producer on “ER”, asked Leder to direct “The Peacemaker”. A $50 million high-profile action thriller of the type almost never handed to women directors, Leder herself was surprised by the approach. But according to her, Spielberg convinced her by assuring her: “you’re directing action on “ER” every day”.

Indeed, Spielberg was so confident in his choice that, before the film was released, he then hired Leder to direct “Deep Impact”, an even bigger disaster blockbuster. Thankfully, his hunch paid off. “The Peacemaker” made $110 million worldwide, while “Deep Impact” took $350 million, despite being released in the same summer as “Armageddon”. Mimi Leder was officially a hot property.

But then what happened? To put it bluntly, Leder directed a flop – “Pay it Forward”, starring Haley Joel Osment, Helen Hunt and Kevin Spacey, all three coming off the back of some serious late 90s acclaim. Sadly, for them, the script wasn’t up to it, and the film’s ending stank. Audiences and critics alike gave the thumbs down.

But it’s not like directing a flop didn’t put Leder in good company. After all, Francis Ford Coppola directed “Jack”. Stephen Soderbergh famously followed “Sex, Lies and Videotape” with FIVE underperforming features before he re-emerged with “Out of Sight”. Oliver Stone has directed a triumphant string of flops in the past decade, from “Alexander” and “World Trade Center” to “W.” and “Wall Street 2”. They still let him direct “Savages”. Guess what? It sucked.

But Mimi Leder hadn’t just directed a flop. She’d had the temerity to be a woman who directed a flop. The consequences were immediate, as top level scripts simply stopped being offered to her. “I was in movie jail,” she has drily noted. “It was painful climbing back from that”.

In the subsequent fourteen years, Leder has directed just one feature film (2009’s little-seen “Thick as Thieves”). And yet her track record in features stands as evidence of her under-utilized potential. Her career trajectory seems evidence that women directors face an impossible standard – executives are seemingly just waiting for them to make a mistake, at which point they can be deemed unsuitable, unreliable and unhireable. But failure is part of filmmaking, and an inevitable consequence of risk-taking. In the case of someone like Aronofsky (a director often ripe for a stinker), it’s almost seen as noble.

So how do women get round this dismal double standard? One answer was proposed in an article last week by Monika Bartyzel at The Week which discussed the importance of female filmmakers being supported by male mentors as well as women. It’s easy to get upset that say, Amy Pascal, head of Sony Pictures, isn’t doing more to support women directors. But who would be more susceptible to lose their job if they hired a woman on what turned out to be a massive flop – Pascal, or one of her male counterparts? We all know the answer.

Invoking such connections is not always popular, as nobody wants to look like they’re holding up a successful woman in film and pointing to the man behind her. But that’s not what I’m doing here. Talent sustains a career, but you need breaks and opportunities to get there. Indeed, it would be unfair to all those female filmmakers who don’t benefit from such connections not to mention them, because the old adage remains true: who you know matters. And in a climate where half the industry is seemingly looking for a reason not to hire you, it really matters.

It’s time to put the pressure on everyone with power and influence in the industry – but especially those who benefit from male privilege – to get to know the female talent out there, and then get hiring. The next Mimi Leder is out there. And while we’re at it, so is Mimi.

This Article is related to: Features and tagged Heroines of Cinema