How Indie Female Filmmakers Are Changing the TV Landscape 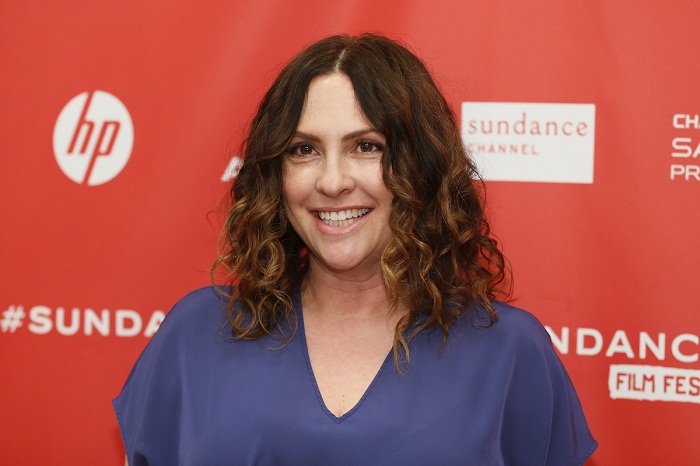 Sundance 2013 was a banner year for the festival in terms of gender equality: women directed eight of the 16 features programmed in the narrative competition. But these numbers are rare outside of Park City, and the Sundance Institute even commissioned a study that revealed a gender gap even persists in the indie world. It’s plainly obvious that Hollywood itself has a hiring problem when it comes to hiring women directors, and recently, the industry and the DGA were put in a headlock by “Punisher: War Zone” director Lexi Alexander in a searing blog post on the issue of diversity hiring. She decried both “the huge lack of people willing to give female directors opportunities,” and the poor efforts on the part of the studios and DGA to organize on this front.

The problem is not the lack of women directors, as Alexander lays out in her post, but the good old boys’ club mentality that permeates Hollywood agencies and studios, where the people making the decisions are hiring the people who look like them. Even Cate Blanchett took the opportunity for a light scolding on Hollywood’s most self-congratulatory night. In light of this environment, it’s no surprise that women filmmakers turn to the indie world.

While it may be long before the studios can remedy this problem (Sofia Coppola’s recent hiring on “The Little Mermaid” is a good step), women filmmakers are turning to television for gigs. With the growth of television on cable, and new, alternative platforms like Netflix and Amazon blossoming and producing original content, television is creating a valuable space for filmmakers, including women. It also turns out that audiences and producers alike are looking for the kind of content that a woman storyteller, and one with an indie ethos, can bring. 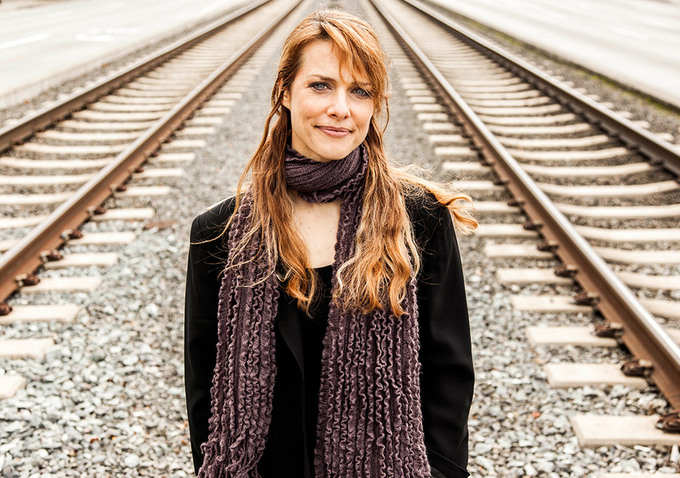 As we’ve covered extensively in these parts, indie filmmakers are the hot new trend in quality television, as SXSW darlings Cary Fukunaga, Lena Dunham, and Andrew Haigh are the toast of HBO this winter, for “True Detective,” “Girls,” and “Looking.” All three have offered up distinctive work, imbued with a signature sensibility developed in their filmmaking. However, not all of the opportunities for indie directors are going to be on premium cable, and that’s okay. Lynn Shelton directed last week’s episode of “New Girl” (and has previously directed several episodes of the series, as well as episodes of “Ben & Kate” and “Mad Men”), and “But I’m A Cheerleader” director Jamie Babbit has made a long career of directing in network television. Not every opportunity to direct is going to be for the much awarded, more cinematic “quality TV,” but having original and diverse talent behind the camera on network sitcoms is just as important.

Perhaps the most surprising example of indie film merging with network television is the much ballyhooed news that mumblecore sweetheart Greta Gerwig inked a deal with CBS to produce, write and star in a spinoff of the laugh track-laden, three-camera sitcom “How I Met Your Mother,” titled “How I Met Your Dad.” While many male critics and fanboys cried “SELL OUT,” (a completely irrelevant term, In This Economy, just ask the millennials), their female counterparts celebrated the news as the chance for a female writer/performer to be given a platform of this size (and to be compensated well for it: one can’t imagine “Frances Ha’ is raking in the big bucks). And yet, as cognitively dissonant as the partnership may be, isn’t it a good thing for CBS to seek out a fresh, modern, and female voice such as Gerwig’s, particularly when the network is best known for fare such as “Two and a Half Men”?

A sitcom isn’t a kiss of creative death these days — just look at “HIMYM” star Josh Radnor, who has switched between the sitcom and Sundance worlds, writing and directing two indie features and co-starring in others while also leading the show. Then again, Radnor may be afforded more leeway; either because he’s a white male, or because he started off in sitcoms before striking out on his own in the indie world — selling out doesn’t go the other way, that would be “posing.” To paraphrase Stephen Thompson of NPR on the Pop Culture Happy Hour podcast, to ask that an artist not to “sell out” is to relegate this kind of creativity to either the independently wealthy or those who remain despondently poor, and that doesn’t seem fair to Gerwig. 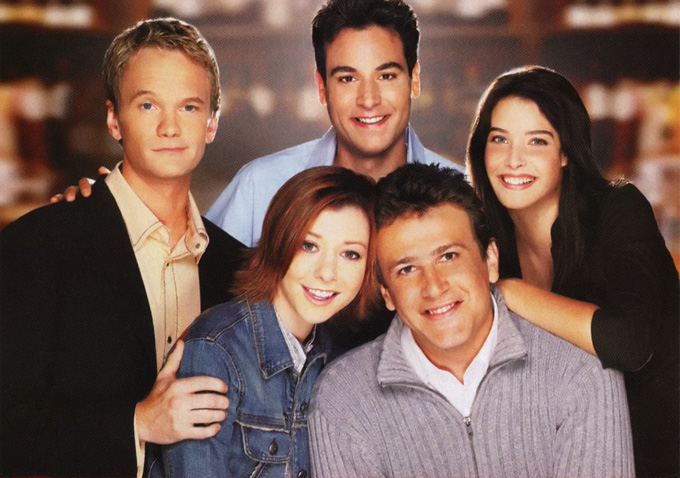 It remains to be seen just what will become of the project (or if it will even see the light of day, whether or not the pilot is picked up), but at its best, “HIMYM” was a sharply written piece of work that was smarter and funnier than expected, based on its network setting and traditional sitcom set up, and though we may be seeing Gerwig in a different light, it’s not necessarily a bad one, just new. Recall that Cloris Leachman won an Oscar for Peter Bogdonavich’s “The Last Picture Show” before she moved on to the “The Mary Tyler Moore Show,” where she garnered herself a couple of Emmys and a spin off. This has been done before.

One of those Sundance 2013 graduates, and winner of the Directing Award for her feature “Afternoon Delight,” writer/director Jill Soloway, is finding a place for her work on Amazon Originals, where her pilot “Transparent” rose to the top of the heap and is going into series production. The sensitively observed, quietly radical “Transparent” is the best example of just what an indie female filmmaker can bring to television. Though Soloway has had a career in premium cable as a writer and producer on “Six Feet Under” and “The United States of Tara,” her directing on “Transparent” is the revelation, as she maneuvers between the complicated family dynamics of an upper middle class LA clan dealing with issues of identity and sexuality.

Soloway brings an open and nonjudgmental perspective to the proceedings, which allows the viewer to easily juggle multiple points of view seamlessly. It’s what she demonstrated in the stunning “Afternoon Delight,” a rumination on sex, marriage, and trauma, which managed to give equal weight to the experiences of every character, which is not always something that can be found, even on “quality” cable programs. Soloway’s empathy for each character’s story is the backbone of her unique individual skill as a visual storyteller. It’s a point of view that’s revelatory and necessary on television, as are the distinctive points of view of Lena Dunham or Lynn Shelton or Greta Gerwig. 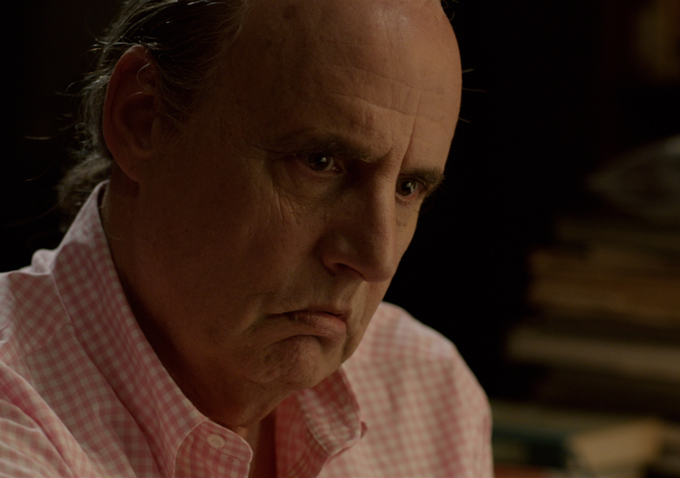 Television has historically been a haven for women’s stories, though in recent years, anything worth watching had to have a male antihero. Which is why the influx of new talent, and distinctly feminine approaches to storytelling, is a breath of fresh air on the television landscape — when women audiences might want to see themselves represented accurately, or empathetically, on screen. Soloway has even started the video website Wifey.tv, whose “Womanifesto” declares it as “a place where you can always go to watch something that’s actually compelling. Complicated. Real. Funny. Sexy. Alive. Like you. Welcome.”

Gerwig and Soloway join a long tradition of women creators who have proved television’s worth, from Lucille Ball to Mary Tyler Moore to Tina Fey to Amy Sherman-Palladino to Marti Noxon (and many, many more). But, what Gerwig and Soloway bring to the table, regardless of their gender, in their talent and specific individual approach, could be even more refreshing and revolutionary.