It's a Tie! Congrats to Indiewire's 2 Projects of the Year: 'Sleepwalkers' and 'Know How' 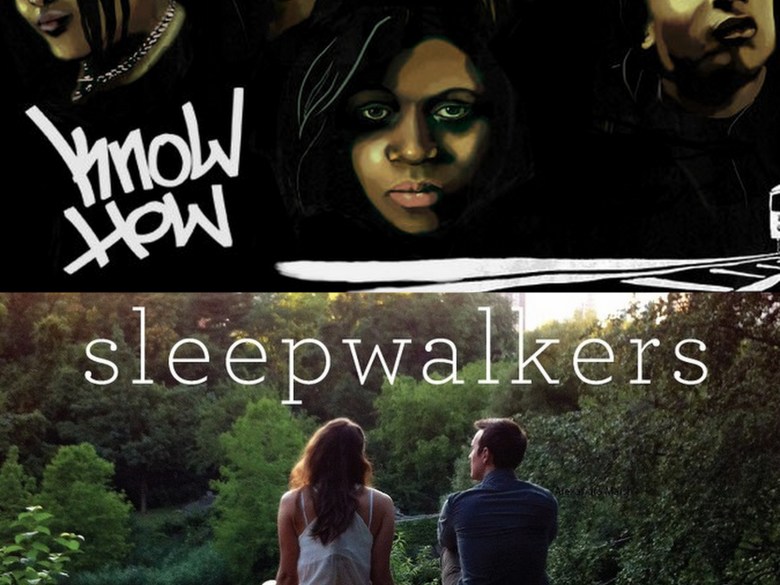 It’s a tie! The voting was so close for Indiewire’s second-ever Project of the Year, that we, along with our partners at the Tribeca Film Institute, have decided to award the honor to the two films with the most votes: “Sleepwalkers” and “Know How.” Each garnered over 4,000 votes to claim the prize, with only 51 votes separating them.

Both filmmaking teams will be heading to the 2014 Tribeca Film Festival to participate in the Filmmaker/Industry Meetings hosted by the Tribeca Film Institute. Last year’s winner was Justin Simien’s “Dear White People.” That film went on to premiere in competition at the 2014 Sundance Film Festival and land distribution with Roadside Attractions.

Here are the pitches that snagged “Sleepwalkers” and “Know How” the prize:

“Sleepwalkers”: Ben is a “Sleepwalker” — a secret alternate personality
that takes over every night when his “Awake” self goes to sleep. Whereas
“Awake Ben” is resigned to a life of monotony, “Asleep Ben” is
determined to make the most of every night with his other “Sleepwalker”
friends. But the lives of both Bens become complicated when Sleeping Ben
falls for Allison, an “Awake” waitress at an all night diner, and the
lines between their two worlds — previously so distinct — begin to blur.

“Know How”: “Know
How” is not a documentary nor is it fiction. It’s a new hybrid
approach for using film to create social change. Instead of professional
screenwriters and actors, these stories are written and performed by a
cast of ordinary foster care youth, and their performances are powerful,
moving, and eye-opening. “Know How” is a musical that brings authentic
voices and unseen stories to the screen. It’s a bit of a cross between
“The Wire” and “Glee,” but not really. And it really aims at driving
social
change.

Typically only open to Tribeca Film Institute grantees, the
Filmmaker/Industry meetings are a great place for filmmakers to be
linked with sales agents, co-producers, and mentors. Congratulations to both projects!

Watch the trailers for both films below:

This Article is related to: Toolkit and tagged Project of the Year