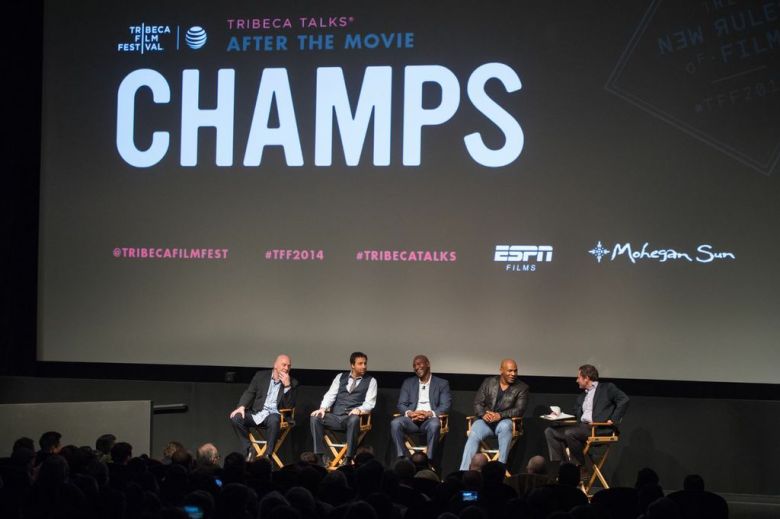 “Champs,” which had its world premiere at the Tribeca Film Festival on April 19th, is much more than a a documentary about boxing. As Zeba Blay writes in her review over at Shadow and Act, “‘Champs’ is as much about boxing as it is about the triumph, and failure, of the so-called American Dream.”

One of the film’s storylines was about how boxing plucks usually minority fighters out of poverty, catapults them into astronomical wealth and provides no education on how to navigate the pitfalls of accelerated upward class mobility. Both Tyson and Holyfield gained and lost millions, and when Schaap made a comment about the fall from the upper class, Tyson quipped, “Have you seen my bank account lately?”

When Schaap turned the conversation towards Tyson’s notorious past (such as his prison conviction for rape), the boxer appeared introspective. “As long as I’m me, Mike Tyson, emotionally, as long as I can emotionally distinguish myself from this heavyweight champion guy, I have a great life.”

Regarding how his circumstances have changed over the last decade or so, Tyson said, “Ten years ago, if you asked me where I’d be now, I’d have said fucking dead. But I’m not dead. I have an awesome life. And I’m just very grateful. That’s the one thing I try to convey. Gratitude. And i just don’t take myself too seriously. My only problem is… I took myself too damn serious, and that got me in a lot of trouble.”

Of course, the reality is that’s not what got Tyson into trouble — but that’s fodder for a very different documentary.

Though the film is ostensibly about boxing, it also addresses larger issues in contemporary America, such as the dramatic economic disparities. According to Marcus, boxing is “a microcosm of so many bigger issues that are going on in this country and I felt like this was such a cool and unique way to shed light on them and unearth some of the disparities between wealth and poverty, the fact that we don’t focus on education and rehabilitation and informing people and providing people an avenue to succeed.” 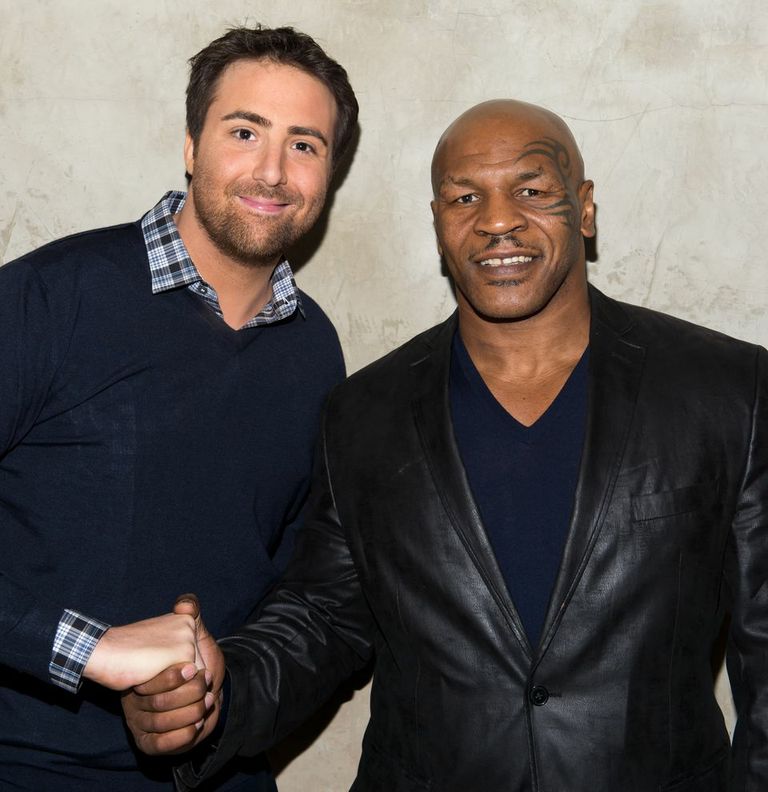 Following the Q&A, Indiewire had the chance to sit down with Tyson and Marcus to ask them some more questions:

The film covered so much ground. What was a crucial theme, in your mind, that you had to let go?

Bert Marcus: Well there are so many social issues I think that we touch on, and you can’t get off into a social issue film. It needs to be seen organically through the characters. So i think there’s a fine line between getting your point across and having an impactful film that follows characters rather than, like, preaching. The goal of our documentary is to show that the one thing that ends up saving these guys ends up ruining their life at the same time. That’s the irony. It’s the ultimate paradox.

There’s that and then also our goal was to make it more like a film and not just a documentary.

It felt very climactic and I think that the reenactments were a big part of it.

BM: The cinematography, the graphics, what we shoot on the camera, the lens, we tried to make it a theatrical experience so that you really feel part of it and it’s not heavy handed. A lot of documentaries are preachy and trying to slap you in the face with what they’re trying to do. We’re trying to do it in an organic way where you as an audience member can take from it what you want and hopefully enact change. Our goal is to make positive changes through great entertainment.

Since this was your first time seeing the film in its entirety, how would you sum up the experience in one word?

One of the things you said in the movie was how you’re always trying to find more ways to become conscious about yourself. Do you think you found a new way of looking at yourself after that movie?

MT: Yeah. From the perspective of, we as people, we always try and self-aggrandize ourselves, we are afraid to be small, what we truly are. We’re afraid to be in our infancy.

Afraid to be in our what?

MT: Infancy. That’s what drives most of us. We don’t want to be looked upon as nothing. But that’s what we are.

MT: 100%. Once we get more in touch with that, we can learn how to protect ourselves. We can take that little boy that’s in us, that little girl, whoever it may be, and we can look at ourselves from a different perspective. Self-analyzation. One of these great philosophers said, a man who doesn’t analyze himself isn’t worth living. We all have to look at ourselves from that perspective and evaluate ourselves. What did we do today? Did we do anything amoral? Will we be proud of ourselves today? We have to take our inventory. Or at least that’s how I look at it.