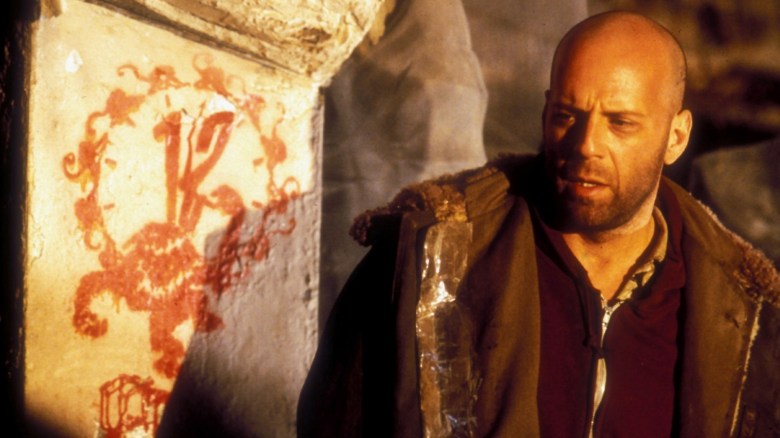 Two pilots based on movies go in, only one comes out. SyFy has decided to move forward with the television adaptation of Terry Gilliam’s 1995 film “Twelve Monkeys” and pass on “High Noon” from “Hannibal” creator/writer Bryan Fuller, according to Deadline Hollywood. Both shows received pilot orders, but the network announced today they would only be ordering 12 episodes of “12 Monkeys” (fittingly) for a premiere in January 2015.

“12 Monkeys,” the TV show, revolves around a time traveler played by Aaron Stanford (“Nikita,” “X-Men 2”) who’s trying to save the world from a deadly plague destined to wipe out most of humanity. The role was played by Bruce Willis in the ’95 film, but it was Brad Pitt who earned an Oscar nomination for his part as bug-eyed, mad as a hatter, Jeffrey Goines. No word on if Goines will appear in the show or who will be playing him, but Amanda Schull, Noah Bean, and Kirk Acevedo are all set to appear.

“’12 Monkeys’ is a captivating time travel adventure and high stakes race against the clock,” Dave Howe, president of SyFy, said.

SyFy seems to be in the business of adapting movies to TV with not only these two projects, but with an adaptation of the film “Legion” — now titled “Dominion” — also in the works. What do you think, dear readers? Do any of these projects peak your interest? Can “12 Monkeys” live up to the high pedigree of its predecessor?