Tribeca Review: How the Anton Yeltchin Drama '5 to 7' Represents the Worst Aspects of the 'Famous Writer' Genre 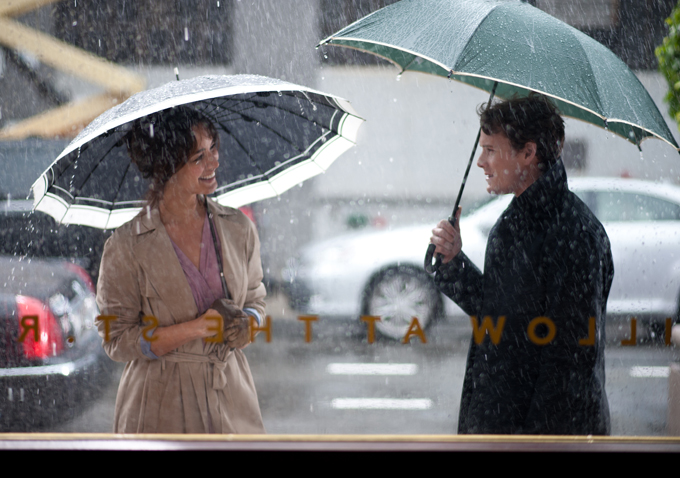 There is an entire genre of films about a young man yearning to be a famous writer. A blank, unpublished slate at the film’s beginning, these mild-turning-bold characters lose their innocence and find a topic — usually heartbreak — discovering themselves by the end credits. Perhaps it’s ripe fodder for cinema because people are reading fewer books these days?

“5 to 7” represents the worst scenario of the genre. It opens unpromisingly with the hero, Brian Bloom (Anton Yeltchin) announcing in a precious voice-over that the best writing can be found on the benches of Central Park. The worst writing is in the rejection letters he pins to his walls from magazines to which he has submitted his work. (Apparently, no one in this film communicates via email). Such are the quirky writer-ly details that inform his character.

With no identifiable job, this 24 year-old would-be writer meets Arielle (the stunningly beautiful Bérénice Marlohe), an attractive 33 year-old French woman. They bond over smoking and exchanging twee romantic banter (when she asks him how he fares during a rainstorm, he replies, “damp”).

Most viewers will not be enchanted by such dull-not-droll repartee, and the talky “5 to 7” is full of such pablum. These bon mots, however, are writer-director Victor Levin’s attempts to achieve a kind of Woody Allen-esque charm, and they are used at every opportunity, as when Brian observes, “life is really something sometimes.” It’s a generic sentiment better suited to a park bench inscription.

Arielle and Brian embark on an extramarital affair at the St. Regis hotel between the hours of (you guessed it) 5 to 7, which is the only period when the married with children Arielle will be available for Brian. This arrangement initially concerns the young writer; he has an ethical quandary about Ariel’s open marriage to her husband Valery (Lambert Wilson). But he gets over it in three weeks.

Valery, who also has a young lover, Jane (Olivia Thirlby), an editor at Farrar, Straus, and Giroux, is comfortable with Brian seeing his wife. He even invites Brian for a dinner party attended by Julian Bond and maestro Alan Gilbert, among other luminaries. Brian is suitably impressed, and this sequence shows a glimmer of what a witty, sparkling romantic comedy “5 to 7” could have been. It even allows Jane and Brian to bond. Alas, she is mostly relegated to playing Brian’s cheerleader in the film.

Unfortunately, most of the film offers scenes of the experienced older French woman telling Brian that he is “a natural lover whose body expresses beautifully what is in his heart.” He later tells her he lost his virginity over Passover.

That Brian is Jewish does not go unmentioned. There are a handful of scenes featuring Brian’s parents played by those curiously cast uber-Jews Glenn Close and Frank Langella. Both performers do what they can with their limited parts, which consist of making neurotic unfunny comments about money, Arielle, and the cost of parking lots in New York City.

Meanwhile, Brian gets a prestigious literary honor in a cringe-inducing sequence that includes an episode in which an editor of The New Yorker encounters Brian and his awkward parents. It is here that the film enters the realm of pure fantasyland. Book deals and marriage proposals are proffered, but there is never any sense what Arielle possibly sees in Brian, or that he is a talented writer. Instead, there are cutesy, non-romantic scenes consisting of the couple giving each other blind taste tests: She tries to teach him the difference between red and white wine, and hopes she can distinguish between Guinness and Miller beer. The leads’ attempts to be ingratiating yield downright embarrassing results.

There are many things wrong and unrealistic about “5 to 7.” Levin gilds the lily by setting his silly romantic/coming of age drama to an inappropriately syrupy score. When Brian asserts that “suffering has to be good for something,” he sure wasn’t talking about how pained audiences will feel watching this film.

HOW WILL IT PLAY? A Tribeca Film Festival world premiere, “5 to 7” is unlikely to travel widely or make much of an impact at the box office, and will likely wind up on VOD platforms with a very limited theatrical release.