TV Review: How WGN's 'Salem' Alters History By Asking You To Believe In Witches 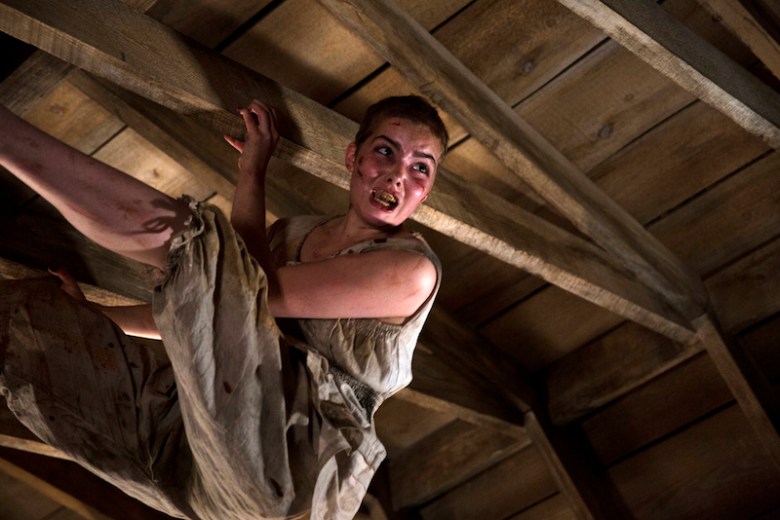 When someone mentions the tiny town of Salem, Massachusetts, your mind probably goes to false accusations of witchcraft, the dangers of a mob mentality, and lessons in junior high English class on the power of allegory. As horrific as the fictional events were in Arthur Miller’s Tony-award winning play “The Crucible,” the genre of horror and all its caveats don’t immediately spring to mind. WGN America is looking to change that with “Salem,” its first scripted series. The dramatic retelling of the 1692 Salem witch trials posits that witches being hunted weren’t fallacies at all, but real Satanic beings manipulating the town folk into a state of paranoia and fear. 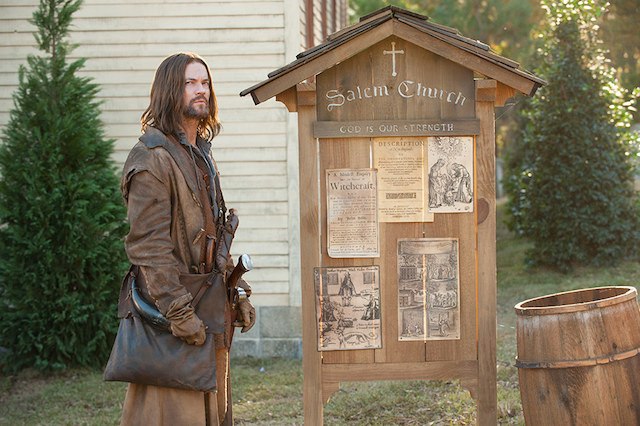 Created by Brannon Braga (“COSMOS,” three of the “Star Trek” series) and Adam Simon (“The Haunting in Connecticut”), “Salem” deals with witchcraft in a literal manner. From the first scene forward, witches are portrayed as being very, very real. There’s no question in the viewers’ minds whether or not what they’re seeing is a trick, a mental illness, or even a mutant infection — these are demon-worshipping, seance holding, pig’s-head-wearing witches. While being held in suspense as to what’s real and what’s not has done wonders for television shows and movies of the past, “Salem” isn’t messing around with that stuff. It’s set on establishing a classic battle between good and evil with the souls of our early nation’s settlers in the balance — conventional, but shocking, and that’s most certainly by design. Choosing a horror show as their network’s first scripted series was no accident — WGN is betting on the shock and awe strategy to lure in new viewers, a kind of attention-getting announcement via sex and violence on a network previously known for airing Chicago Cubs baseball and old sitcoms.

For the most part, it works. The premiere episode knocked me on my heels after growing up with WGN as a safe, family channel. The show opens with a couple being whipped for “committing the sin of self-pollution,” or, as far as I can tell, seeing each other naked and kissing (maybe more). In what could be a nod to another tale of literal interpretations of the Bible gone awry, “The Scarlet Letter,” an “F” is seared onto Isaac Walton’s forehead as a permanent reminder of his crime, despite objections from our story’s hero, John Alden. Played by Shane West (“Nikita,” “ER”), Alden is a more liberal-minded thinker than the Puritan society surrounding him, and not simply because he enjoys physically expressing his love for Mary, so much so that he gets her pregnant and skips town to go to war before she can tell him. Scared of the town’s ruthless overseer George Sibley, Mary goes off into the woods with a “friend” and things just get weirder from there on out.

Without spoiling too much — though the pilot wraps up as many storylines as it leaves open — we soon jump forward seven years to Alden’s return to Salem. The town is awash in rumors of demonic possession and Satan worship, but Alden is too level-headed for any of that. He’s seen war and seems to trust the power of a musket over the hand of the Lord (not that he’s a blasphemer, mind you). Mary has married, but it’s not that she didn’t wait the seven years that gets to Alden — it’s who she married: George Sibley. With this somewhat traditional love triangle introduced, “Salem” proceeds to go off book for the first and only time in its pilot run by blowing up any expectations attached to such melodramatic romances. Instead of presenting Sibley as the tyrant who somehow conned the beautiful Mary into being his bride, Braga and Simon make Mary into the conniving pseudo-villain out to seek vengeance on the man she blames for giving up her child. She thought Alden had died in the war, leaving a faint glimmer of hope for their reunion, despite how much has changed both emotionally and physically for Mary during their time apart. 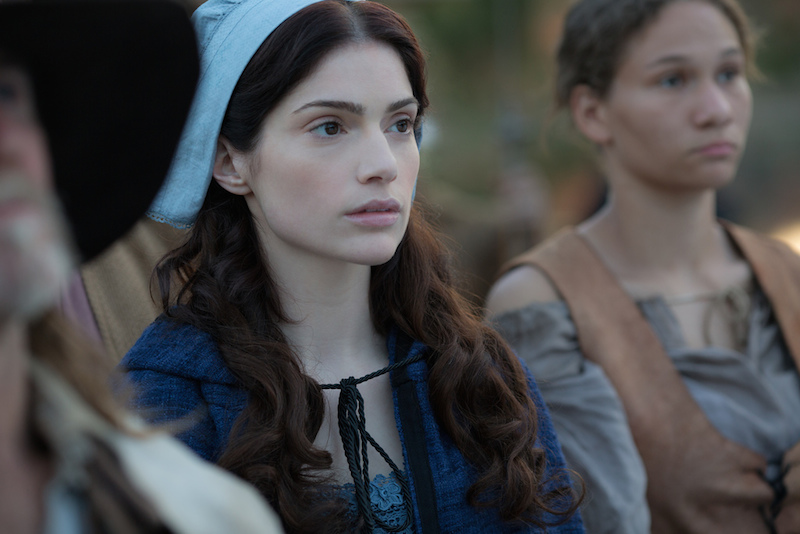 Their relationship is the one piece of truly compelling drama in a show otherwise reliant on ghoulish make-up, contorting bodies, and traditional demonic tendencies for attention-grabbing jolts. While there are some legitimately unnerving scenes in “Salem,” most only succeed as such because of purposeful confusion brought on by fast cutting and grisly makeup. They illicit a reaction, for the most part, but it ain’t all pretty. Despite a nearly ornate production design, parts sink from drama to camp, usually when Mr. West is asked to spit inspiring lines or sarcastic quips meant to bolster his hero factor rather than mute it. The “ER” veteran has carried a permanent glower on his face since “A Walk to Remember” (perhaps because of it), and despite a grizzly beard and hair long enough to make him appear two steps removed from a caveman, the look betrays him here. Alden, a war veteran watching his hometown fall apart around, has plenty to be upset about, but West is unable to elevate his emotions past those of a lumbering simpleton.

Unfortunately for West, his one-note depiction is paralleled by Janet Montgomery’s magnetic turn as Mary. Asked to run the emotional gamut in less than an hour, Montgomery handles Mary’s transformation from lovestruck maiden to manipulative town matron with vigor, channeling the spirits of a young Winona Ryder in “The Crucible” and older Winona Ryder in “Black Swan.” She’s the true lead of the show, despite being forced to share the load with the hero aiming to win her back and end her reign. It’s a juicy romantic rivalry established in this first hour, and hopefully one that proves fruitful during the show’s 13-episode run. While it’s a wise financial move for the network’s first series to draw in a new audience with the hot genre of TV horror, they’ll need something more to make sure they stick around once the shock wears off.