Why Indie Film Institutions Are Turning Their Attention to Web Series 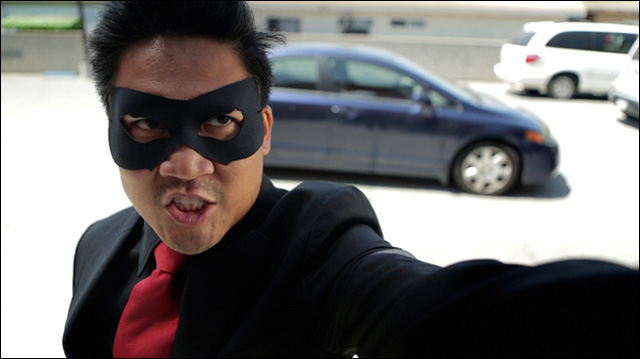 Once upon a time, “film” literally referred to pieces of celluloid through which light projected moving pictures onto a big screen. Originally, a television was just a device – a box grabbing electronic signals out of the air, unscrambling them and delivering images to our living rooms. Today, though, most movies are no longer technically “film,” and “television” refers to just about any form of serialized storytelling. As entertainment continues evolving for both creators and consumers, a broader multi-platform storytelling community is taking shape, and just last month two major organizations that have both primarily supported independent film and filmmakers for over three decades revealed separate plans to support and encourage this growing digital revolution.

Just one week apart, the Sundance Institute and the Independent Filmmaker Project (IFP) each announced new programs debuting this fall focused on serialized storytelling for both television and online platforms. Sundance will model its new Episodic Story Lab after their long-running Screenwriters Lab. Meanwhile, RBC’s Emerging Storytellers project forum will inaugurate a Web Series Sidebar during this year’s Independent Film Week, running from Sept. 14-18. Both programs have been in the works over the past two years, and the announcements came on the heels of SXSW’s inaugural “Episodic” section the week before.

IFP dipped its toe into this pool last year, inviting Patrick Epino and Stephen Dypiangco’s web series “Awesome Asian Bad Guys” to participate in the Emerging Storytellers narrative project forum, and this year will accept five web series – in any stage of development, production or post-production – into the sidebar.

Although Sundance also run labs for film music composers and playwrights, and IFP recently broadened its mandate with the opening of the Made in NY Media Center, both organizations are most well-known for supporting feature-length filmmakers. In an environment regularly producing new think-pieces about the death of cinema and the future of distribution, one might question if these new programs are simply a first step both organizations evolving from features towards the hot format of the moment.

But that’s not the case, said Keri Putnam, Executive Director of the Sundance Institute. In fact, she considers the new lab “additive.”

“[Evolution] suggests that new forms are going to transmogrify or replace old forms,” she said in an interview. “That’s not actually what I think is happening here. There is a broad and very exciting diversity now of how you can tell and distribute a story.”

IFP’s Executive Director Joana Vicente concurred, noting that the organization’s main focus remains the support of feature filmmakers, but also acknowledged that branching into web series is a natural next step for IFP. According to Vicente, Disney’s acquisitions of YouTube network Maker Studios for half a million dollars is one indication that the web series universe is expanding rapidly. “There is a growing market and opportunity [in the web space],” Vicente said. “There will be new companies coming into that space, and they will need talented filmmakers to create all different kinds of content.”

Both organizations emphasize that their goals are to support the storytellers while developing and responding to their creative communities. The launch of both programs seems to stem from doing just that. Although the two organizations have a relationship with each other, have worked together on other programs and have supported many of the same filmmakers and projects, the timing of the announcements was coincidental.

IFP’s inclusion of “Awesome Asian Bad Guys” last year played a big role in the organization broadening into the web series format. Dan Schoenbrun, Communications and Programming Coordinator for IFP, mentions that several 2013 Emerging Storyteller participants asked him, “What are you guys doing with web series?”

Web creators, Schoenbrun said, “don’t really have a safe space to have these conversations and to be supported in a way that IFP has very traditionally supported the feature film world.”

Putnam said that Sundance tries to “listen to what interests our community of independent storytellers, [identify] where storytelling is going, and then respond as an organization that is dedicated to furthering the craft of storytelling. We know that a lot of independent film artists traditionally working in feature length film have discovered the creativity that’s possible in this new medium but lack a little bit of understanding how to structure a story over multiple parts and how the actual craft applies in that format.”

Vicente said that new technologies and platforms have created a number of new opportunities for filmmakers, but a model for sustainability remains a core dilemma. IFP Deputy Director & Head of Programming Amy Dotson added that the conversation among the IFP’s membership community has recently shifted from access to money and information to overall sustainability.

“There are so many possibilities on the web — in a business sense and in a tech sense — but they’re siloed,” Dotson said.  “So part of the larger strategic thinking behind this is really ensuring that some of those silos begin to break down and that creative people, technical people and folks from the business side are all able to speak the same language, have a conversation and find ways to make these stories come to life.”

Sundance seems to have the same approach. Putnam and Michelle Satter — Founding Director of the Sundance Institute Feature Film Program, who will shepherd the Episodic Story Lab — had discussed the idea of an serial storytelling lab for a couple years. In designing the lab, Satter reached out to the television and digital platform communities, finding numerous enthusiastic industry leaders who were eager to contribute.

READ MORE: How TV is the Real Competition for Indie Film

“The response that we’ve received has been extraordinary because they’re excited about being part of a creative community,” Satter explained. “Sundance offers something unique to them. Sundance creates an environment for people to bring their best, most generous selves to their community, and they learn as much as the fellows who come to develop their work.”

IFP has an open call for projects for this year’s sidebar with a May 2 submission deadline, but Sundance’s application is by invitation only. Future labs will offer the same open policy as Sundance’s Screenwriters Lab, but Satter said that this year they didn’t have the time or resources for an open process. Instead, they have reached out to alumni of various Sundance Institute programs and the Sundance Film Festival as well as seeking referrals from industry leaders. The response so far has heartened Satter, who believes “we’ll be looking at somewhere around 500 or 600 projects,” including standard 30-minute or one-hour television comedies and dramas as well as shorter web series.

While Sundance is looking for series still in the development stage for all platforms, IFP will focus solely on web series during this first year, with the possible expansion into more standard television formats in the future. However, IFP will consider web series in any stage of development, production or even post-production.

When Epino and Dypiangco brought “Awesome Asian Bad Guys” to Independent Film Week last year, they had already completed shooting and were headed into post-production. They found the networking opportunities offered there tremendously helpful. Now that they have completed the series, they have begun exploring distribution options, taking advantage of those contacts. (The series premiered at CAAMFest in the Bay Area last month and as part of the Foundation for Asian American Independent Media’s Asian American Showcase at the Gene Siskel Theater in Chicago on April 5. They hope to premiere on digital platforms some time this year.)

Although Epino plans to continue working in multiple formats, choosing the one that best serves the story, the development of these programs encourages both filmmakers. “I just want to apply again,” Epino said.

Ultimately, both Sundance and IFP hope to evoke that kind of reaction, creating enduring relationships with storytellers. According to Schoenbrun, IFP has “started focusing less on specific projects and more on providing opportunities for filmmakers, whether that means introducing them to other media or finding ways for them to continue to get to tell their stories in the modern storytelling climate.”

Sundance’s Putnam and Satter also see their programs as the entry points to an ongoing process. “The lab is just the beginning of our relationship with a writer over an extended period of time,” Satter describes. “What we’ll do is hopefully transition some really strong writers from the independent space and give them an opportunity. We’re looking at writing and storytelling in a very fluid way.”

Naturally, one intriguing possible forum could be a similar stand-alone section at the Sundance Film Festival, but Putnam and Festival Director John Cooper have yet to discuss the possibility. “I think we’re going to take one step at a time here,” she says. “Let’s see how the lab shapes up.”

Just like the projects they will incubate, both the Episodic Story Lab and the Web Series Sidebar are works-in-progress, and organizers for both Sundance and IFP plan to learn a great deal from this year’s initial programs. But a larger message from both of these organizations is clear: Two decades after the peak of the ’90s independent film boom, 15 years after HBO ushered in this third golden age of television, and nearly a decade after the launch of YouTube, serialized storytelling in multiple formats is quickly becoming a preeminent and more attractive space for the independent filmmaker.