Why Sitcoms like 'Friends With Better Lives' Never Stand a Chance 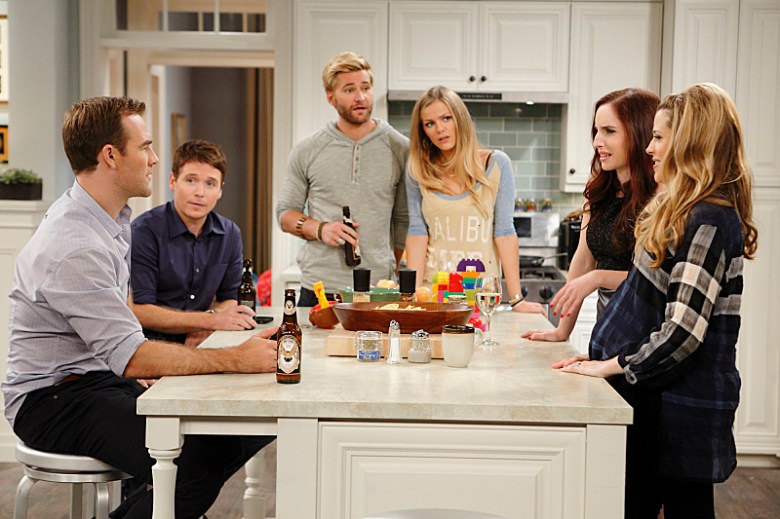 After years and years of putting in time in front of the small screen, any fan of television can point out a bad sitcom without much of a problem. I certainly can, and I was able to say that way before I started doing this for a living.

So I might as well not mince words: “Friends With Better Lives”, currently airing on CBS on Monday at 8:30 PM Eastern, is a bad sitcom. For the time being, at least. And what stinks is that it’s squandering what potential it might have to be the next great hangout sitcom, and the Eye Net may not give it time to get there.

But why is “FWBL” so bad? The easy answer, of course, is that it’s just not funny. But I’m not obnoxious enough (at least not in public) to deem myself the sole arbiter of what’s funny. For all I know, there are millions out there who have watched the show’s first four episodes while holding their sides from all the laughs the show gave them. 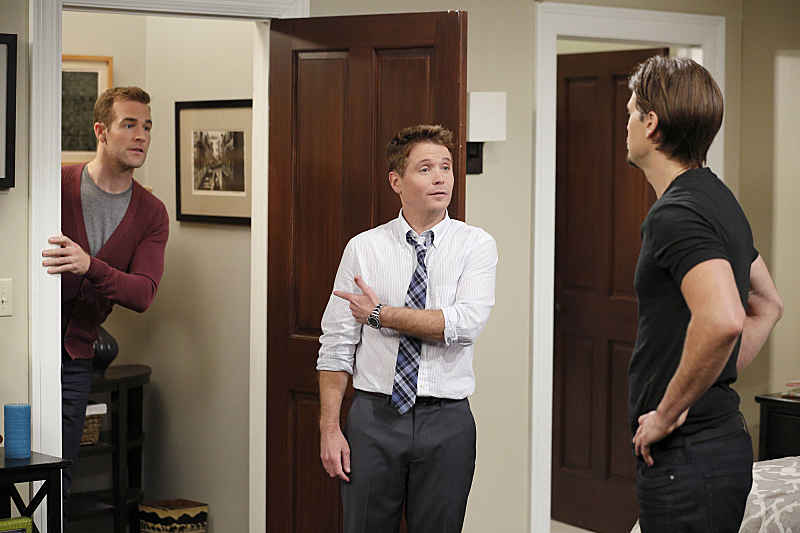 What I’m talking about is that the show has fundamental flaws that are illustrative of why some comedies are wildly successful and funny and others fail miserably. These flaws are especially noticeable in the multi-camera format of “FWBL,” but can be seen in single-camera comedies as well.  There are a number of big reasons why sitcoms like “FWBL” stumble out of the gate and others, like “Trophy Wife” or “Brooklyn Nine-Nine,” don’t:

Firstly, it seems like in bad sitcoms, the writers don’t trust that their characters’ personalities can generate humor, so they load them down with gags.  One of the plots from last Monday’s episode of “FWBL” was when the just-divorced, no-game doctor Will (James Van Der Beek) meets a wild woman in a bar and doesn’t know how to respond when she sends him a text of her privates.

There were legitimate opportunities to squeeze humor from the fact that this handsome guy has no idea how to woo the ladies, but they were lost amongst an avalanche of dick pic jokes, even when he made the mistake of sending her a pic of himself “in repose”, so to speak. Then, when he corrected that mistake, he said “it told a story,” and that was that. That could have actually been the whole plot, much like the “shrinkage” plotline that George Costanza suffered through on “Seinfeld”. Instead we went from dick pic jokes to tired visual gags of Will being tied to the woman’s bed with Christmas lights. 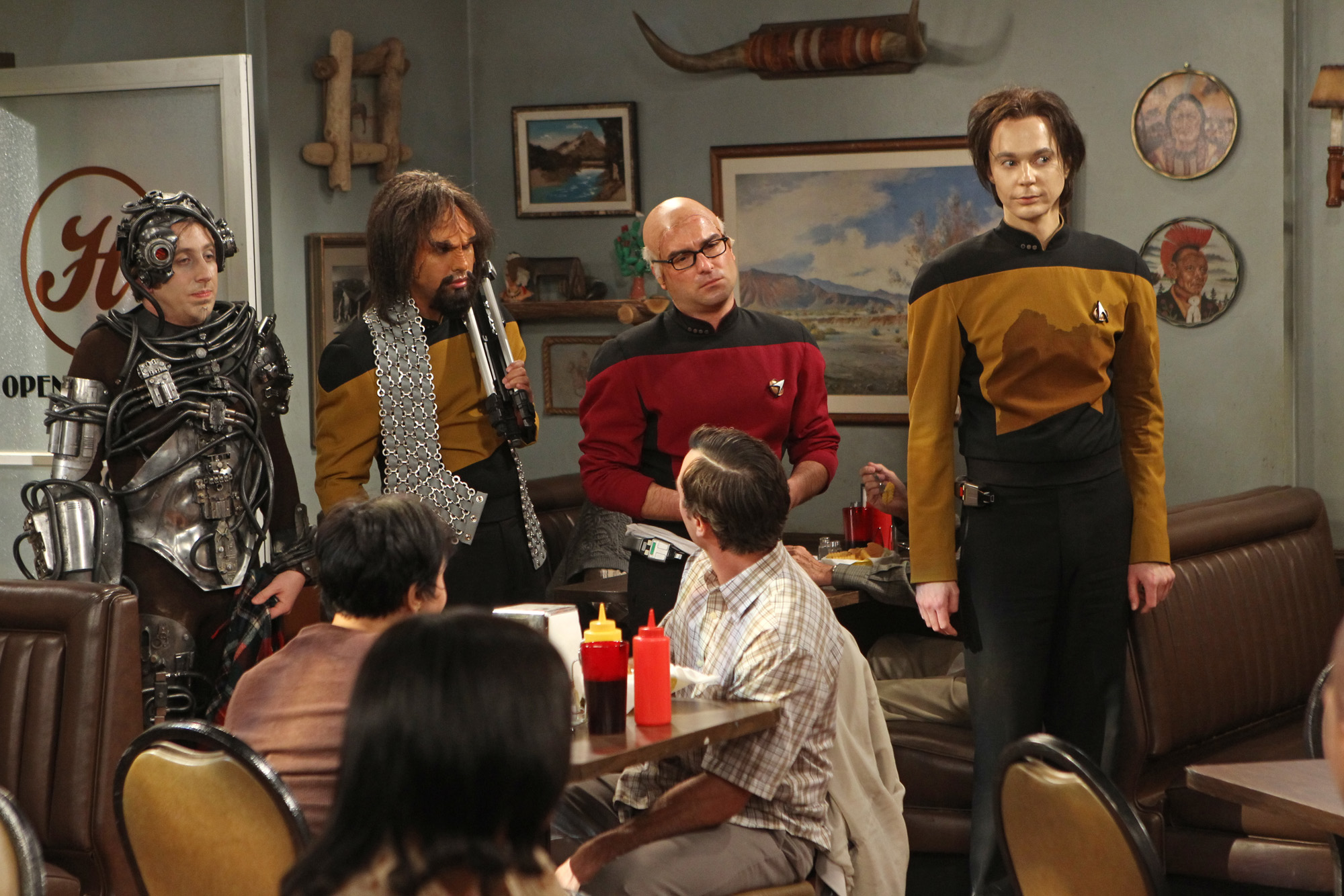 Why have shows like “The Big Bang Theory” worked for the most part since day one, despite being in the derided multi-camera format? Because the characters’ personalities were established from the start, so jokes immediately came out of Sheldon’s Asperger-y tendencies, Leonard’s desire to be normal, Raj’s inability to connect with women and Howard’s sliminess.

On “FWBL,” there’s potential for that, especially between Will and the utterly single, successful, romantic cynic Kate (Zoe Lister Jones). We saw that in the second episode where they couldn’t bring themselves to kiss each other, even if it cost the both of them an intriguing menage a trois with yet another bar encounter. But Kate was also helping Will develop some game, and it’s definitely feeding a love-hate friendship that could flower into something more. The other four characters — married couple Andi and Bobby (Majandra Delfino, Kevin Connolly) and just-engaged lovebirds Jules and Lowell (Brooklyn Decker, Rick Donald) — are just not developed enough to do anything but spew snide one-liners.

The show also does a lot of telling and not a lot of showing. When you rely on gags, especially ones that tread the network standards and practices taste line, you tend to have to use a lot more words than you need. There could have been better ways, for instance, for the sexting jokes to play out than to just have a series of dick jokes. More looks of horror or laughs or exasperation would have gone much further than a torrent of wisecracks. In the threesome episode, there was a plot where the friends chide Jules for becoming a vegetarian like her Aussie fiancé; in a scene where she eats a burger, she’s almost as orgasmic as Meg Ryan at Katz’s Deli. And while the scene didn’t completely work, and a squirt of mayo coming out of the burger was a bit on the nose, I give the writers credit for not explaining the joke with too many words.

It also doesn’t help to have plotlines that have been done to death on sitcoms for eons. In the sexting episode, Bobby and Lowell tear through a hospital tennis tournament, largely on the strength of the usually Zen-like Lowell being a taunting, competitive freak. But the plot fell apart immediately when two senior docs threaten Bobby with professional hell if they don’t throw the match. Why not play on Lowell’s ferociousness and how much it offended people instead of going the route of “throw the match or there will be trouble?”

There’s nothing really new about “Friends With Better Lives,” but there’s enough there to think that, with the time that most sitcoms need to find their legs, a lot of the problems detailed above can be worked out. But the show’s dismal ratings, paired with the looming upfront season, means that “FWBL” probably won’t get that chance. That sort of limited window makes it all the more important for sitcoms to debut with strong characters, even if it takes time for those characters to find their voice. “FWBL” didn’t do that, and it’ll likely pay the price for it.