Cannes: Asia Argento on Saying Goodbye to Crap and No Longer Feeling 'Misunderstood' 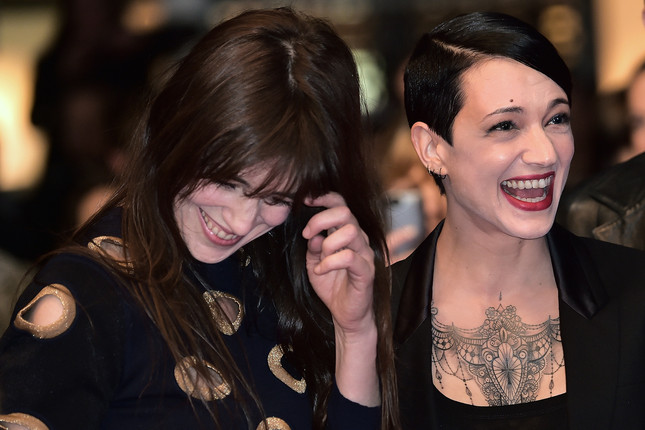 After a 10-year absence from the director’s chair, Italian multi-hyphenate Asia Argento returned to the Cannes Film Festival last week with her third, and indisputably best feature, “Misunderstood.”

More grounded than her last two efforts, “Scarlet Diva” and “The Heart is Deceitful Above All Things,” the coming-of-age tale “Misunderstood” is Argento’s most accessible film to date. The drama points to great things to come from the artist, who announced on her Twitter page last year that she had given up acting to focus on directing and other endeavors. “Misunderstood” centers on Aria (portrayed by the remarkable Giulia Salerno), a nine-year-old who feels unloved by her vain actor father and deeply troubled mother (a ferocious Charlotte Gainsbourg).

Indiewire sat down with Argento in Cannes late last week to discuss her new film, its autobiographical elements (Argento is also the daughter of a famous film professional, horror legend Dario Argento), and working with child actors.

It’s been 10 years since your last film. Were you nervous bringing “Misunderstood” to Cannes?

Very strangely, no. I knew always where I was going to go with it — it was really a group work. In the editing and then during the post, I didn’t show the movie to anyone. No friends, nobody. Only my children. And the producers, of course. I didn’t want to be contaminated because I know that people don’t understand a movie when they see it on a small screen — what it’s going to be like. So I didn’t want to be diverted from this target that I had this whole time. I’m sure that everybody who did the movie had the same vision, which is the movie came out. 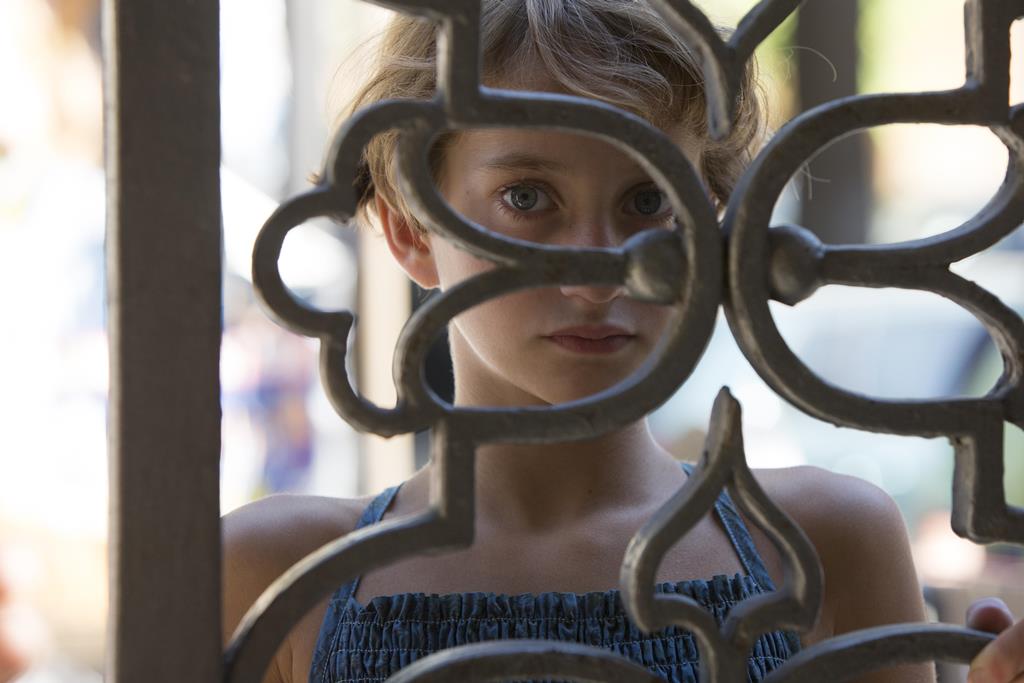 There was this moment that people kind of lost the clock. The producers didn’t know, they thought I was lost. I knew exactly where I was going. There was a moment when I did the post-production in Los Angeles and I felt this peace. This peace that has been with me ever since, of having hit the target I wanted to hit. And that doesn’t mean I did a great movie or a bad movie, or whatever. So this is very peaceful. No praise, no critique can take this away from me.

So yesterday I wasn’t nervous, and it’s strange, because I’ve had movies here as a director. As an actor it’s worse because you have to do all the glamor, the ego…It took me 30 minutes to get ready as opposed to before when, as an actor, you have to spend one month before figuring out what to wear, the high heels and all that crap. I’ve had enough of that, I’ll tell you, for a lifetime. I was uncomfortable with that and it is against my nature. I forced against my nature with that and it was unhealthy for me. But in any case I was very comfortable wearing the man suit and the flat shoes.

Is “Misunderstood” at all autobiographical of your own childhood?

Yes and no. I mean it’s a very tricky thing for me to talk about because I know that this is what everybody wants to know: how much it related to my life. We could go into details of “this happened and this didn’t happen” — or nothing happened. I could pretend like none of this happened. But I think what made it necessary for me to tell this story was it wasn’t because it was my story, it was because it’s universal. Every sex, every race, every century, every childhood has had this feeling of injustice, this feeling of being misunderstood, whether it’s the family, whether it’s the school, whether it’s your friends, etc. It’s a scar that everybody carries. For me this is why it was necessary to tell this story. I felt it had this universal voice of the child.

Family is not a democracy. School is not a democracy. Children don’t have a say. Family is actually a totalitarian regime where the parents decide everything. Most of the time. Sometimes children can say, “I want this t-shirt white and not in blue.” But at the same time the voice of the child already is coming from down below. Even physically the children are in a position of submission because of the height. The parents never go down on their knees to listen to what a child has to say. It’s a metaphor not to lower yourself, but to elevate yourself. To understand the urges and needs of a child. And when a child is difficult or is seeking attention, maybe negative attention, it’s because she or he is not getting the right attention. And it’s the parents doing, and sometimes the school’s doing. But parents tend to misunderstand what is going on in a child’s life at school and are not able to help. I’ve learned that. I’ve survived that. And I’m trying everything I can to break this, which is necessary, spiritually, to grow up. Otherwise we keep making the same mistakes.

Did you make “Misunderstood” for your children?

No. I made this film because I started with this one scene. A girl gets kicked out of her father’s place. She tries to go to the mother and the mother cannot take her. She ends up in a shitty garden with her cats. She’s like a stray cat, you know those cats where anything bad could happen to them. But the stray cat, she always finds a way to survive. She goes to the limit of the abyss, but she’s able to survive in a way or another. Everything is born in this one scene. It’s like something that arrived. And the whole movie was constructed around that, and the necessity was the story itself. It was not to self-heal, even though I think without knowing, unconsciously, that I’ve received a huge benefit and grown up enormously. Maybe after I shot it, when I was editing it, pieces of my life came together and still are in a really extraordinary way. 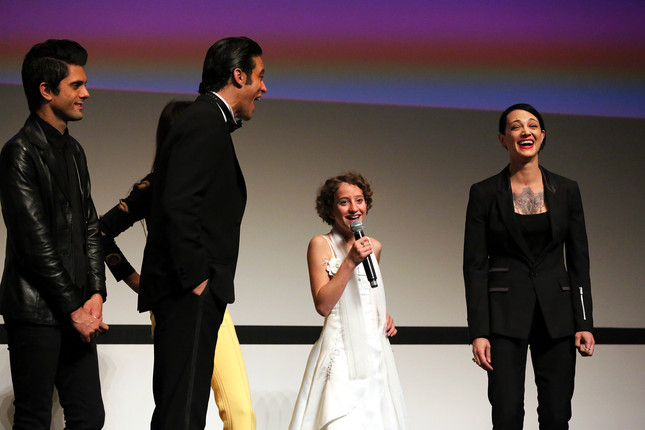 Giulia Salerno is remarkable as Aria. How did you find her?

She’s worked before. I’ve never seen her movies. At first I thought, “How am I going to find this little girl?” I had a very clear mind that it was written for someone very skinny, incredibly smart, not your typical girl, and boyish, too. I had a very clear mind what she had to look like. Kids who act are conditioned, they have tics already. You have to deconstruct them. I looked in schools and stuff. I actually hired a casting director for that. And I saw a few good ones.

Then they showed me a DVD and she came in with confidence, and in her eyes you could feel like she had a soul. She has suffered, I don’t know to what degree. I didn’t want to investigate, unless she she wanted to tell me. Right away I knew it was her. Maybe it was because I was a child actress. I teach acting to kids. I
know when a child has this urge and it’s what they want to do. Most of the time it’s the parents that are failed artists, and are
projecting their own impression. Immediately when I saw her I said, “You wait here,”
and I started building the cast around her that same day. She stayed the
whole day and we started testing other kids together.

All the children from the film stayed at my home for two months before shooting. Every weekend they would sleep at my place. I wanted to create this atmosphere for me to get to know them so it would be natural. They trusted me and I trust them. So they painted all my walls at home, and Giulia wrote “I am different” on the wall.

I wasn’t aware you teach acting to children.

It’s something I’ve done for many years. I do it for free only with talented young actors. It’s something that gives me a lot of pleasure. I never received that as a young actress and I kind of want to be the director I never had as a young actress. Mostly I prepare them for movies. I take actors that are already actors and prepare them for the movies that they are going to do.

No! Oh my god, it was one of the best experiences I’ve ever had in cinema. I fucking love that movie! I learned so much also about filmmaking because the machine was so big. I was like, “This is how you shoot with 16 cameras!” It was amazing. But then, after that I moved to the States because I already had in mind “The Heart is Deceitful,” and I was like, “Great.” I was going to do the cover for Rolling Stone, which made it easier to finance my movie, which is what I wanted to do. I had already done my first movie as a director and this is what I really wanted to do. And then I started getting offered all these action movies as an actress. Big movies. And I had an agent who said, “Just wait a couple of years and we could make it.” And it was tempting — the devil showing you can have all this. And then I was like, “No.” And when I look back at this moment — I was young and my daughter was just born — it was you either go this way or go that way. And I decided to go for something rougher. It led to today, me taking about this. I have a satisfied mind. If I had chosen the other path, spiritually, I would have been drained today. I would have been doing something I wasn’t born to do. And now it’s not what I can do, it’s what I have to do as a person, forever.