Carol Kane on Women Directors, Aging in Hollywood and Playing a Hoarder in 'Clutter' 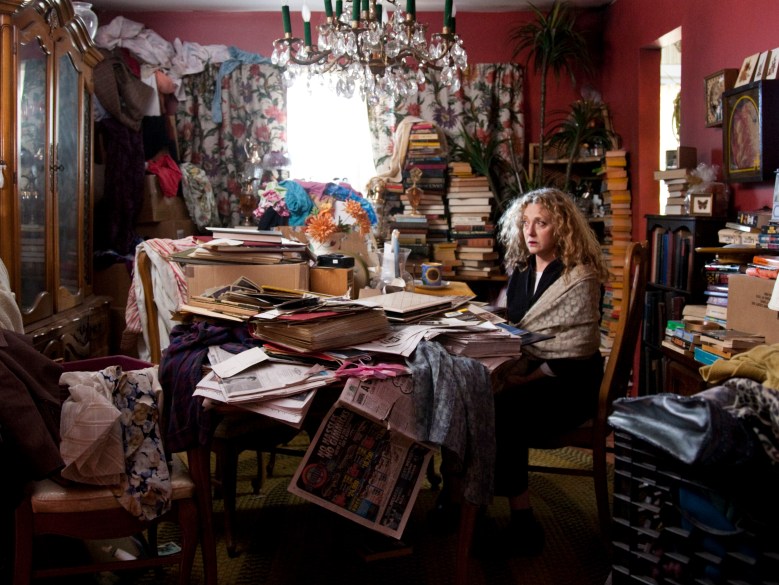 Carol Kane has been charming audiences ever since playing the beloved Simka on the 1980s sitcom “Taxi.” Since then, she’s earned a spot in the memories of multiple generations of audiences who loved her as Valerie in “The Princess Bride,” as the Ghost of Christmas Present in “Scrooged” and Granny in “Addams Family Values.”

Kane has also worked steadily in independent films over the years, including, most recently, “Clutter,” directed by Diane Crespo. Kane plays Linda, a compulsive hoarder who suffers from depression. After the death of her husband, she develops a tendency to keep the people and things she loves close at hand, including her adult children, played by Joshua Leonard, Natasha Lyonne and Halley Feiffer. Indiewire chatted with Kane about being a woman in Hollywood, how she got into character for “Clutter” and her love for silent movies.

What drew you to this script and to this character?

It’s just beautifully written. The character was complex, three-dimensional, and you know, a lot of roles for women of my age are just sort of two-dimensional. They’re just sort of little cute ladies that are grandmothers or older mothers, but they’re sort of a joke. Like some idea of aging that’s not real. This character was ageless, she was who she was. Certainly someone I’ve never met before. I’ve never played anyone like her before. Never really seen anyone like her before. And I met with the director and the producer and I thought they were both very smart, good ideas, and I just liked them a lot. And that was that. I had worked with Natasha Lyonne before, so I was very excited at the thought that she would be my daughter. And they all turned out to be great. I just really adore her. 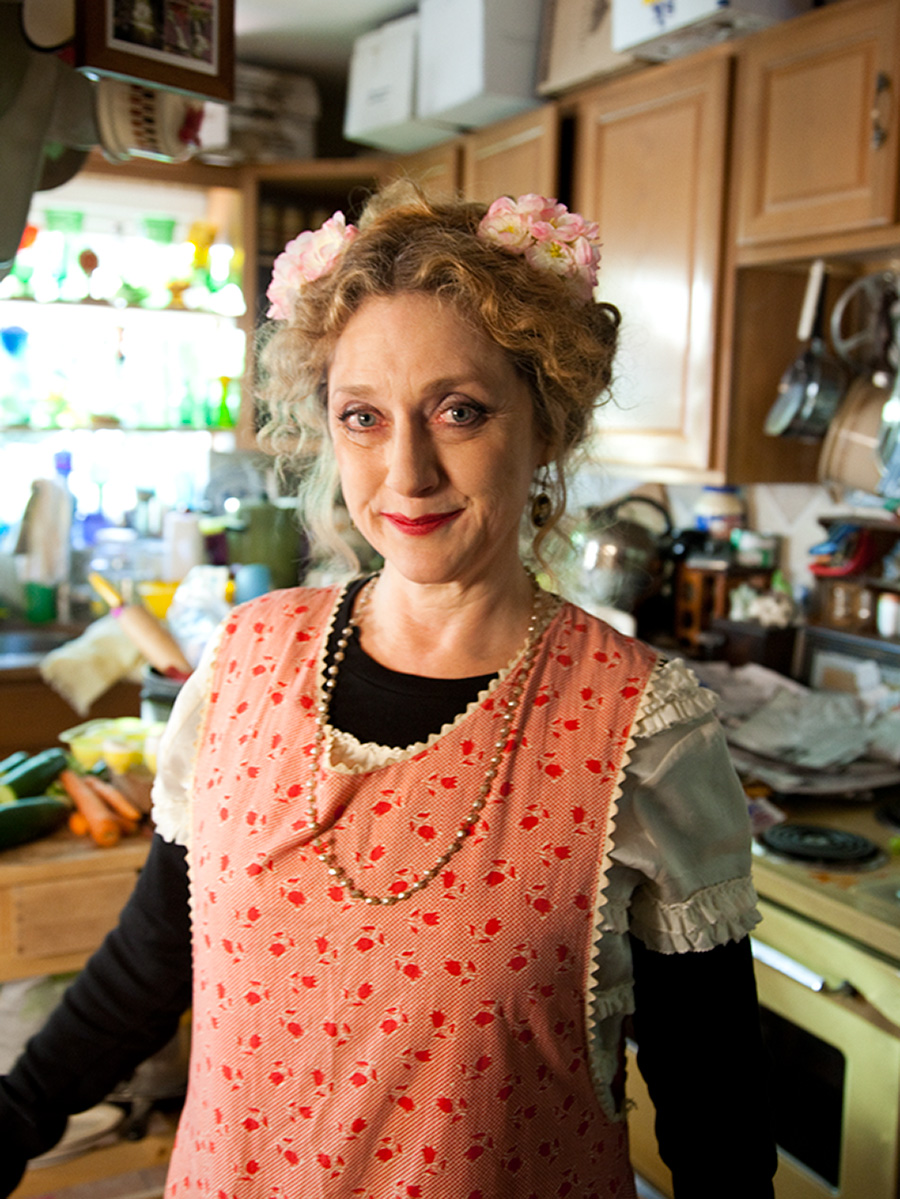 How did you research the role?

Well, I read some very interesting books. I watched “Hoarders,” you know that show, in particular, some episodes that touched me.  You just begin to really…I mean you can identify with that need. Just from outside looking in, it looks disgusting and hideous and thoughtless, and I thought it is all those things, but like everything else it stems from some kind of broken heart, some kind of need.

You’ve been in therapy. I wonder if that factored into the role at all considering that the character is a hoarder and has attachment issues?

Well I think therapy can be very revealing and useful for actors. You start to dig deep and understand certain mechanisms that you hadn’t been aware of before, and you know, meanings behind things. So certainly I’m sure it helped me a lot.

There’s so much stuff in the house, did you infuse any of the props with personal attachments to help build your character?

Yes, you try to give them their own life and meaning. You know the set decorator, the props, they did such a brilliant job and really made it feel like a house that’s been overgrown for a million years. And they sort of had to take stuff in and take it out and take it in. It’s just amazing what they did, especially for a very low budget.

You alternate between film and TV and theater. Are there specific things that like about doing each of them?

Sure, there are. You know, there’s the live interaction with the audience. But with a movie there’s a chance to do it again until you get it right. And you’ll be happy with some moments, less happy with others. The audience is a big character when you’re performing in theater. The sort of heartbeat of the audience changes every performance. Like I said, with movies you get more time and with TV it’s just, the half-hour comedies that I’ve been privileged to be in like “Taxi” or “All Is Forgiven” or “Cheers” it’s just so much fun. It’s so much fun and I would say definitely the easiest on a person physically because the hours for movies and theater are sometimes just a shame, come in at 4 in the morning, coming home at midnight. The most recent theater I did, which I love, is “Wicked.”

That’s my favorite show ever.

Well, in New York, “Wicked” is what they call on a raked stage so you’re standing crooked for months and months and months and everyone is very punished physically, whereas the half-hour comedy shows are very light in demand. Not on demand for your artistry, but physical demands, very short hours and good working spaces. The thing about the four camera shows is that it’s kind of a great combo of theater and film. You have an audience, but you have a camera to capture things, so that’s a great thing too.

What do you like to watch on TV now? Do you have any favorites that you’re into?

Well, I’m a complete Turner Classic Movies addict, which I guess doesn’t help anybody but it’s true. I just love the black and white movies. And just a lot of it, it’s amazing what you get to see on there. This morning I saw “The Scarlet Letter” with Lillian Gish, silent movie, I mean it was unbelievably great. 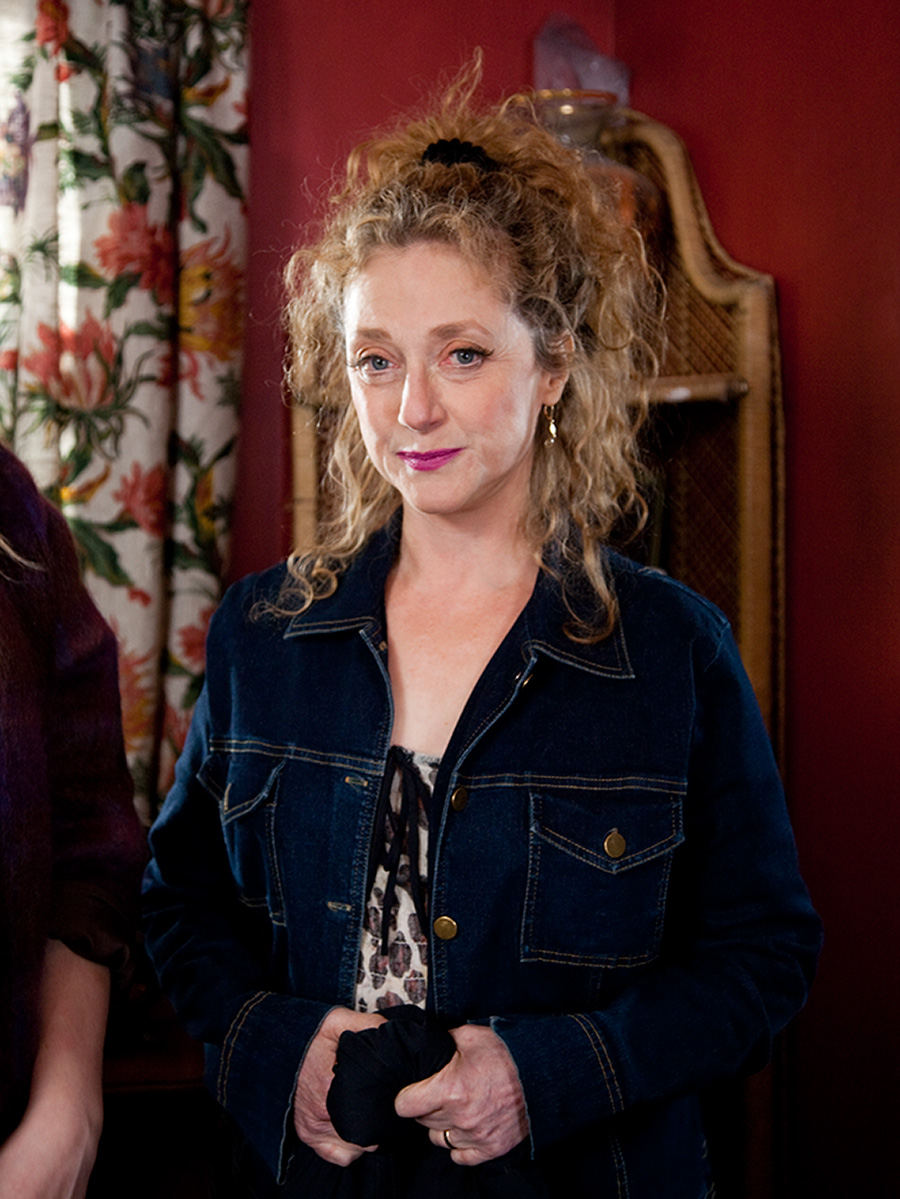 She is so fabulous. Her facial expressions are just fantastic.

Now, speaking of Lillian Gish and classic movies, you’ve seen the role of women in the industry — behind the scenes —  change over the years. What’s your perspective on that?

Well, there are definitely way more women executives than there were, and more women directors. I had kind of an enlightening week two weeks ago, I was on the jury of the Tribeca Film Festival. I was presenting the Nora Ephron Prize and I met female directors who are so talented, but they’re still coming up against – which was a revelation to me – still coming up against interviewing for movies and being told flat out that they gave the best pitch, but that they just wanted a man. And it’s not for some particular reason because actually the woman that was telling me about this movie that that happened to her with was the story of a woman.  I have to say I was kind of ignorant. I have several friends who are female screenwriters and they tell me the same thing. And that was surprising to me especially since you’re pointing out that there’s so many more women executives. But I guess it’s still a struggle, for sure.

Working on this film with so many female characters and a female director must have been refreshing.

Well, it was. When I did “Hester Street,” it was Joan Micklin Silver, and you know, there were no female directors and she did such a beautiful job. Imagine the bravery of that. So anyway, this was a very good experience for me. You know, one is buoyed by the material. And the final answer to what do I like better, TV or film or theater is good writing because that’s everything to me. You just can’t make bad writing look good. But if you have good writing, you just say it and it’s almost done.