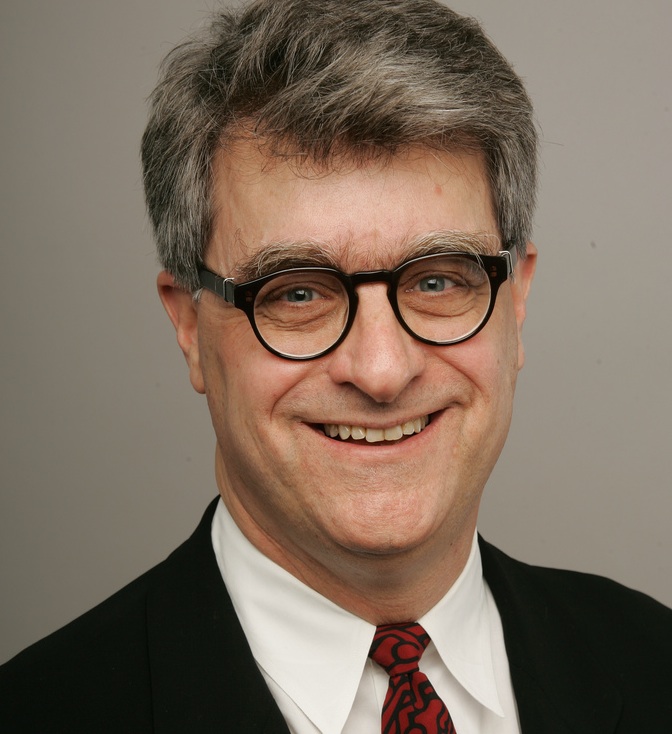 Fred Seibert isn’t as widely known as Walt Disney, but the founder of the animation production company Frederator Studios harbors a similar blend of creative desire and entrepreneurial spirit. Since the nineties, Seibert—who, in addition to playing key managerial roles at MTV, Hanna-Barbera and Nickelodeon, served as an early investor in Tumblr—has been responsible for helping to produce some of the most influential animated television shows of the last few decades, from “The Fairly OddParents” to “The Powerpuff Girls.”

In more recent years, the New York-based Seibert has turned his attentions to producing animation for a new generation. With Cartoon Hangover, its popular YouTube channel, Frederator Studios has commissioned numerous animated short films that the company has then parlayed into running series, most prominently with the ever-popular “Adventure Time,” created by 31-year-old Pendleton Ward. Since then, the YouTube channel has released promising series such as “Bee & PuppyCat” (the subject of a Kickstarter campaign to turn it into a series) and Ward’s own “Bravest Warriors.” 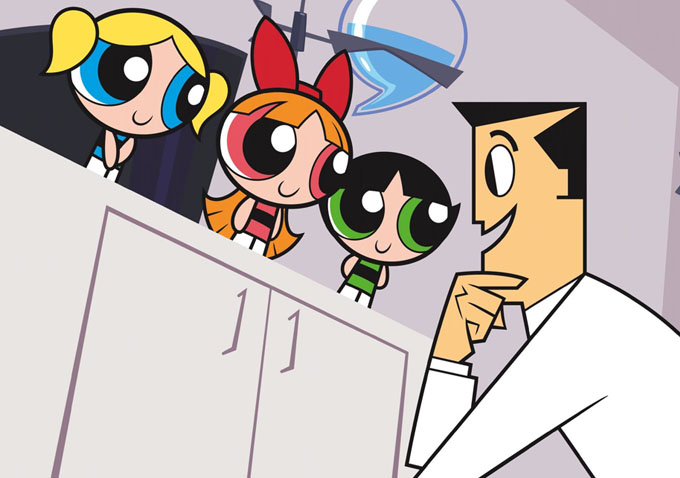 At 62, Seibert’s been at this game for a long time, fighting the ghettoization of animation as exclusively a kid’s medium alongside major shifts in distribution and audiences. But with mainstream animation often perceived in a different context than live action storytelling, Seibert rarely gets the credit he deserves. That will change Thursday evening in New York, when the BAMcinematek will host an evening-long showcase of Frederator Studios’ work, including “Adventure Time” and “Bee & PuppyCat” as well as earlier programs like “Dexter’s Laboratory” and “The What a Cartoon Show.” In anticipation of the event, Seibert spoke to Indiewire about the challenges of producing sophisticated animation for general audiences and how his expectations have developed over the years.

So when BAM approached you about this event, you must have been thinking, “Finally!”

One of the things that’s always bothered me about animation is that it’s always been taken less seriously than film. Animation and animators deserve it. I feel like animators of the first golden age, the theatrical age, are among the great film comedians of all time and they don’t get that credit.

I think that for decent reasons, cartoons are often seen as children’s fare. Most people who pay attention and write about things don’t write about children’s fare. All of us pay attention to things that are meaningful at the moment they are meaningful. Most people are writing from their perspectives as adults. Back in the day, when rock critics were more important, they would write about lyrics because writers write about words. In filmmaking, most people who are writing really don’t understand what it’s about unless it’s live action.

Also, most comedians don’t get their due from the establishment. When I was a kid, popular music was looked at as disposable. it wasn’t until “Sgt. Pepper” that anyone thought the music made for popular consumption could be thought about in any critical way. It took almost the seventies for it to get that kind of attention.

Yet Cartoon Hangover has steadily received all kinds of attention. How have your expectations for it developed since its 1998 launch?

Ultimately, the work has to speak for itself. When you do have a piece of work that can be considered by establishments that are outside of their normal audiences, then you try. The reality is that during the first 15 years of my life in animation, most of the material I worked on — whether it was “Powerpuff Girls,” “Cow and Chicken” or “Dexter’s Laboratory” — within the animation business, they had some really innovative qualities, but the characters fit into the “expectation mold,” as I call it. 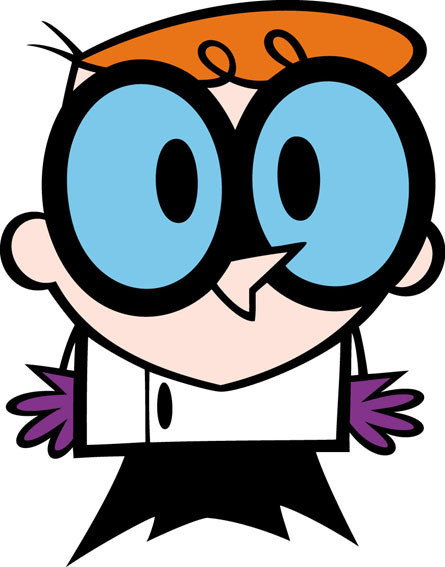 During first 15 years, we were in the business of reviving the form of cartoon that had been abandoned in the 50s and 60s. So they were picking up on a 30-or-40-year gap and were just trying to reestablish the value of the thing left behind. Genndy Tartakovsky [creator of “Dexter’s Laboratory” and “Samurai Jack”] and Jon Kricfalusi [“Ren and Stimpy] had gotten people’s attention.

It wasn’t really until we got together with Pen Ward and made “Adventure Time” in the mid-2000s that we really had a piece of work that was truly a next generation work. So these new people were wondering, “How can I use this art form for expression? They had grown up not just on our stuff, but “Family Guy,” “King of the Hill,” “The Simpsons,” Adult Swim. They were using animation to express their youthful emotions without being concerned about whether it was for kids. With Pen, that was the first time we saw the possibilities to speak to “the chattering class,” which expands outside our core audience.

You receive a lot of pitches for new shorts and series. What sort of qualities do you look for?

To some degree, it’s futile to seek out something in particular. Unless you’re going to make it yourself, it really has to come from the artist, from their inner souls. I could tell you 25 things that I wish happened in cartoons but don’t. I’m looking for talent with unique modes of expression and some kind of audience acceptance. And yes, I am looking for commercial acceptance. That’s already a needle in the haystack.

One of the reasons I like what I do is not just making wonderful work but seeing people being happy with it. Speaking at a recent Producers Guild event, I said that I think of myself as creating happy factories — but not just because we’re in comedy. That’s one of the great purposes of mass, filmed entertainment.

How have your own sensibilities evolved over the years?

Eric Homan, who runs development at Frederator, has been our first-level talent sourcing for 10 years. He met Pen as a junior at Calarts. I have almost willfully sort of stayed away from understanding too much about the craft of filmmaking. I’m not a deep reader of scripts or storyboards. I’m not a deep student of drawing or acting styles. I like to have pitches done for me live, where the filmmaker is really walking us through the work they want to make, and I’m looking for a light in their eyes. On the page, I’m looking for a character I can be in love with. It’s a simple thing I’m looking for: Is there anyone to love? I think short filmmaking is really personal process. I just want to be in love with Bugs Bunny or Bee and Puppycat, or Jake and Finn, whoever it is. Eric says, “Are there characters I want to hang around with?”

But I do love certain kinds of drawing styles, the type I grow up with.

Everything from “Dexter’s Laboratory” to “My Life as a Teenage Robot” came out of a particular generation of Calarts students who had been deeply influenced by John Hubley and Hanna-Barbera — that graphic style that wasn’t necessarily attempting realism. If you look at that material, it’s all of a piece. Brad Bird’s early TV art was very prevalent coming out of the Cal Arts students but had rarely found its way to TV until the nineties. That was a style I was comfortable with.  It wasn’t until the mid-2000s, with “Chowder”—which I had nothing to do with—and then “The Marvelous Misadventures of Flapjack” and “Adventure Time,” that that style really receded into the background. 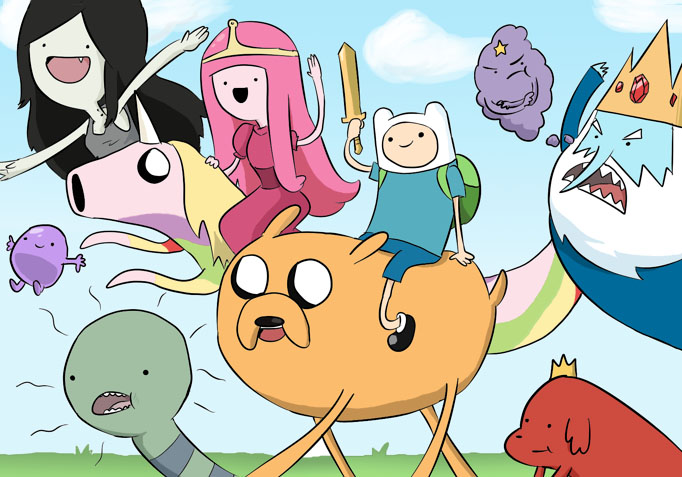 “Adventure Time” is more influenced by pre-“Looney Tunes” stuff—the surrealism of the Fleisher brothers, the “Felix the Cat” silent cartoons. To me, that was a breath of fresh air. I always call it the Bugs Bunny of a new generation. So far, only “Adventure Time” has really had deep, thorough resonance, but there are a lot of other popular cartoons—like “Regular Show.” But we’re already seeing styles in online work that are very retro-like, like Sam Green Media, which makes characters who look like they come out of Minecraft. Video games are much more influential now. We’re seeing the randomness that comes out of video gaming put into film language and vocabulary. Those influences literally never existed before, and we’re just seeing the beginnings of how they are impacting filmmakers — and, in our case, animators.

How do you think all of this relates to the broader changes of the television landscape?

There is a relationship, but very few of the people are seeing it. We’ve seen with season six of “Adventure Time” that all of a sudden a group of people who didn’t pay attention are starting to pay a little attention. But historically, whether it’s animation or graphic novels, often these sort of things fade. Still, I have great hopes. I really believe that “Bee & PuppyCat” has the chance to be that kind of thing that breaks out past its audience in a really big way. But I’m not sure it signals a new change in attitude.

Are you worried, then, that new animators will give up on the possibility of receiving more attention?

I think the young generation of filmmakers attracted to animation do not feel the prejudice of the world against them. They just look at it as the form they express themselves in. The internet provides them with a forum where there are no expectations, no gatekeepers, only their own personal expectations. I think that’s why we’re in this new golden age. That opportunity to create solely to create comes from the psyche of the artist, and it’s pure.

What’s your current business model? You commission short films and then decide if you want to sell them to networks?

That’s pretty much it. Lately, we’ve been selling to ourselves rather than someone else. We make a series of short films, then we make decisions about whether we invest our money in it or get someone else’s. Lately, the Internet has been giving us great opportunities to make something work. Studios will filter this work through their needs. Our needs are different. As I’ve said before about “Bee and PuppyCat”: The conventional wisdom is something starring girls doesn’t work, especially if it stars young adult women. So the conventional wisdom in those other businesses would have kept something like this from seeing the light of day. Circumstances have changed. The challenge is finding people who can adapt to those changes.