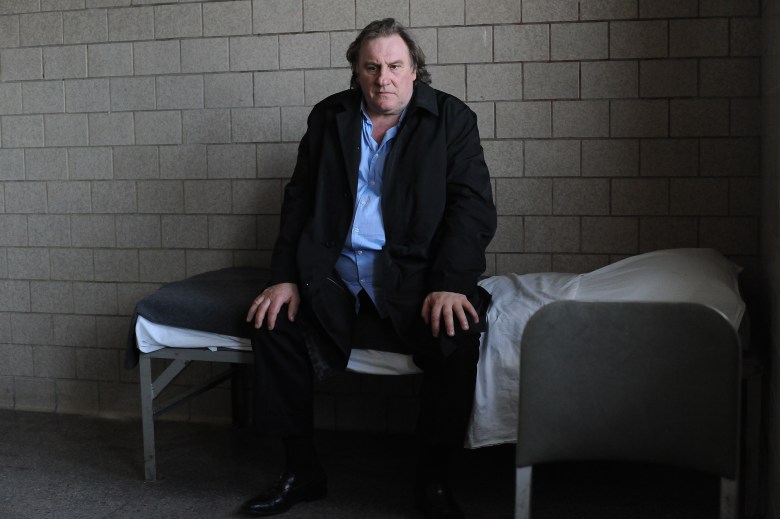 A deliriously entertaining political cartoon in B-movie clothing, Abel Ferrara’s “Welcome to New York” is laughable and grotesque to the extreme, sometimes threatening to crumble under the weight of its monstrous protagonist, but those same factors give it an unnerving immediacy.

Playing a fictionalized version of disgraced finance mogul Dominque Strauss-Kahn, Gerard Depardieu imbues the sex-addicted egomaniac with primal growls, unhindered lust and an evil gaze. It’s a role seemingly designed for the legendary actor during this wilder stage of his career, and he’s found the ideal partner in crime. Ferrara’s script turns the period in which the man was incarcerated in New York for sexually abusing a hotel maid into a setting for a theater of the absurd. 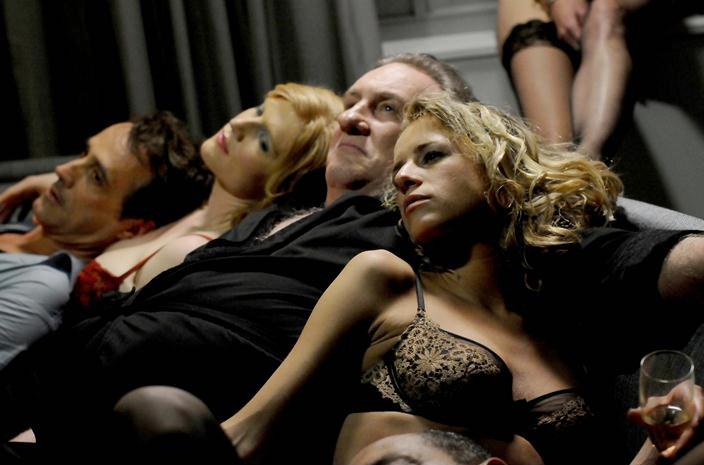 In short, “Welcome to New York” is flat-out bonkers before it smartens up. But anyone willing to invest in the lunacy will find a satisfying dissection of DSK’s monstrous appetite and the global industry that allows his excesses to thrive. With its speculative approach—the alleged rape scene is depicted in unambiguous detail,  and private conversations between the DSK figure and his iron-fisted wife form the centerpieces of the closing act—”Welcome to New York” brings nothing new to the table aside from Ferrara’s grimy filter on the official story.

Ferrara’s screenplay (co-written by Christ Zois) intersperses the chaos with an effective naturalistic interlude, chronicling DSK’s brief period under lockdown following the hotel incident with a subdued, matter-of-fact quality. (He was released into house arrest the following day and spent two months in the city before the charges were dismissed.) For legal purposes, the character’s name has been changed to “Devereaux,” just as DSK’s now-ex-wife Anne Sinclair has become “Simone.” But other than that, “Welcome to New York” plays like a ripped-from-the-headlines exploitation flick with a foundation of anger that enriches the experience.

In its early scenes, Devereaux engages in a series of prolonged, graphic sex scenes with various shapely prostitutes, sequences that drag on to hilarious results: Here, a close-up of blood-red buttocks as Devereaux slaps away; there, a threesome that culminates with the man howling, “Yeah! Suck her!” But just when “Welcome to New York” seems as though it has ruined any prospects for a serious look at the events at hand, it changes things up: After a clumsily staged recreation of the disgusting forced sex act in question, Ferrara stages a surprisingly well-executed suspense montage surrounding the efforts of the NYPD to stop Devereaux before his plane back to Paris lifts off. In the hands of authorities, he faces a comeuppance at the hands of the American justice system—or, rather, Ferrara’s version of it.

Even a random, unnamed police officer tasked with guiding Devereaux to his cell echoes the director’s casually vulgar utterances. “I don’t want no bullshit from you,” the cop says. “This ain’t fucking France. You ain’t no tough guy here.” This is Ferrara’s main turf, the same streets that gave us virtually every notable credit in the filmmaker’s career (from “Driller Killer” to “Bad Lieutenant” and beyond), so it comes as no great surprise that “Welcome to New York” makes the case that the law did its job—right up until the point that powerful monetary forces intervened.

That twist arrives courtesy of Simone. Like her real-life inspiration, Simone comes from a family with money and power, so it doesn’t take long for her to work some magic to exonerate him and put him in his place. Relishing a modern day Lady Macbeth role, Bisset delivers a hysterical performance that brings a mixture high theatrics and credible rage to the domineering figure. DSK may have nearly been France’s president, which explains why his companion stood by his side, as well as her reason for immediately divorcing him once the charges were cleared.

Bisset can barely contain her excitement at firing off each line of her verbal beatdowns. “A man doesn’t follow his dick into every alley and hole,” Simone says, and when he tries to guilt her by bringing up her privileged upbringing, she doesn’t hesitate to fire back. “I had some balls already,” she says, “but you gave me more.” It’s a ridiculous spectacle, but these actors inject the material with vigorous energy that’s never less than amusing to soak in. Ferrara’s camera usually just sits and watches them go at it. “When I die,” he says, “I will kiss God’s ass forever.”

Despite its many provocations, “Welcome to New York” has such a weird, bumpy structure that even the Cannes Film Festival—which has played several Ferrara movies in the past—didn’t know what to do with it. Rejected from the festival’s competition, the movie screened at a special gathering on the beach adjacent to the official event, projected off a laptop streaming the movie from one of the many video-on-demand platforms where it’s now available in France. Nearby, the thumping beats of beach parties constantly provided an unintentional soundtrack, but the invasive elements actually enhanced the mood. After all, this is a movie in which the seediness constantly threatens to burst off the screen.

No matter its silliest missteps, “Welcome to New York” has an impressive engine of ideas in line with the director’s other New York stories. Ferrara’s movies find unsuspecting beauty and introspection in dirty, corrupt places, and this raggedy entry follows suit with a mission. In an opening bit before the credits roll, Depardieu calls himself an anarchist and admits he “doesn’t trust politics.” Viewers able to roll with “Welcome to New York” on its own zany terms are apt to agree.

“Welcome to New York” is now available in France on several video-on-demand platforms. IFC Films will release the film this summer. Interest in its real-life subject may have waned so theatrical prospects are limited, but the sensationalistic hook should yield strong results on VOD.