Watch: Paleontologists Lock Horns With the FBI Over Who Owns Sue the T-Rex in 'Dinosaur 13' Trailer 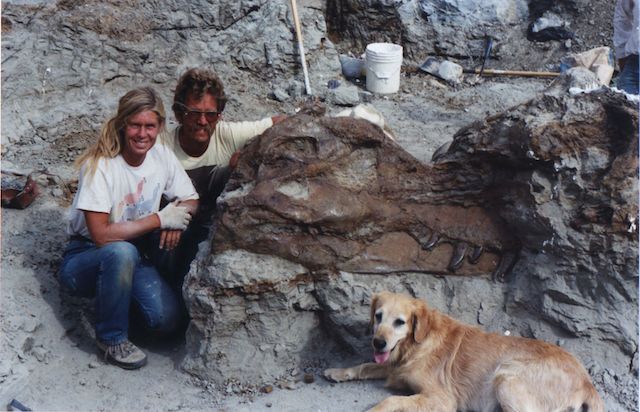 CNN Films and Lionsgate have released a trailer for “Dinosaur 13” – a documentary that examines the controversy surrounding the discovery of the most complete Tyrannosaurus Rex fossil ever found. Approximately two years after the discovery of “Sue,” the FBI came in and took possession of the fossil and all of the research that went along with it. Subsequently, paleontologist Peter Larson, along with his team, end up spending the better part of the next 10 years battling the U.S. Government and various other groups over who owns “Sue.”

Directed by Todd Douglas Millder, “Dinosaur 13” premiered at Sundance in January and was almost immediately picked up for distribution by CNN Films and Lionsgate. The film was also nominated for the Sundance Grand Jury Prize.

“Dinosaur 13” opens in theaters on August 15th. You can watch the full trailer below:

This Article is related to: News and tagged Dinosaur 13, Lionsgate, Trailers