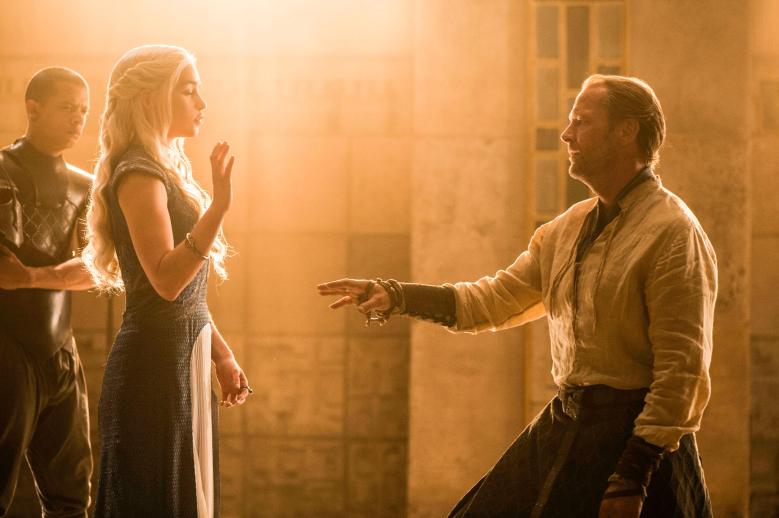 Life can be tough when you’re a character on a TV show. Fortunately, filmmaker and film teacher Jennifer Peepas — who also blogs as the wise Captain Awkward — is here to help them deal with their drama.

I made one mistake and lost my job, my love, and my best friend at one go. How do I get my old life back?

I am an independent security contractor, and I need some advice on how to proceed after being fired by my boss, who is also my closest friend and the love of my life.

A couple of years ago, I signed on to do some consulting for this startup that I frankly thought had zero chances in Hells of succeeding. The client was the scion of a once amazingly wealthy and powerful family that had fallen on hard times after a particularly brutal takeover of the family firm. I was to use my language knowledge to facilitate a merger with a foreign group with a massive workforce and formidable reputation to see if they could help my clients regain the company.

Around this time, a rep from my former company said that I could get my old prestigious job back and have some… legal troubles… taken care of if I would just pass them information from time to time about the movements and activities of my new clients. The CEO of the new assignment was insufferable (he was later forcibly divested of his shares), but his sister was and is the most amazing woman. Stepping into her brother’s shoes after the carnage caused by his departure, she dove right into her new work, merger-ing here and acquisition-ing there. She singlehandedly rediscovered a powerful technology that was believed lost forever, making her company uniquely competitive in the global marketplace. Soon I began to believe that she could do anything – even take over my old employer! I did pass on the information to my old employer, initially, but when it became clear that they had hostile intentions I intervened on behalf of my client and cut all of my old ties.

READ MORE: Review: ‘Game of Thrones’ Continues Its Critique of Heroism in Season 4 Episode 8, ‘The Mountain and the Viper’

My employer and I both survived some very hard times, both personally and professionally, and were able to lean on each other for support and comfort. I developed very strong feelings for her, and while I can’t kid myself that she felt the same, I became her most trusted friend and advisor. I knew that if I proved myself and stood by her that she would one day see my true value and realize we were meant to be together.

I didn’t think I’d ever hear from my former employer again, but recently I received a message thanking me for that long-ago espionage and offering my old job back. The message got lost in the mail and took a a very long time to arrive, and was not based on anything current, I swear! It was intercepted by one of my rivals at the company, and he showed it to our boss. She became enraged, and now questions whether I was ever on her side. She would not listen to me when I explained that she had won my loyalty forever and had nothing to worry about. Worse, she fired me and had me escorted out by security, with clear instructions never to return.

Once, the opportunity to return to my former position was all I wanted, but having worked alongside her I know that I can’t ever go back to the way things were. She made me a new man. But now she won’t even talk to me. I fear that she is surrounded by untrustworthy, scheming sorts who will undermine her leadership any chance they get. She needs me, to protect her, and I need her. How do I convince her to give me another chance? I would do literally anything to get her to forgive me, or even talk to me again.

-Even The Friend Zone Was Better Than Exile

There’s a rule in time-travel stories that time travelers aren’t supposed to double back along their own timelines because the resulting paradoxes could destroy the entire fabric of the universe. One tiny decision, made under duress, or with incomplete facts, one toss of the coin, one wrong turn and, theory has it, you could literally unmake the world and yourself along with it. I confess that I don’t understand the physics all the way, but I understand why the rule has to exist. In the aftermath of grief and loss, we are all time travelers; the past is the one place we can’t ever go and the one place we most want to.

You made this mess, you think. So, you can unmake it! You can SHOW your former employer how loyal and great you are. Perhaps some sort of grand gesture that she cannot ignore. I say this with love: Dude, no. That’s how you end up holding a boom box (or, more likely these days, your phone) up over your head outside some chick’s house blasting a Peter Gabriel song. It’s romantic in the movies, for teenagers, maybe. But in real life, it’s a pathetic thing for grown folks to be doing.

You’d be better off writing 37 songs that are all about her and all about pain. At least then you’d be channeling what happened into creating something new. Unrequited love has inspired some of the greatest works of art in history. Who knows whether or not they won the hearts of the intended, but they speak across the centuries to everyone who has walked in your shoes. Your former friend doesn’t want to read your letters or hear your songs or take your phone calls right now, but, someone might someday. And it will do you good to get all of your grief and loss and regret out of yourself, in whatever form it takes, in a place that is not her.

You can’t undo what you did. And you can’t force her to listen to you, or to trust you again, and you can’t control how she feels. You were already trying to control her perception of you by withholding the information about the spying in the early days in the hopes that she would never find out. You let your love for her, or fear of what she’d think of you, override your own ethical code for how we treat our friends and people who have hired us to do a job. That’s why she’s mad. That need to control and manage others’ perceptions is what’s making you untrustworthy, so please don’t double down on it now.

What you can do is issue ONE written message that contains a full apology and information about where she can contact you if she wants to.

“Dear Friend, It is true that I was not loyal to your brother. I had little faith in his leadership abilities, and maintaining ties with my old firm seemed like the safest thing to do for myself. But once I got to know you, it changed everything. I should have told you everything right away, not only because it was the right thing to do, but because it would have given us an opportunity to control the flow of information and make them think they had an agent in our team. I was a coward. I should have trusted you. I am profoundly sorry.

“Here, for your strategic purposes, is a full accounting of everything I told them and all communications I had from them during the early period of my employment. (List that stuff. She needs to know the extent of the damage.

“Again, I am sorry. Your friendship has meant the world to me, and it was a privilege to work beside you.

Don’t over-justify yourself or try to make her take care of you. That’s not what an apology is for. She has legitimate reasons to be angry and afraid, so make sure you give her all information that could be useful to her in minimizing the damage to her company’s interests. Send that message, and then, I am so sorry to say this, you have to let it go until or unless she contacts you.

Though the romantic attachment was one-sided, I think you could benefit from treating this like a breakup and grieving it like one. Give yourself some time to listen to sad songs and write letters that you never send (or create songs or poems or paintings… that you never send). 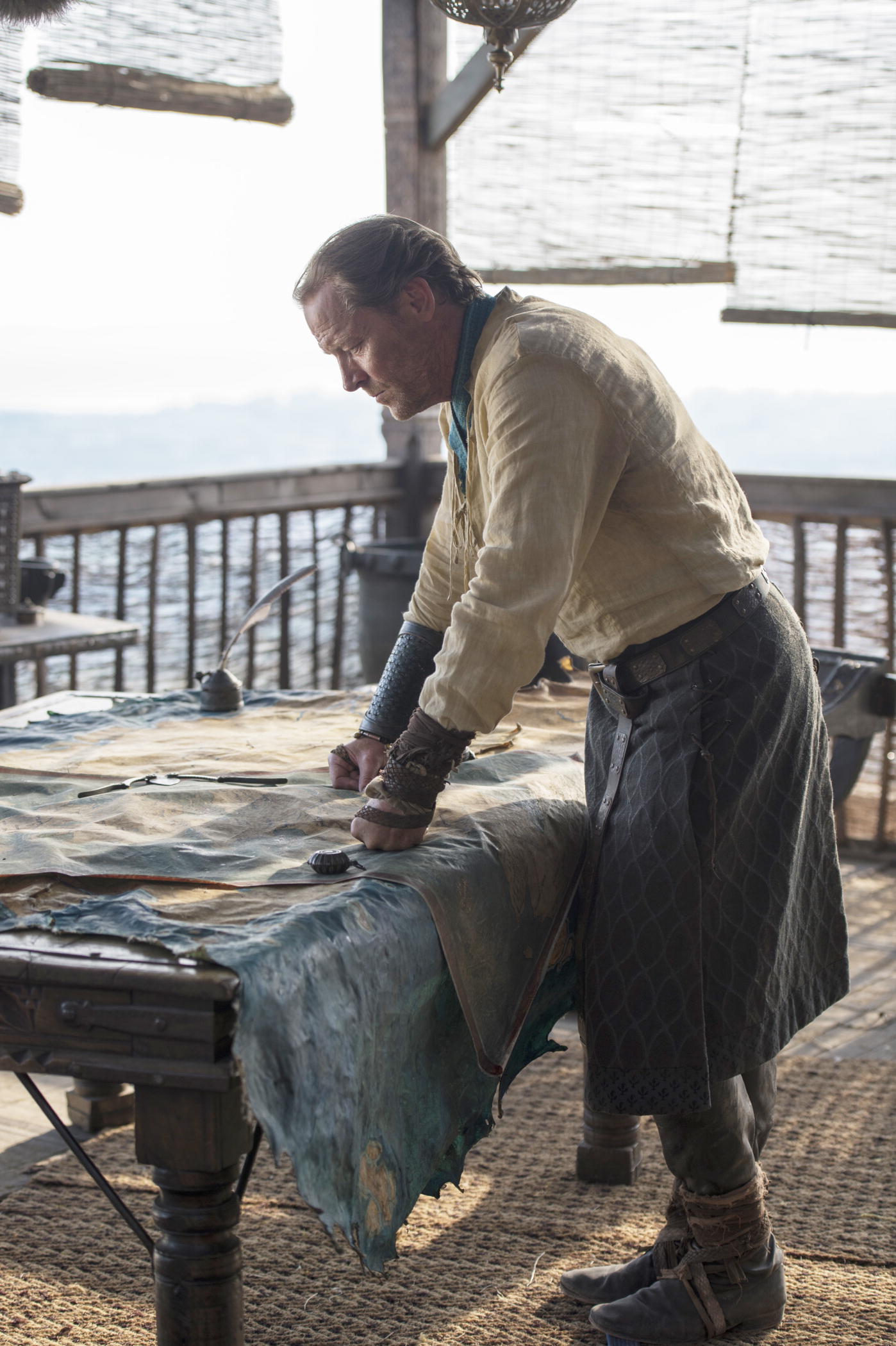 Unload on your friends or a trusted counselor. Pour the energy you want to use to win her back into building a stable and happy life for yourself, one that is not built entirely around one person.

For example, it sounds like your work and your friendship with this woman pushed out all other interests and connections from your life, so invest some time into reaching out to old friends or meeting new ones. If your severance package allows for it, take some major time off from working for anyone so you can rest and weigh your options carefully. While the offer from your former employer might be tempting, think about freelancing for a while before you commit to any big new ventures that will keep you entangled in the same old drama.

Imagine running into her a year from now, at an industry event. What do you want her to see? Do you want to be holding a boom box over your head, or do you want to show her that you have learned from your mistakes and can build a stable and happy life of your own?

That second guy, the one who has owned his mistakes, sorted out his stuff, and worked on building a community of good people around him, can’t get his old life back but he has by far the best chance both of appealing to her as a friend and of surviving and thriving in a world where she is not the only boss, friend, or love interest in his new one.

Jennifer Peepas is a Chicago-based filmmaker and film teacher. She answers questions from non-fictional characters at her blog, CaptainAwkward.com.