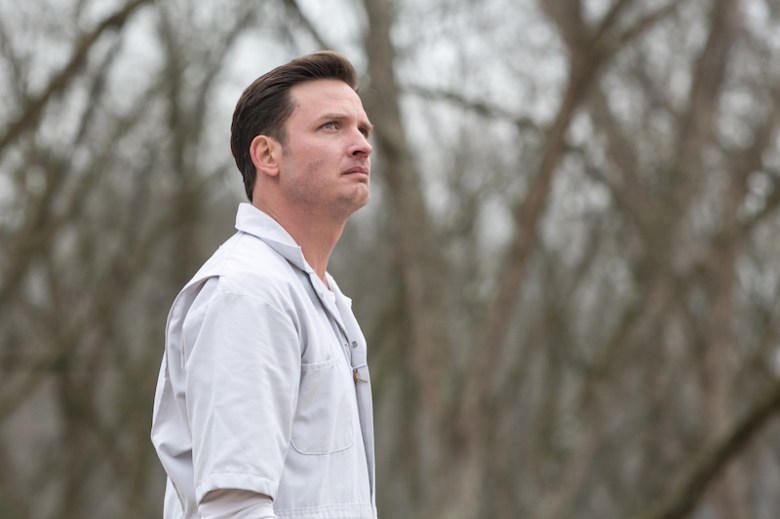 At Saturday’s Produced By panel “Take It From the Top: 10 Questions for the Cable Bosses,” Starz CEO Chris Albrecht, SundanceTV President/General Manager Sarah Barnett, FX Networks CEO John Landgraf and Showtime President of Entertainment David Nevins all sat down to discuss the state of the television union — though, after listening to them discuss the competition, it seems they may prefer segmented secession.

While all parties were more than respectful to one another — the cable heads seemed to be genuinely impressed by some of their peers’ pickups — they all agreed that there are simply too many new original shows taking aim at their pre-established brand: Edgy, original programming.

“The pressure to be innovative and not copy what other people are doing really well makes it hard right now,” Nevins told the audience of PGA members. “At one point, HBO was the only game [in town], and then Showtime and FX kind of jumped in and now there [are so many other networks].”

“I don’t know that people are aware of this, but if you think about it, for 50 years there were three broadcast networks,” said Landgraf. “So there were probably at any given moment 60 or 70 scripted original series in America. When the fourth [network] came on, probably 80. Best count I have is there will be about 350 scripted original series produced and marketed in the American television market this year… And I think that 350 will probably push to 400 next year.” “A different way of thinking about that is if you make a show that’s in the 80th percentile, the top 20 percent, qualitatively or in terms of audience, you’re one of 80 shows — as many as there were in all of television for the first 70 years,” Landgraf concluded.

Nevins then touched on an intriguing point of contention, remarking on the similarity in programming between the already established cable networks and the dozens of up-and-comers trying to replicate their success.

“I keep waiting for the first new people trying to get into original programming to say, ‘You know what we should do? We should be doing original sitcoms. It’s worked really well for CBS.’ Why doesn’t WGN go into the multi-camera sitcom business? It’s lucrative, but instead everyone keeps coming into our territory,” Nevins added.

The Showtime president’s complaint seems valid. CBS has caught plenty of flack from critics for being creatively stunted, but the business model they’ve established works incredibly well for them — and no one is trying to copy it. Nevins’ seemingly offhanded WGN name-drop actually makes a good bit of sense, initially. The network was best known for “America’s Funniest Home Videos,” Cubs games, and reruns of classic sitcoms before it ventured into the original programming world with “Salem” and “Manhattan” (premiering in July). If they had stuck to their brand, they could have pushed more sitcoms to be paired with their existing reruns, potentially keeping their current audience while attracting more of the same group.

WGN must have identified a problem with the strategy, though, possibly related to the struggles at TBS to find a breakout sitcom. Only one of their original comedies is more than a year old (“Sullivan and Son” made it two seasons, with a third starting soon), and even heavily-touted sitcoms with big stars couldn’t survive more than three years. “Are We There Yet?” created by Ice Cube only lasted three seasons, as did “The Bill Engvall Show.”

The other issue — an admittedly frustrating one — is that comedies in general are a dying breed on cable and network TV, with most of the more popular entries coming as variety shows of sorts (“Inside Amy Schumer,” “Broad City”). Networks are looking for episodes easy to break down into two to five minute segments — aka YouTube clips — and many sitcoms don’t work that way.

But is there simply too much television? It’s an intriguing question, with the instinctual response being, “Hell, no!” We watched as an independent film revival saved cinema from the studio system in the ’90s, and the 2000s have been marked with a similar resurgence in television. How did it come about? By breaking away from the broadcast networks, the studios of television. Nevins said it: HBO was the “only game in town” for a while, and everyone piggybacked on their wave of critical and commercial success. Following this logic, it would seem ludicrous to try to limit the explosion of creativity happening on the cable networks and, to a smaller degree, online.

Yet the numbers Landgraf cites are daunting. Who could keep track of 400 original shows in 2015, let alone watch them all? No one, but that’s not the point. The problem isn’t that there are too many shows, it’s that there aren’t enough unique shows. The cable bosses are right to complain about a similarity of content across the “originals” spectrum, though their motivations are questionable (don’t be scared by competition. find a way to rise above it). We see too many antiheroes, too much cynicism, and too many deaths. We need 350 voices — maybe more — to continue our cultural diversification.

Women and minorities will eventually find their voices in TV, because every network wants to create original content and each will soon realize they also need to build their own brand. Not everyone can do what the premium cable networks do, nor should they. We may not need another TBS, but without Comedy Central we might be proclaiming the death of the TV comedy genre entirely. We need these voices to show us the path we can’t yet see.

Landgraf mentioned one last challenge, one he thinks is impossible. “I don’t think there is an individual person who can name 70 original series, or 20 percent of the number of series produced this year.” While it’s a rather arbitrary grading of interest based primarily on memory, I know he’s wrong. Do you?

This Article is related to: Television and tagged Produced By Conference, Television