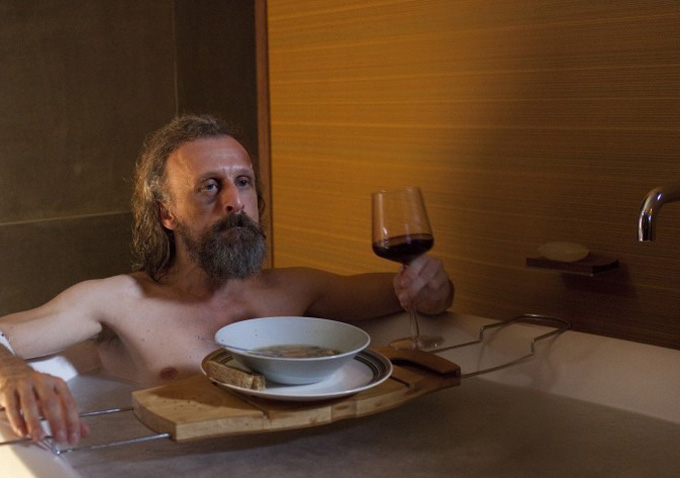 Since opening in early June, Alex van Warmerdam’s foreign language thriller “Borgman,” about a vagrant who turns the lives of an arrogant upper-class family into a psychological nightmare, has been growing a fervent cult following. As the film expands into more territories this weekend, including Los Angeles, director van Warmerdam has revealed three exclusive concept art paintings to Indiewire.

READ MORE: This Trailer for Cannes’ Oddity ‘Borgman’ Will Give You Nightmares

Van Warmerdam, who was a background stage painter prior to becoming a director, painted each image himself during pre-production, and they provide a fascinating look and an interesting insight into his process. All of the images, such as the animalistic “Bath,” were created so that van Warmerdam could provide a visual example to his art direction team. Additionally, the concept images helped him begin to create the dark, unnerving spirit of the film before the filmmaking process began. Based on the moody image titled “Bedroom,” it’s clear “Borgman” is not your run-of-the-mill horror thriller but an artful, surreal descent into unsettling madness. “I wanted to show that evil comes in everyday form, embodied within ordinary, normal, polite men and women who perform their tasks with pride and pleasure,” says van Warmerdam.

The final image, “Bucketheads,” is perhaps the most striking of all. Van Warmerdam explains, “The Chicago gangsters always put the feet of their victims in concrete when they sank them to the bottom of Lake Michigan. Everybody knows this from the movies. When I wrote this scene I had this in mind, but I wanted the bodies to be as plants waving in the current. Therefore you have to put their heads in concrete.”

Take a look at all the exclusive concept paintings below: 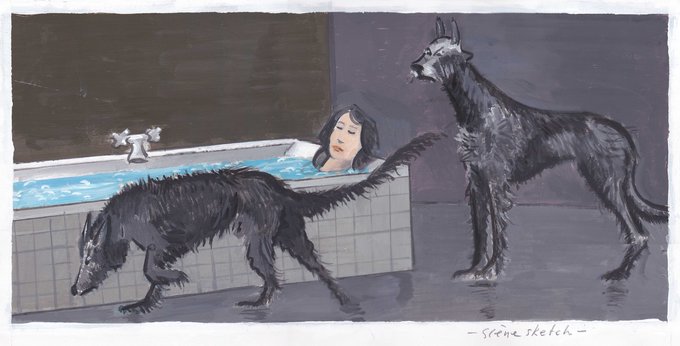