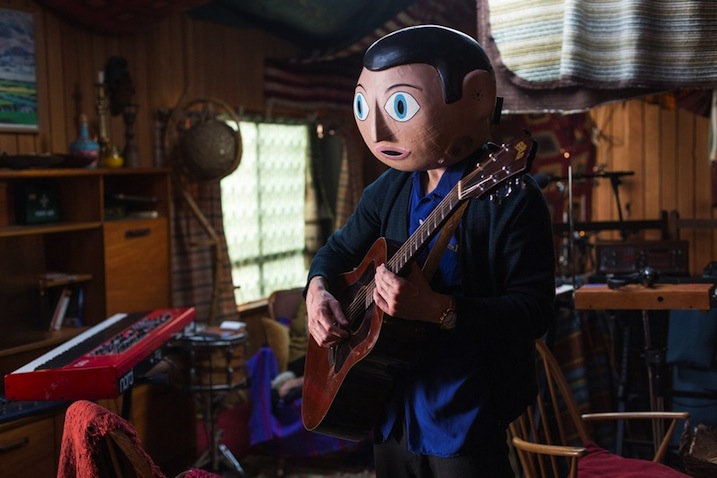 Among this year’s most different entries at Sundance was “Frank,” directed by Lenny Abrahamson, which puts its star Michael Fassbender inside a giant fake head for the majority of its run. Still, as our Eric Kohn wrote in his Sundance review, “the honesty of his performance is on full display.”

Starring Fassbender as the phony faced musician, and with a supporting cast featuring Scoot McNairy, Maggie Gyllenhaal and Domhnall Gleeson, “Frank” has screened to universally positive reviews.  As a young musician (Gleeson) seeks his big break by joining a new, eccentric group led by the eponymous Frank, the weirdly layered character piece begins to unfold. This new poster, exclusive to Indiewire, shows only a single haunting, lifeless head complimented by a minty green field and a uniquely childish font.

The film is set for an August 15 limited release. 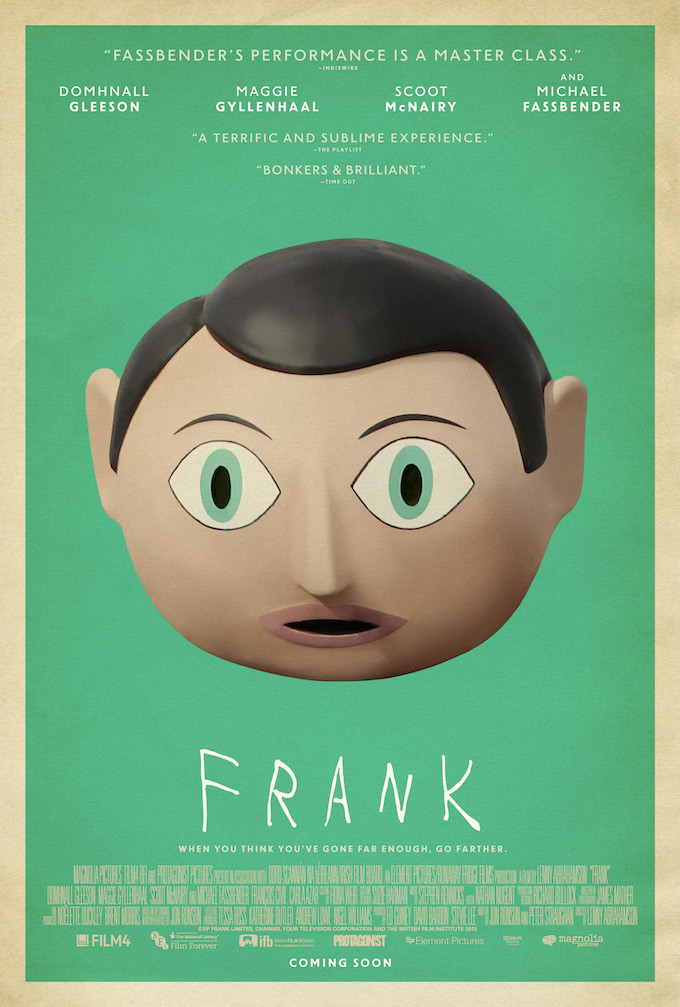