FX's 'Louie' Is an Important Show, But Is IFC's 'Maron' More Fun? 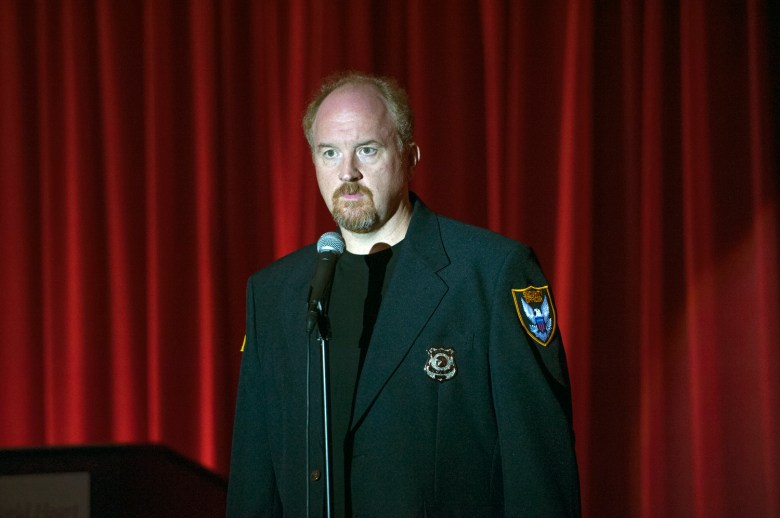 You might not have realized it over the last four years, but at some point, “Louie” was deemed an “Important Show” by the ITRC (the Internet Television Recapping Council, which doesn’t exist, but seems like it should). Yes, this low-budget FX comedy, written, directed, edited and produced by the often-brilliant stand-up comedian Louis C.K., has gone from a curiosity to a show that’s a “must watch” in the vein of “Mad Men,” “Girls,” “Fargo,” “Game of Thrones” and “The Americans.”

And it deserves the praise it’s getting. By taking a smaller amount of money from FX than the network would typically spend on a 30-minute comedy, C.K. has gotten the freedom to do whatever the hell he wants with his show. And, over the last four seasons, he’s done just that, taking his audiences into the mind of Louie and exploring moments that are hilarious, tragic, uncomfortable, and hilarious again.

Not many other comedies would, for instance, have its schlubby protagonist talking unironically to Osama bin Laden, or doing a 3-part arc where David Lynch trains our hero to replace David Letterman, or go to China on a lark. He’s been more daring than ever this season; as we just saw, taking six episodes to tell the story of a romance with a Hungarian woman who speaks almost no English, or 90 minutes to flash back to a cautionary tale about his weed-addled youth in order to deal with seeing his 12-year-old daughter smoking pot.

But by becoming an Important Show, “Louie” has become harder and harder to watch, and it’s through no fault of C.K. himself. It’s an occupational hazard for television enthusiasts; after an episode of an Important Show airs, going online at some point to take the temperature of what other critics think is part of the job. And what other critics are doing is taking the show far, far too seriously, probably even more seriously than even Louie himself is taking it.

For example, take the episode “Pamela Part 1,” where Louie ends things by trying to force himself on his longtime crush, Pamela (played with gleeful snideness by Pamela Adlon). A piece by Tim Malloy in The Wrap that examines critics’ reactions to the scene is entitled “‘Louie’ Enters TV’s Rape Debate, and Things Get Personal.”  In another tack, this article on Bustle.com is one of the many who connected the scene with its unfortunate timing (a week after the Elliot Rodger mass murder in California); writer Amy McCarthy felt that the men who responded to her objections were off-base.

“Because I didn’t think that the ‘joke’ about Louis CK’s character trying to rape someone was very funny, it must have been that I was too stupid to understand the joke,” she wrote about those commenters, “and that I just choose to get outraged about silly things to ‘further my cause.'” 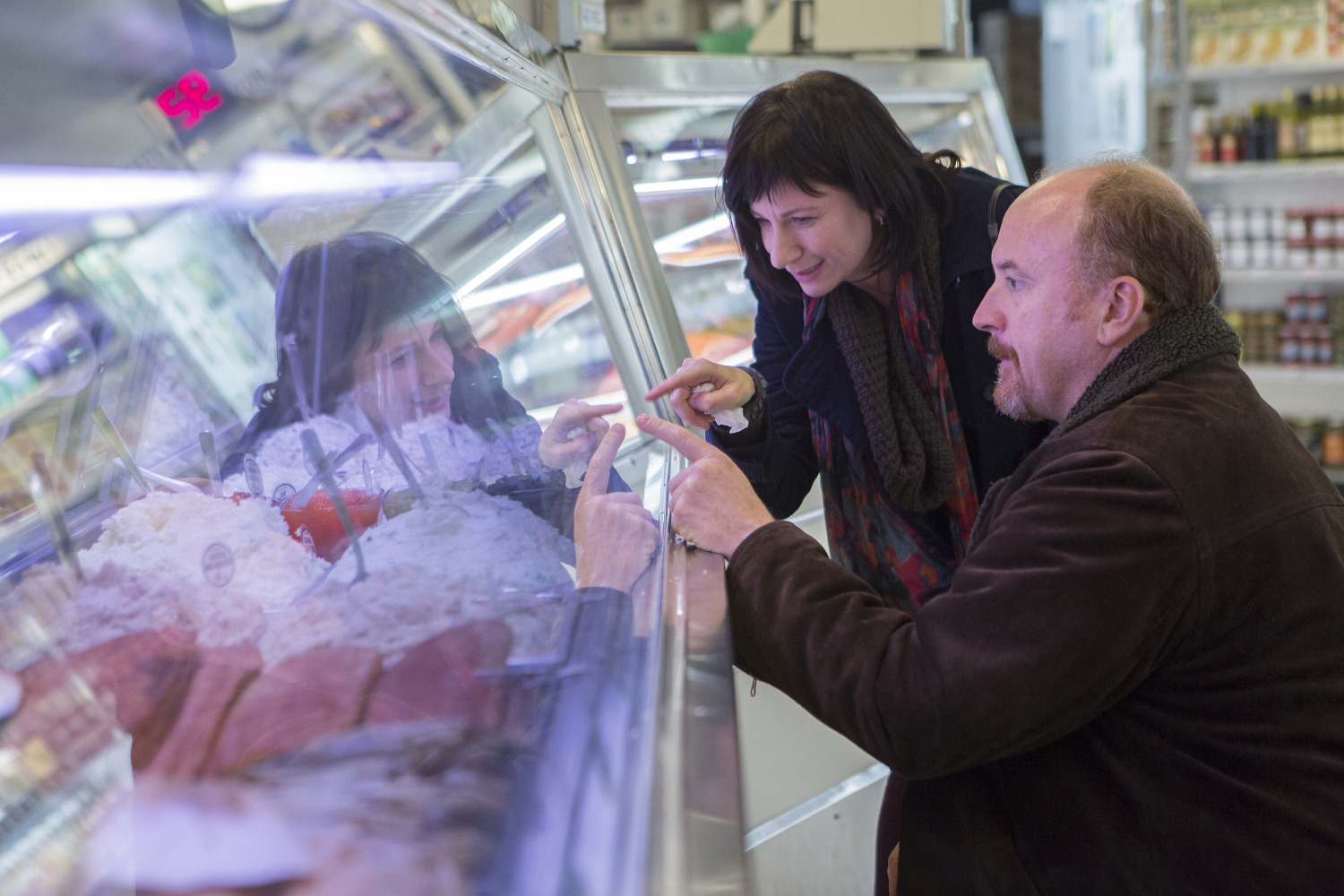 Granted, the scene was very uncomfortable to watch, but that was Louie’s goal. He’s been trying to get the upper hand on his relationship with Pamela for years, and coming during his post-Amia loneliness phase, he felt this was the best way to do it. But that’s the point: Louie the character makes crappy choices in his life, all the time. It was basically the entire point of the six-part “Elevator” arc: Louie needed to come to grips with the fact that he’s a middle-aged man who still doesn’t have his shit together, and it’s affecting how he raises his daughters. His precocious younger daughter Jane (the wonderful Ursula Parker) is acting out, and he’s too busy telling his ex-wife Janet (Susan Kelechi Watson) that “my kids will never go to a private school!” to look and see what his daughter really needs.

But just because he manned up and had a loving relationship (for a month) and rescued his family from Hurricane Jasmine Forsythe doesn’t mean he’s completely changed. And that’s what the scene with Pamela is about. It’s not that Louis C.K. the comedian advocates forcing himself on a woman; it’s that Louie the character can be a schmuck sometimes, and is horrible with women, and this is how it comes across. The extended stand-up bit right before this scene, where C.K. talks about why women should be in charge of running things, should give an indication about how the man himself really feels.

When you follow people reacting to episodes like this, it might seem as if C.K. is somehow making a grand statement about women, or men, or both. But what people are forgetting is that, even as Louis C.K. stretches his filmmaking muscles in the show’s fourth season, that he’s still a comedian. He’s still experimenting, trying things out, and looking for ways to mess with the form and screw with the audience’s heads.

People are losing context when they watch “Louie.” Even during this season’s most serious episodes, there have still been hilariously funny moments, but they seem to be lost to the “what is Louie thinking and what does it mean for society?” spiral that’s hitting the interwebs. What about the fact that he portrayed Jerry Seinfeld as a tough, unfeeling asshole in that ‘Model’ episode? What about the fact that Charles Grodin is putting in a typically Grodin-esque performance as his crusty neighbor Dr. Bigelow, who is spewing fantastic advice about love to Louie in between insults? Why is no one citing the wonderful performance of the legendary Ellen Burstyn as Evanka in the “Elevator” arc, especially in the scene where Louie and the doc save her from choking on a Mento? And why is no one realizing the absurdity that is Hurricane Jasmine Forsythe itself, as the weatherman casually tells people in Brooklyn they’re already dead or about to be dead?

We’re all thinking such deep thoughts about the show that we’re not seeing that this is still a comedian trying to figure out what he can get away with on basic cable. And he doesn’t always succeed; the speech by Sarah Baker in “So Did The Fat Lady,” for instance, struck me as too long and more suitable to a student film, and also spoken by a character who was written to be so vivacious that I had a hard time believing that she couldn’t get guys to date her because of her weight. But because “Louie” is an Important Show, any criticism of such an “impactful” episode is seen as nitpicking instead of legitimate criticism.

All of this is why I’m finding myself enjoying “Louie” less than before, mainly because it’s starting to feel like homework. It’s also why I’m enjoying the hell out of “Maron,” the second season of Marc Maron’s semi-autobiographical IFC series airing right now. “Maron” is by far an inferior show; even halfway into its second season, Marc still hasn’t figured out how to act other than annoyed, angry or annoyingly angry. But it’s been  more enjoyable then “Louie” this year because not only is it just plain funny, but also because all of the “Louie” mishegas has led the internet at large to ignore it.

It’s hard to figure out why that is because, so far this season, we’ve seen some pretty serious stuff happen on “Maron”: Marc’s relationship broke up, he tried to reconcile with his mother (played by Sally Kellerman in the same unusually sexy way she’s played roles her entire career), he lost his cat Boomer, and he tried to kindle a friendship with Ray Romano. But all of these events have happened with a flair for the embarrassing and absurd: Marc’s relationship starts to deteriorate as he’s a clueless panelist on “The Talking Dead”; Ray acts like a wealthy douche with a troubled marriage; a loopy, gun-toting neighbor (played by Rick Shapiro) encounters Marc as he looks for his cat; his mother may have given chlamydia to the dad of one of his comedy buddies (Dave Anthony). 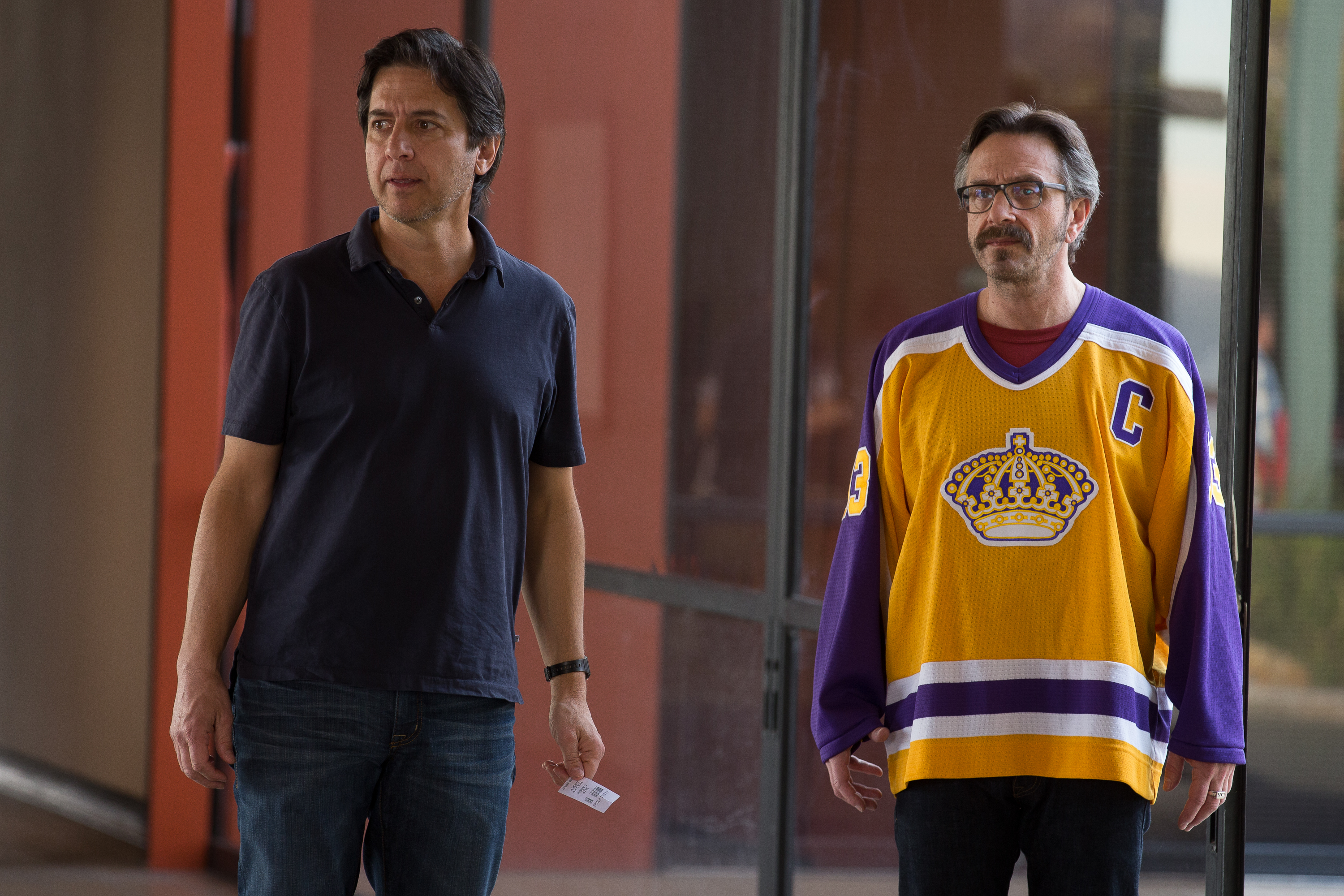 “Maron” is a little more broad and a little less true-to-Maron’s-life as it was in its first season, but anyone who has listened to Marc’s podcast “WTF” with any regularity knows that the stories aren’t too far off the truth, and they reflect what’s going on in Maron’s psyche. He hurt for a long time over the dissolution of his engagement. His cat Boomer really did run away. He really does have a complicated relationship with his mother. The comedian has had no problem laying bare his already raw emotions; he’s just doing it in a more straightforward manner than his good friend Louie is. It doesn’t mean, though, that the show is any less interesting.

Watching “Maron” means not needing to ponder the meaning of the on-screen goings-on or how they connect to current events. Part of this is because Maron and his writers are writing the show more as a traditional sitcom than as an experimental film. But also, no one on the Internet really cares about the show, so the viewing experience is pure and clean. (If you want to see for yourself, the first season is available on Netflix, and you can get current by watching it on demand or on Amazon Instant.)

And for those who are saying right now “why is he looking at ‘Louie’ reviews if he doesn’t like them?”, realize that I wouldn’t be doing my job otherwise. Anyone watching “Louie” this season who doesn’t turn to the ITRC, however, isn’t burdened with the question of “what does this all mean?” when watching Louis C.K. do his thing. They’re just enjoying themselves, which is how everyone should be enjoying the show. Don’t you think?