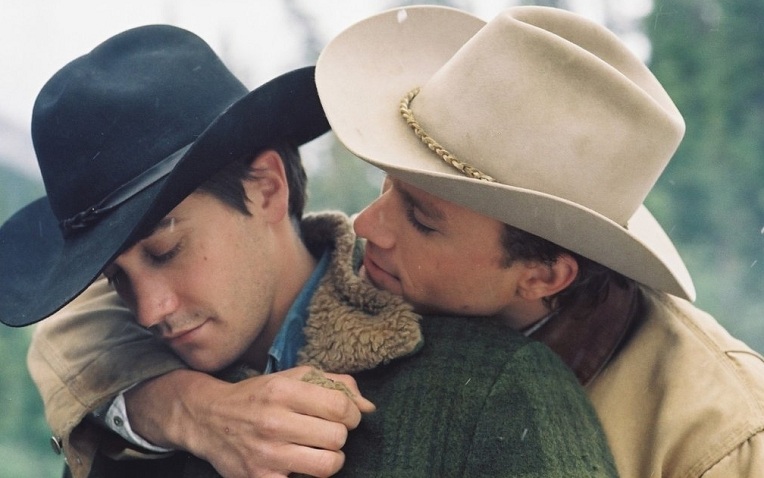 We at Indiewire are hearing rumors that audiences are leaving “The Fault in Our Stars” full-out, ugly sob crying. Made for $12 million and focusing more on characters than on the usual summer explosions, “Fault” sure feels like an independent film. So if it’s put you in the mood to shed even more tears, check our our list of favorite sob-inducing indies below. [List is in alphabetical order.]

Jonathan
Levine’s dramedy “50/50” draws heavily from screenwriter Will
Reiser’s personal experience facing a potentially fatal diagnosis. It
examines the struggles of a 27-year-old public radio journalist named
Adam Lerner (Joseph Gordon-Levitt) who is diagnosed with cancer. To pull
at your heartstrings, the film cleverly focuses more on his daily
experiences and social dramas (like his sweet Bromance with Seth Rogan’s
character Kyle) rather than being too headily concentrated on the
darker elements of having cancer. This builds a casual warm setting so
that when things get serious, we can’t help but feel involved. Even
Leonard Maltin was “crying by the finale,” graciously admitting in his review that the film gave him “more satisfaction than many more ambitious films.”

Nothing
can wrench your heart like a good Danish drama. Throw in an orphanage,
cancer, and an estranged parent-child reunion and you’ve got no dry-eyed
chance. Susanne
Bier’s heartbreaking portrait of sacrifice in the name of love and
family is filmmaking at its finest; the characters are so richly written
and performed that you feel as if you know them. (Think: “Six Feet
Under.) It’s so emotionally investing, in fact, that the devastating
twist at the end may cause one of those sob-into-the-abyss moments. Not
only was the film nominated for the Best Foreign Language Academy Award
in 2006, but it also features Mads Mikkelsen at his finest.

It’s a universal truth that no one can watch
“Amour” without shedding a tear. Directed by the always insightful
Michael Haneke, the 2012 Palme D’or winner has a simple premise: an
aging couple struggles through recovery after one member suffers a stroke. Little  else really
happens except that things eventually grow worse. This grim premise is made bleaker by Haneke’s restrained style, including
static camerawork, a lack of soundtrack and confined claustrophobic
locations. As Eric Kohn wrote in our review,
this “sterile reality develops a haunting tone that imbues the
characters’ crushing fear of their diminished mortality with palpable
dread.” 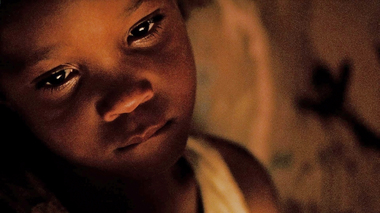 Through the lens of magical realism, Benh Zeitlin allows us to enter the realm of a unique child’s vivid imagination. Hushpuppy (Quvenzhané
Wallis) lives in an off-the-grid bayou community with her alcoholic and
mentally unstable father. Every day is a struggle to survive;
Hushpuppy’s imaginative
capacities are bolstered by her extremely limited educational resources
and the persistent need to cope with trauma through mental escape. In
one scene, Hushpuppy, in search of her mother, who left the community when Hushpuppy was a toddler, escapes the bayou and
wanders into a Nola nightclub filled with female dancers. One dancer
takes an interest in her, and the two lost souls dance together,
temporarily filling one another’s voids. In the woman’s arms, Hushpuppy
recalls the touch of her mother, whispering, “This is my favorite
thing.” Because of the dreamlike, fragmental quality of this particular scene and
the fullness of sensation, we are unsure whether it is wish-fulfillment
or reality, but in the end, it doesn’t matter; it’s a simple, honest,
unpretentious meditation on how it feels for a young child to have lost
someone she never had the chance to love. If that doesn’t break your
heart, you might not have one.

You’d be hard-pressed to find a film more difficult to watch. “Breaking
the Waves” beats its protagonist to smithereens in a manner so
unprecedented that it takes active willpower not to press “stop.” Bess, a
naive and simple-minded devout Catholic, weds a rough oil rig worker,
Jan, in their remote Scottish village. Tragedy already etched in her
past, Bess is dealt another blow when Jan is paralyzed in a freak
accident. A heavily medicated and depressed Jan urges her to have sex
with other men in what he believes to be an effort to normalize her
life, but Bess’s religious fanaticism and devotion to him create the
perfect storm. Bess descends into a brutal form of martyrdom in which
she obsessively submits herself to abuse, believing that her pain and
suffering will help God heal Jan. It’s a downward spiral that outlines
the depths of good and evil with a harshness and anger that takes no
prisoners. It’s Lars von Trier at his least humane and most human.

Anyone who reduces Ang Lee’s magnificent “Brokeback Mountain” to “that gay cowboy movie” is a moron. The film, nominated for eight Academy Awards, tells the story of Ennis Del Mar (Heath Ledger) and Jack Twist (Jake Gyllenhaal), two rugged sheep herders who embark on a passionate romance in early 1960s Wyoming. They both eventually marry women and try to put their relationship in the past. While the film is undoubtedly a devastating look at two star-crossed lovers who can’t seem to catch a break, the supporting characters, particularly Ledger’s wife (Michelle Williams) also experience their fair share of tragedy. It’s a beautiful cry-fest movie, and is all the more sad with Heath Ledger no longer with us.

Palme D’Or winner “Dancer in the Dark”” is not everyone’s favorite film by Danish director Lars von Trier, but it’s definitely the one that made people cry the most. Its sadness builds slowly, eating away at you with every escalating injustice thrust upon its protagonist Selma, played with unnerving naiveté by a prancing, unpredictable Bjork. Not only is she steadily going blind, thus struggling with the nearing inevitability of losing her factory job, but she has also invested all her financial resources in a medical procedure that will prevent her son from following the same dark path. Then something even more terrible happens, and it throws the world into chaos, imprisoning Selma within both a jail cell with a death sentence and her own mind, no longer wishing or being able to be in contact with the world. This is made all the more emotionally debilitating by the film’s mild pretentions at being a deceivingly uplifting musical (with original songs by Bjork and Radiohead front man Thom Yorke). She adores Hollywood musicals and adopts their fantasy as a way to escape the hardships of her own life in poverty. In the last act, however, she assumes a stoic mindset so as to complete the sacrifice for her son. Yet, in the final moment, on the stage of her legal murder by hanging, she loses all restraint, and the emotional tension that has been mounting is suddenly released. Tears are inescapable—hers and ours. The whole scene is surreal and yet painfully realistic, with every anguished movement and bewildered cry magnified to devastating effect. It’s a gut-wrenching closing seven minutes, and even when the rest of the film begins to fade; those last moments remain indelibly embedded in our minds. 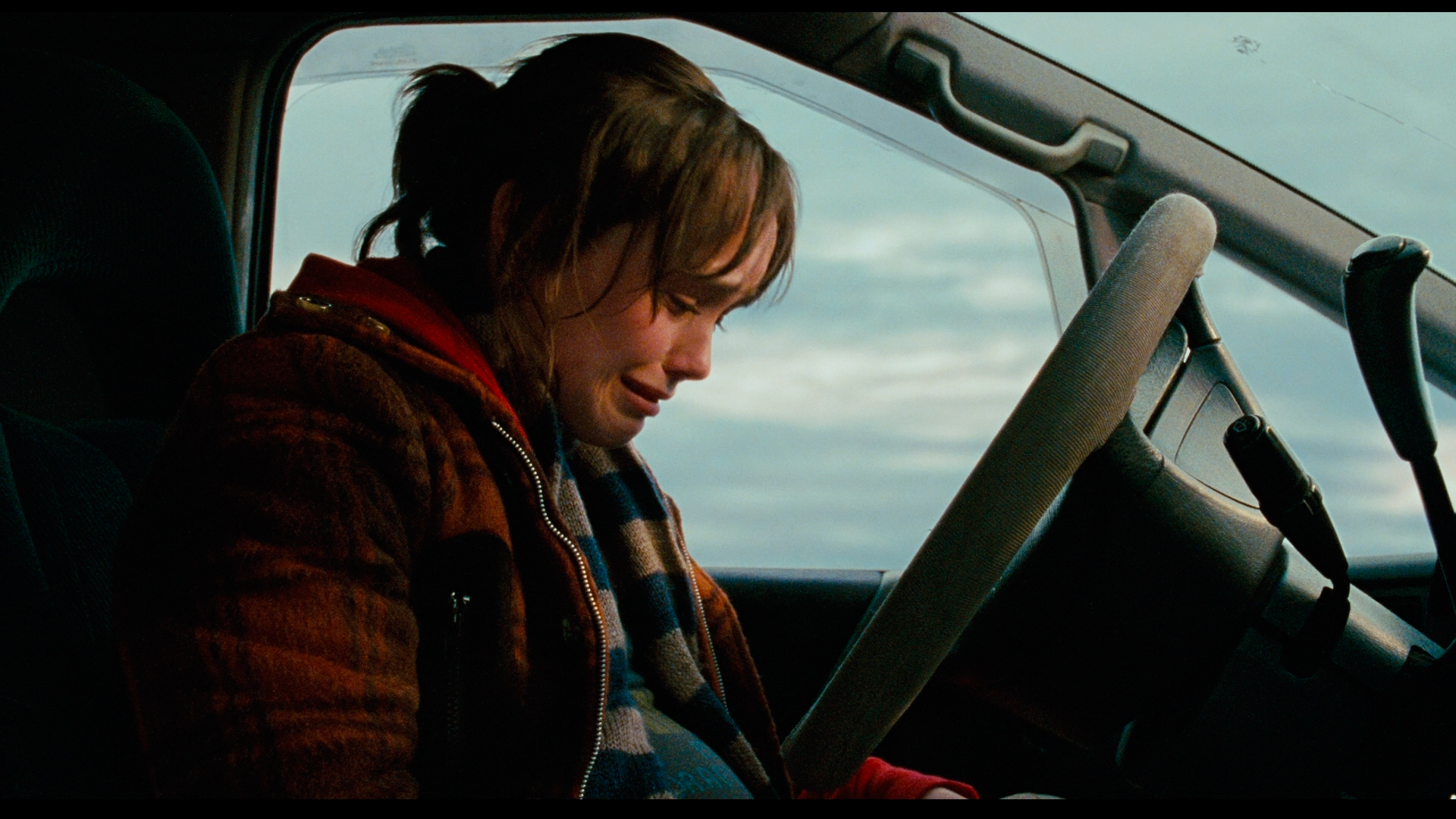 For most of Diablo Cody’s hilarious script, we’re laughing right along with Juno at her wittier-than-though, hipsterific dialogue. But the film takes a turn with a tear jerker of an ending. When 16-year-old Juno MacGuff (Ellen Page) discovers that she is pregnant and decides to give the baby up for adoption, most of her pregnancy is a hilarious alternative to the depressing teen pregnancy tales we usually hear. Jeniffer Garner and Jason Bateman co-star as the adoptive parents who aren’t exactly on the same page. When Bateman’s character gets cold feet, quite a few tears are shed as both families try to deal with the aftermath and  Juno wonders how life, especially unplanned life, can be so painful.

“L’Enfant,” another Palme D’Or winner, is a highlight in the near-flawless filmography of the fraternal directing pair Jean-Pierre and Luc Dardenne. The Belgian brothers have taken realism to new depths, and the emotional impact of their films is particularly strong with this tale of the unemployed Bruno, who sells his newborn child on the black market. He then struggles to recuperate the child and seek redemption for not only almost giving up his own son but also nearly sacrificing another young boy, Steve, his co-conspirator in petty thievery. It’s a bittersweet film that moves between his tender, youthful relationship to the mother of his child, Sonia, and his rougher, “business” relationship with the adolescent tramp Steve. While fleeing the future of real fatherhood, he becomes an ambiguous force in the life of the boy—a father figure that is both harmful and protective, as fathers often are. All these conflicting feelings work on you as the film beautifully strolls along. The camera is both dreamy, watching the lovers play as children, and full of suspense, depicting unexpected turn of events in intimate long takes. The unmoved and oblivious Bruno is finally forced to face the reality he is living, and his embittered, self-defeating frustration powerfully pours out in the closing scene. There is more here than bad choices and bad conscience; there is a sense of living on the margins where choices are few and a clean conscience is but a luxury. Yet finally in this space, shared between Bruno and Sonia, with the presence of the young Steve hovering over, the possibility of desperate escape begins to peer out. The past we have seen and the future that remains at large collide, and the emotional fallout becomes almost too much to bear—and then it cuts to black.

A film centered on a real-life convicted serial killer might not scream tearjerker, but watch Patty Jenkins’ devastating “Monster” and you’d be surprised. In the role of a lifetime that snagged her a well-deserved Oscar for Best Actress in 2004, Charlize Theron completely transforms herself to play Aileen Wuornos, a woman with an extremely dark past who prostitutes to get by. When she starts to fall for a young woman by the name of Selby Wall (Christina Ricci), life starts to look up for Wuornos. But when their dire financial situation begins to take a toll, Wuornos goes back to prostitution, and things go downhill fast. After murdering a client who forcibly rapes her, Wuornos goes on a killing spree thinking herself some sort of vigilante. Yes, the crimes that she commits are wrong, but in Jenkins’ film, Wuornos is a tragic figure whose doomed life was inevitable given the cards she was dealt. 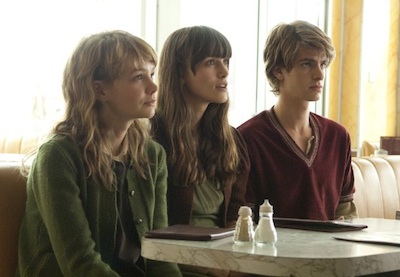 Based on the acclaimed novel by Kazuo Ishiguro (“Remains of the Day”), ‘Never Let Me Go’ tells the story of three younglings growing up in a dystopian English countryside. They also happen to be clones, who are only alive for a short amount time. Society uses them as organ harvesters, and by their early to mid 30s they are to have “completed” their donations. The film stars Carey Mulligan, Andrew Garfield and Keira Knightley as three friends who attend the clone school, Hailsham. The tragedy of the film, however, lies in the rather unexplored romance between Mulligan and Garfield’s character. Basically, it’s hard to be in love when you aren’t allowed to live past a certain age. There’s a scene where Garfield has a  breakdowns and it’s absolutely shattering. In addition to this, “Never Let Me Go” is all the more heartbreaking with its melancholic soundtrack and sleepy English landscape. It’s a film that lingers and makes you want not want to leave your bed.

This Article is related to: Features and tagged 50/50, Beasts of the Southern Wild, Brokeback Mountain, Dancer in the Dark, Juno, Lists, Never Let Me Go, The Fault in Our Stars