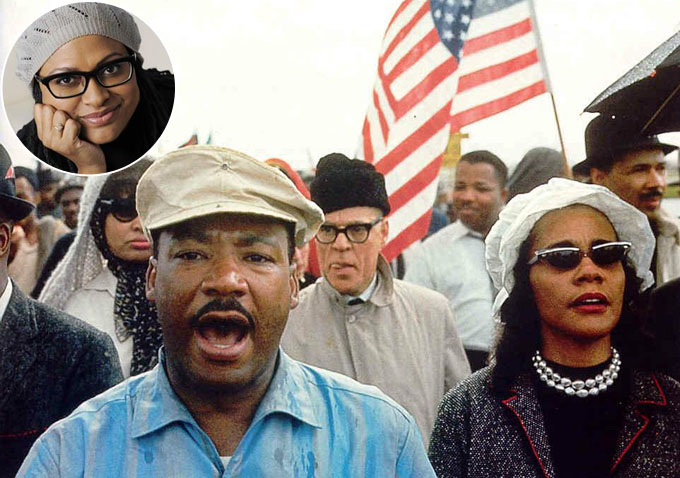 Paramount Pictures and Pathé announced today that “Selma,” a historical drama focusing on the iconic Civil Rights marches from Selma to Montgomery in advocation for voting rights, will have an awards qualifying limited run on Christmas Day before going wide on January 9, 2015.

The release date is hardly a surprise given the historical subject matter and the prestigious, star-studded cast, which includes David Oyelowo (“Lee Daniels’ The Butler”) as Martin Luther King Jr., Tom Wilkinson (“Michael Clayton”) as Lyndon Johnson, Carmen Ejogo (“Alex Cross”) as Coretta Scott King, and Tim Roth (“Lie to Me”) as George Wallace. It was also announced that Oprah Winfrey, already a producer on the film, will be joining the cast as Annie Lee Cooper, an elderly woman and visible leader amongst the civil rights protesters in Selma who tried to register to vote and was unfairly denied by the sheriff.

Directed by Ava DuVernay, who broke onto the scene with her powerful second feature “Middle of Nowhere”, the film is bound to be emotionally startling considering the marches led to some of the most violent riots of the Civil Rights Movements as well as to the eventual passing of the 1965 Voting Rights Act. A historical moment of this magnitude seems ripe for the big screen, and it should be in good hands with DuVernay directing and the team behind “12 Years A Slave” producing.

The film is currently shooting in Atlanta, Georgia, and Montgomery and Selma, Alabama. Paramount is handling the film’s domestic distribution, Pathé is distributing in the UK and France and Pathé International will handle sales to the rest of the world.