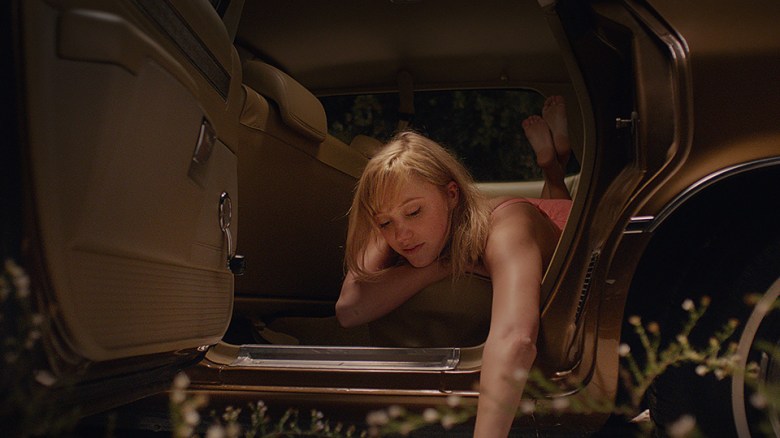 RADiUS has acquired the U.S. rights to critical horror darling “It Follows,” written and directed by David Robert Mitchell (“The Myth of the American Sleepover”). The film was well received at its world premiere at Cannes just a few weeks ago.

This is great news for fans of intelligent indie horror, a rare subgenre. In his Indiewire review, Eric Kohn called the film a “strange and menacing supernatural story that offers its fair share of allegorical depth,” admiringly adding, “Even its calculated scares come from a real place.”

“It Follows” features a fresh cast of up-and-comers, including Maika Monroe (“Labor Day”), Keir Gilchrist (“It’s Kind of a Funny Story”), Daniel Zovatto (“Laggies”), Jake Weary (“Zombeavers”), Olivia Luccardi (“Girls”) and Lili Sepe (“Spork”). It is set to be released in the first quarter of 2015.

According to RADiUS co-president Tom Quinn, “American horror has an extraordinary new voice in David Robert Mitchell. ‘It Follows’ is an inspired gift for horror fans everywhere. Both haunting and beautiful, it’s sure to be considered one of the best indie horror films in over a decade.”

Meanwhile, David Robert Mitchell offered the following regarding his film’s U.S. acquisition: “It’s great to be working with such a dynamic company like RADiUS. I’m really excited for audiences to see this film. I hope it leaves a lasting impression in the form of nightmares and a general sense of dread.”

This Article is related to: News and tagged 2014 Cannes Film Festival, Acquisitions, Cannes 2014, It Follows, RADiUS-TWC