Review: 'Ping Pong Summer' Delights in 1980s Nostalgia, But There's More To It Than That 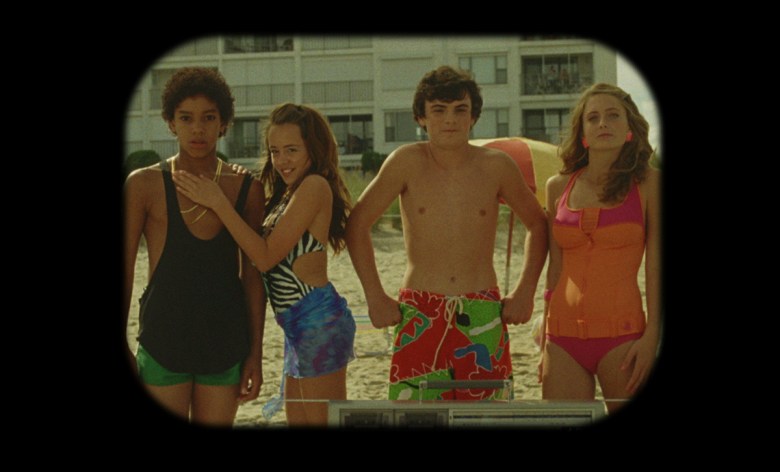 With “Ping Pong Summer,” director Michael Tully (“Cocaine Angel,” “Septien”) gives us a film about the childhood he remembers: summers in Ocean City, Maryland (where the film was shot), cheesy arcade games, pastels, Nike, and hip hop. Caught up in it all, Radford Miracle (Marcello Conte) searches for the confidence that promises adulthood. It’s the 1980s: These are harsh times in bland, touristy coast towns. With an exuberant eye for period details, Tully presents an ode to a time many recall fondly for its flare and schlock alike.

Rad’s a ping pong disciple, but he’s no champion. He duels the garage wall and takes breaks for dance interludes. His dedication to these activities makes for an endearing joke, but soon, he’s packed up and dashed off to a vacation in Ocean City — liberated by the twenty dollars with that his mom (Lea Thompson) gifts to him. He can buy ice cream (alone) and play ski ball, all with his paddle bobbing in hand like a dance partner. Rad’s too nice a kid to understand his uncoolness. It even takes Teddy, a freestyling breakdancer of equal dorkiness, stumbling onto Rad’s Achilles heel—ping pong—to get him to the local arcade. There’s no bond like one nurtured by quarter carny games, soft serve, and bullies.

Local bully Lyle Ace (Joseph McCaughtry) has already urinated on Rad’s home away from home away from home, and sneers with entitlement and outward distaste. His crony, Dale Lyons (Andy Riddle), comes across like the homoerotic cousin of Scut Farkus from “A Christmas Story.” Dale taunts Rad with gems like, “He’s huge.” They’re the richest kids in Ocean City.

The candy-coated Stacy Summers (Emmi Shockley) flocks to Lyle like an abused spouse. She’s as much his domain as the ping pong table. Rad and Stacy hang out a few times, and despite Stacy’s whiplash waffling on Rad, Lyle decides he must conquer the vacationer. They agree on the terms: a ping pong match of legendary proportions. Lyle’s already embarrassed him once. But Rad has a secret weapon: His neighbor, Randi Jammer (Susan Sarandon), a Miyagi-like ping pong sensei.

Tully populates the world of “Ping Pong Summer” with plenty of cartoonish throwbacks. The colorful film’s logic and story practically mirror a comic book; all that’s missing are the “Kabam!” and “Pow!” after each serve and return of a ping pong ball.

However, the movie’s characters aren’t quite as deep. There’s little allure to Stacy’s mostly catatonic personality. She’s simply the sweet treat. Still, Rad’s entranced by her, eventually inquiring as to why she’s attracted to “dipshits” like Lyle. Her reply: “Because they’re dumb.”

But the subtext tells a different story: The girls of summer go for the dicks of summer because that’s what a decade-plus of teen genre entries told us. With its rules firmly rooted in the heyday of “The Breakfast Club,” “Goonies ” “Karate Kid” and other 80s mainstays, “Ping Pong Summer” tributes its precedents with montages and freeze-frame stylizations from the likes of Any Road Movie Ever and “Rocky.” Tully extracts the best and worst of the ‘80s milieu, reshaping them both with largely sincere and funny results.

While it embeds its reference points in an customarily warm coming-of-age story, the whole package doesn’t possess the same enjoyable pizzazz as the individual scenes. An affectionate love letter to a bygone era of growing up, “Ping Pong Summer” brims with specific pop culture minutiae, making it easy to assume the movie has been intended as a farce, but it has a lot more going on beneath the surface.

A version of this review ran during the 2014 Sundance Film Festival. “Ping Pong Summer” opens in theaters and video-on-demand platforms this Friday.