The Best Films of 2014 So Far: Critics Pick 'Grand Budapest Hotel,' 'Under the Skin,' 'Lego Movie' and More 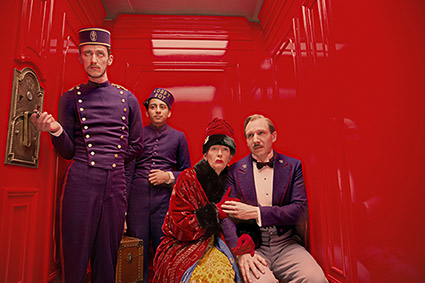 With 122 critics voting in Indiewire’s second annual mid-year poll of the Criticwire Network, Wes Anderson’s “The Grand Budapest Hotel” checked in with a strong showing in first place.

“Budapest” appeared on nearly 60% of the total ballots, while Jonathan Glazer’s enigmatic, nightmarish “Under the Skin,” Jim Jarmusch’s modern nostalgia for the undead “Only Lovers Left Alive” and Pawel Pawlikowski’s “Ida,” a lush black-and-white tale of discovering the past, all finished close behind.

In order to qualify for the poll, films were required to have received at least a one-week run in North America or a release on video-on-demand platforms. (Those films that have played at festivals but have impending release dates will be fair game for our traditional end-of-year poll in December.)

One of the surprising results was a top-five finish for Phil Lord and Chris Miller’s “The LEGO Movie,” easily the highest-ranking studio film on the list. The directing combo also nabbed votes on a half-dozen ballots for the recent “22 Jump Street.” 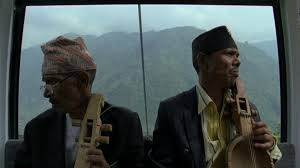 While we do keep a running tally of the top-ranked movies of the year, that particular tally is based on overall Criticwire averages. Sometimes a polarizing film doesn’t quite have the overwhelming support to overcome its detractors. A few of those movies managed to crack our poll’s upper tier. In the spectacle category, Darren Aronofsky’s “Noah” and Paul W.S. Anderson’s “Pompeii” both sit comfortably in the top fifty.

Documentaries took six of those top fifty slots, the highest of which being Pacho Velez and Stephanie Spray’s “Manakamana.” The hypnotic look at passengers on the way to and from the titular Nepalese temple is second such halfway-point hit for a film featuring the involvement of the Harvard Sensory Ethnography Lab (“Leviathan” was the top doc back in June 2013). Other highly regarded documentaries on the list include “The Missing Picture,” Rithy Panh’s look at the atrocities of the Khmer Rouge in the late 1970s, “The Unknown Known,” Errol Morris’ tête-à-tête with former Secretary of Defense Donald Rumsfeld and “Mistaken for Strangers,” last year’s Tribeca opener that captures the story of brotherhood at the center of the band The National.

On the notable distribution side, A24 Films went a perfect five-for-five on 2014 releases, with “Under the Skin,” “Enemy,” “Locke,” “The Rover” and “Obvious Child” all claiming their own part of the top fifty. In another list-based trend, Cannes, Berlin and TIFF alums seem to feel right at home at this list. Of the 41 top films that played on the festival circuit, 28 did so either in France, Germany or Toronto.

But regardless of their distribution champions or festivals of origin, this list has plenty of variety to offer, with some of the biggest of mainstream filmmaking to the simplest of the indie world (and a few titles in between). Here’s the top 10:

And this is just the tip of the Best Films iceberg. In addition to the aforementioned Best Reviewed Films list, our friends at The Playlist have another list of 2014 favorites, the Thompson on Hollywood! staff members elaborate on their individual top tens, Indiewire’s film critic Eric Kohn has an in-depth explanation of his mid-year ballot, and June’s first Criticwire Survey listed some of the top films of the year as well (along with a healthy helping of the year’s cultural cream of the crop).

You can find the full results, including a list of all participating critics and their individual ballots, at our survey homepage here.

This Article is related to: Features and tagged 22 Jump Street, Blue Ruin, Enemy, Jodorowsky's Dune, Locke, Manakamana, Noah, Nymphomaniac: Volume I, Obvious Child, Only Lovers Left Alive, Pompeii, Stranger by the Lake, The Grand Budapest Hotel, The Immigrant, The LEGO Movie, The Missing Picture, The Raid 2: Berandal, The Rover, The Unknown Known: The Life and Times of Donald Rumsfeld, Under the Skin