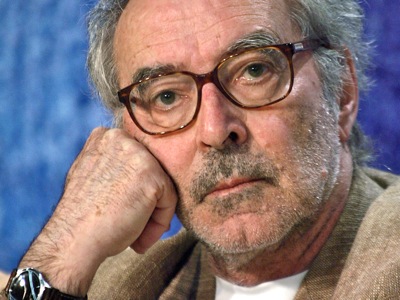 Last month Indiewire was fortunate enough to get the opportunity to watch French New Wave master Jean-Luc Godard’s “Goodbye to Language 3D” at Cannes. Now, Godard has sat down with Canon Europe to discuss the making of his latest picture, which was shot in 3D.

READ MORE: Cannes Review: Jean-Luc Godard’s Baffling, Hilarious ‘Goodbye to Language 3D’ Will Mess With Your Eyes — And Your Head

The interview, which is separated into two parts, shows the director speaking about his use of 3D technology, the creation of reverse shots and, as a bonus, the interview also includes some clips from the film itself. In the second part of the interview Godard shifts the focus to his career origins and his discovery of cinema in general.
It’s a fascinating watch and one that gives some insight into the making of his complicated film.