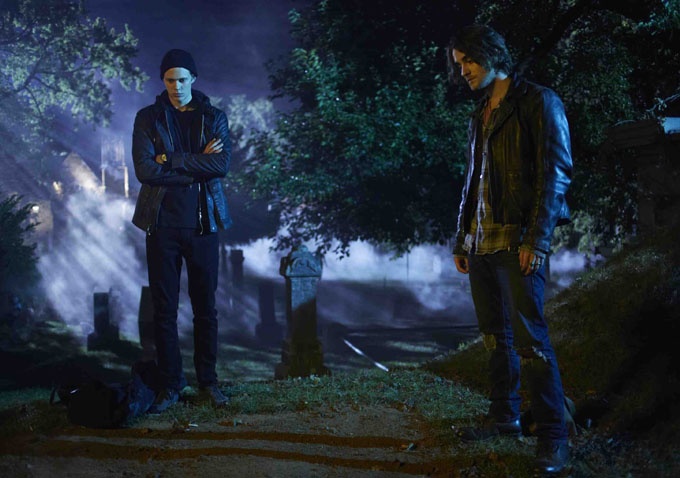 With “Orange is the New Black” dropping over the weekend, Netflix has moved on to its next hit show, debuting a very NSFW, Red Band trailer for the July 11 release of season 2 of “Hemlock Grove.” The Eli Roth helmed supernatural horror premiered in April 2013 and went on to receive two Emmy nominations. The second season, which looks to be even bloodier and more intense than its predecessor, stars Bill Skarsgard, Landon Liboiron, Famke Janssen, Madeline Martin and Tiio Horn.

The ten-episode second season will focus on the once sleepy Pennsylvania town coming to terms with the terror that it has seen and will continue to endure as its citizens’ monstrous secrets have been revealed. New to the cast is Madeline Brewer who plays Miranda Cates. Looking to start anew, Miranda arrives in Hemlock Grove unaware of the trauma experienced by the townspeople and of the profound effect she has had on returning characters Roman (Skarsgard) and Peter (Liboiron).