Why Does Showtime Run Shows Like 'Nurse Jackie' Into the Ground? 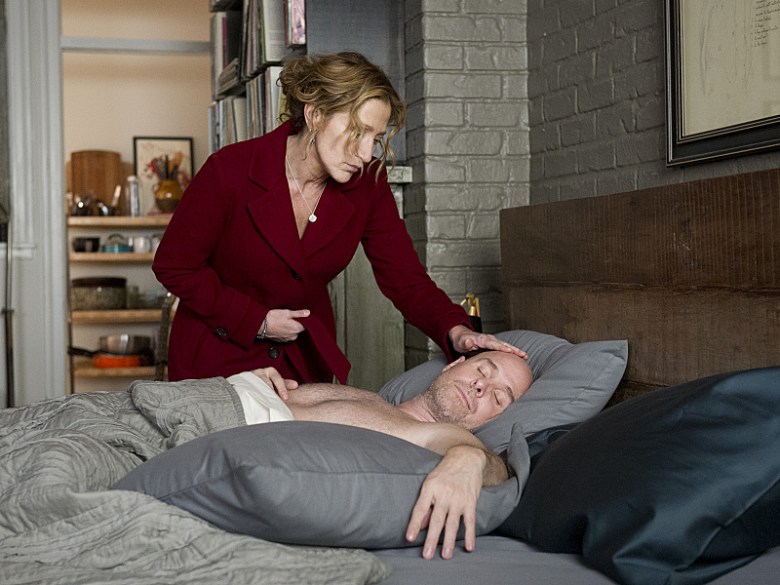 When “Homeland” took home the Emmy for outstanding drama series in 2012, it was a landmark award for Showtime, marking the first time the premium network had received the award. And it seemed that the network was on its way to being in the same stratosphere of high quality cable shows that HBO had been in for over a decade and AMC had recently invaded with “Mad Men” and “Breaking Bad.”

We know how that turned out, though: “Homeland” ended its Emmy streak at one, and its second and third seasons were considered to be a mess compared to the taut and dramatic first season. This was due in part to Nicholas Brody (Damian Lewis) still kicking around — because the execs at Showtime couldn’t leave well enough alone.

One thing that’s evident is that Showtime wants to be just like its premium rival up the cable dial: They develop high-concept shows and recruit big-time actors to star in them. A network with lesser ambitions wouldn’t have gotten Don Cheadle to star in “House of Lies,” Laura Linney to get cancer in “The Big C,” or have Matt LeBlanc play a douchey version of himself in “Episodes.

The reality, though, is that Showtime is a freakish hybrid of HBO and a standard broadcast network, one that has a penchant for keeping its hit shows on for far too long, giving creative advice that hobbles other shows and not putting enough promotion behind shows that could use it.

Take the example of “Nurse Jackie,” which ends its sixth season on June 29th. Oh, you didn’t realize that the show was still on? Well, it is — in fact, the network announced a renewal for a seventh season not long after the six season began. You’d be forgiven, though, to think that the show ended long ago, mainly because it felt like it came to a natural end somewhere around the end of Season 3, when the lies and deviousness used by Jackie Peyton (Edie Falco) to cover up her addiction to painkillers were exposed. Or maybe that natural ending came at the end of Season 4, when Jackie went through rehab and struck up both a romance with her boss (Bobby Cannavale) and a co-dependent relationship with his son (Jake Cannavale).

READ MORE: No, No, No: ‘Nurse Jackie’ Finally Heads to Rehab

But the show pressed on beyond those points, showing Jackie plow through a year of sobriety while negotiating custody terms with her ex-husband Kevin (Dominic Fumusa) and dealing with the increasing rebelliousness of her teen daughter Grace (Ruby Jerins). Jackie dealt with that along with all the stresses of working in the All Saints Hospital emergency room — and by the end of the season, it seems like everything is right with Jackie’s world, as she’s engaged to nice-guy cop Frank (Adam Ferrara), her new family life is settling down and work is doing well.

But in the last scene of the season, we see her pop an oxycontin capsule she had stored in her engagement ring box “just in case”… and the deceit began anew.

Season 6 has felt like a rerun of the first two seasons, as Jackie comes up with ingenious lies and betrays her family and friends in order to keep her addiction going. She steals the DEA ID of Dr. Roman (Betty Gilpin) in order to get drugs, and persuades a homeless nun to take the rap on her deathbed. She sticks her foot out behind the wheel of Gloria Akalitus’ (Anna Deavere Smith) Mustang so she can get painkillers. She persuades her AA sponsor Antoinette (Julie White) to join her for a bender by saying they’ll both go to rehab, then abandons Antoinette in rehab in order to keep using. She detoxes at home with the help of Frank, Antoinette and former lover/enabler Eddie (Paul Schulze), only to pop pills as soon as she feels better.

It all feels like we’ve been there before. There is an argument to be made, which Matthew Gilbert of the Boston Globe did last week, that this repetition is “a portrait of addiction that refuses, and then refuses all over again, to soften the truth or give viewers a comforting way out.” But repetition is death to a series, and it gets to a point when you start to wonder if Jackie is just the best liar in the world (as Grace told Frank earlier this season), or everyone else around her is just plain stupid.

This is a sign that Showtime just can’t leave well enough alone when it comes to its shows. What will season 7 behold, Jackie going through rehab again? And what of the inevitable seasons 8 and 9? How many new people will be introduced for Jackie to lie to?

Remember, this is the same network that took Jenji Kohan’s daring show “Weeds” and ran it into the ground, with Mary-Louise Parker’s character Nancy Botwin continuing to escape the clutches of the law over and over. Even when she finally does get caught, she returns to law-breaking, and continues to get herself and her family into trouble. “Dexter” was also a critical favorite, but became irrelevant by the time it ended last year, with its fans admitting that it likely ran two to three seasons too long

Unlike HBO, which seems to give most of its shows’ creators free reign to decide how long its series will run, Showtime operates more like a regular broadcast network, milking its shows for all they’re worth, way past their expiration date. Sure, HBO isn’t immune to this behavior: “True Blood” likely should have ended when Alan Ball departed. But more often than not, Showtime rides their shows to the point where even its shows’ most ardent fans stop caring what happens, mainly due to either repetition or increasingly absurd plotting. For example, right now “Californication” is limping to a conclusion that it likely should have had two years ago. You might not have known. Because you might have forgotten that show is on the air.

It can also be argued that, if Showtime hadn’t stepped in and told Howard Gordon and Alex Gansa that Damian Lewis was too valuable to kill off after the first season of “Homeland,” the show could have continued on its Emmy-winning streak, instead of taking two seasons to stretch out the story of Nicholas Brody well past the borders of believability. But it seems like the management of Showtime was thinking more short-term, counting the number of awards Lewis was going to win for his searing portrayal of the returned POW with divided loyalties, rather than letting the story play out naturally.

Now, the show goes into its fourth season with Carrie Mathison (Claire Danes) in Pakistan on a completely new adventure. Will the reboot be able to get the viewers and critics back who threw up their hands in frustration over the ill-conceived love affair between Carrie and Brody, one that ultimately undermined the show’s tension? Who knows? But what we do know is if the show had been allowed to move on in 2012, not 2014, it would have been better off.

So let “Nurse Jackie” be a cautionary tale to the folks at Showtime. Yes, Edie Falco may get yet another comedy actress nod, and no one will ever object to seeing Merritt Wever (the only truly funny person in this so-called “comedy”) getting her Emmy due. But those individual performances will validate to the Showtime execs that the show is on the right track. It isn’t, and the longer it goes, the more that’s going to become apparent. Though no one will be around to watch it go completely off the rails.