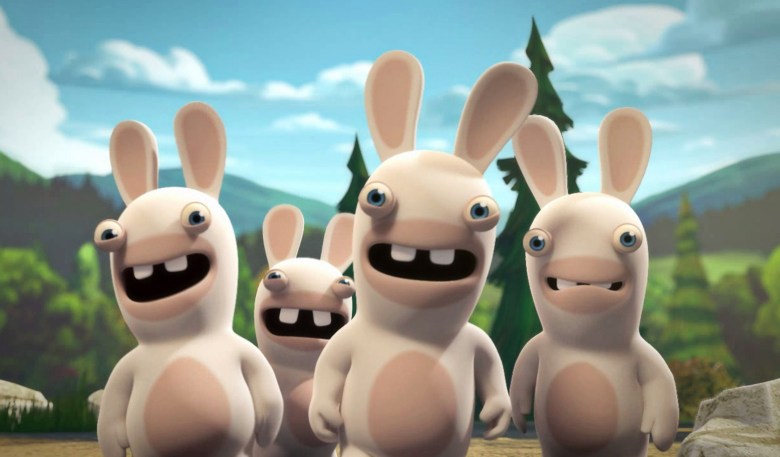 Here’s some friendly advice for anyone who’s passionate about film, television and media in general: If you don’t pay attention to the video game industry, now might be the time to start.

Not only is it a $21 billion (with a b) business, but games have become much bigger than “Mario Kart” and shoot-’em-ups: Not only are game-to-movie adaptations like “Assassin’s Creed” and “Metal Gear Solid” poised to define a new generation of action films, but consoles like Xbox and Playstation enable users to watch everything from Netflix to YouTube to original series on their televisions.

Gaming is only going to become more important to the media landscape in the future, and no week makes that more clear than the week of the Electronic Entertainment Expo (E3). If video games aren’t your jam, all you need to know about E3 is that it’s the one of the biggest (and loudest) events of the gaming industry — a week of demos and product launches and big talk about what to expect next from the major studios and tiny indies.

Every year, E3 kicks off with a long day of press events put on by the industry’s biggest players; this time, most of them kept their focus on actual gaming, but there was still news that should be on the radar of anyone invested in the business of creating pop culture.

Playstation’s making its first real move into the original content world with the upcoming superhero drama “Powers,” based on the comic book by Brian Michael Bendis and Michael Avon Oeming. “Powers” actually has an interesting back story — the graphic novel was originally developed by FX in 2011 as a series, and a pilot starring Jason Patric and Charles S. Dutton was shot. But while the FX pilot eventually went nowhere, “Powers” has been greenlit for a December launch (cast has yet to be announced). The show’s premise — what would a world where people have powers look like? — might remind you of “Heroes.” But if “Powers” works, it could be Playstation’s “Sopranos.”

A film adaptation of the popular game series, starring a fox-like space mechanic and his robot friend, is set to arrive in theaters in 2015; it’ll be of course accompanied by a new “Ratchet” video game, and both properties will feature the same voice talent. This is what media convergence looks like, in case you were wondering.

Microsoft is also making a ton of original TV for Xbox

It didn’t really come up much during Monday’s presentation, but Microsoft has a massive slate of original shows in development for Xbox — everything from a reality series about street soccer (tied to the World Cup) to two separate projects set in the world of flagship game “Halo”: A series executive produced by Steven Spielberg, and a digital feature from Ridley Scott and established TV director Sergio Mimica-Gezzan. Most of it is still in the works, but this time next year, a Xbox Live subscription could be as necessary as Netflix. (Well, maybe not as necessary as Netflix. Hulu Plus, though…)

A Nickelodeon animated show is getting interactive

Game publisher Ubisoft announced that an interactive version of the CGI series “Rabbids Invasion” would be arriving on consoles this November. Each episode of the popular series (recently renewed for a second season) will incorporate interactive games and activities featuring the Rabbids (think the Minions from “Despicable Me,” except they kind of look like bunnies) getting into mischief. “This is not only TV you can watch, but TV you can play,” said brand producer Xavier Manzanares on the Ubisoft blog.

Gaming — and streaming — may be getting a lot cheaper

Sony’s other big announcement on Monday was the reveal of Playstation TV, a small set-top box priced at $99. Its features include the ability to stream the same services that the PS3 and PS4 offer (including Netflix, Hulu, HBO Go and others), as well as some gaming capability.

There are plenty of low-priced devices that can bring digital content to your television, but the gaming element makes Playstation TV something that a non-gamer might check out. Call it a gateway drug. Or an introduction into a much bigger world.

This Article is related to: Television and tagged Playstation, Video Games, Xbox