10 More Things I Learned During My Failed Kickstarter Campaign 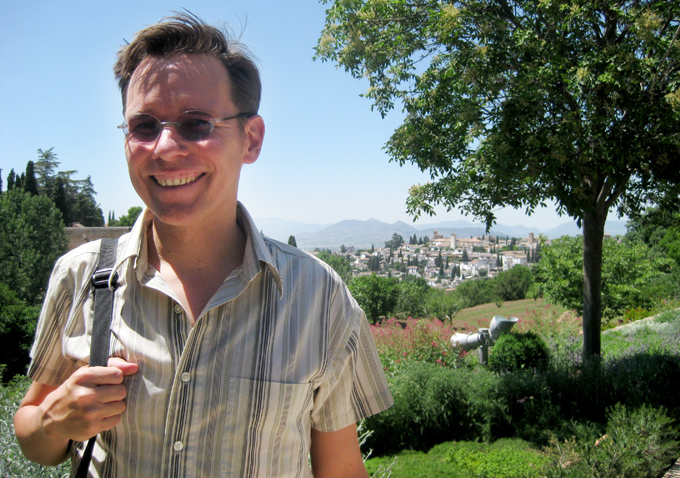 Mark Tapio Kines was the first person to employ online crowdfunding
to finance a film; in 1998, he raised $150,000 in finishing funds for
his debut feature “Foreign Correspondents.” More than 15 years later, he
ran a Kickstarter campaign for his third feature “Dial 9 to Get Out,” but failed to reach his $120,000 goal. He recently detailed eight things he learned during his failed campaign, and now he’s got 10 more things to add below:

1. Before you do anything else, work out a detailed budget for your film and a production schedule.

I’m concerned that the popularity of film crowdfunding is on the wane. One reason: Successfully funded filmmakers are disappointing their backers by falling behind schedule and even failing to make their films. (Several campaigns that I have backed are guilty of this.) It’s scaring people away from supporting more projects.

Show the world that you know what you’re doing: Before you begin strategizing your campaign, pretend you already have the money for your film. Nail down a production schedule that you can stick to, then work out your budget, down to the smallest detail. You don’t need to share it all on your campaign page, but posting a basic breakdown of your film’s budget and schedule will prove that you’re serious.

2. Identify a passionate niche audience that you can promote your campaign to.

Unlike gadgets and games — which often do very well on crowdfunding sites — films can’t promise endless hours of entertainment. Two hours max, that’s it. It’s hard to convince a stranger to cough up $25 for something they will only watch once or twice. That’s why you need to give them another reason to get excited about what you’re doing. Appeal to a specific passion — and “supporting independent filmmaking” is not the passion I’m talking about.

Documentaries have an advantage here because a) they often center around topics or social issues that many people already feel passionate about, and b) it’s easy to find websites, organizations, etc. devoted to those topics and issues where the campaign can be promoted.

If you’re making a narrative film, you’ve got more legwork to do. Obviously, if you have a star attached, their existing fan base is the niche audience you’ll approach, but otherwise, I’ll be blunt: Kickstarter and Indiegogo members who fund lots of projects — I call them “serial backers” — tend to favor geeky things. So identify a “geek factor” in your film that you can promote. The more specific the better. Simply being science fiction won’t cut it. Your film should serve an audience that feels under-served. It’s not just about making a film that will appeal to their unique interests. It’s more about giving them an opportunity to will such films into existence.

I failed to do this with my film “Dial 9 to Get Out.” As a horror/thriller hybrid, it had no specific niche appeal. If your film isn’t “geek categorizable,” you might find yourself in a similar boat.

3. Think about how much money you’re asking for, then act accordingly.

If your campaign goal is $10,000 or less, you can probably raise it all from friends (and friends of friends). Lobby them constantly and don’t worry about connecting with the world at large. But filmmakers hoping to raise more must think bigger. At higher levels, the campaign becomes a genuine business, not just a hobby.

If your budget is $100,000 or more, consider getting a publicist — a real one, not just one of those outfits that promise to get you “more followers.” Good publicists can cost upwards of $3,000 per month. Is a successful campaign worth the expense?

Also, if your budget is in the 6-figure range (or higher), you need to get serious about attaching name talent, in order to attract the press you’ll need to reach the masses. Even with a good publicist, no one will write an article about your campaign if there’s no hook to it.

I didn’t do any of this, despite my campaign’s lofty $120,000 goal. I worked on my own, spent absolutely nothing, and hoped that my claim to fame as the world’s first crowdfunded filmmaker was enough to intrigue press and backers alike. It wasn’t.

4. Have your friends be a focus group for your rewards.

A couple of months before I launched my campaign, I emailed about 20 friends with some questions about the kind of swag they’d be interested in. Their responses helped me determine my backer rewards.

Here’s a sampling of what I learned: Folks were evenly mixed about whether they’d want a DVD, a Blu-ray, or a digital download. Nobody cared much for a poster. Black was by far the most desired color for a T-shirt. $25 seemed reasonable for a DVD. (This includes domestic shipping – see below.)

Your results may differ, based on your own circle of friends – who, after all, should represent your audience. But their input will give you an idea of the reward tier prices to set, and what you should and shouldn’t offer.

5. Factor the costs of producing and mailing rewards into your campaign goal.

In my previous article, I noted that you should add 10% of your film’s budget to your campaign’s total goal, to cover site commission fees. But factor in reward fulfillment costs as well. If it costs you $5,000 to produce and ship all your rewards, you don’t want that eating into your film’s budget.

Since DVDs, Blu-rays, and T-shirts are the most common rewards, you can get some prices from this DVD/Blu-ray duplication service and this T-Shirt printing service. I have not worked with either vendor, but their rates are competitive.

Here are recent U.S. Postal Service costs for mailing one DVD or Blu-ray: $2.50 domestic, $9.49 international. Mailing a T-shirt (with DVD or Blu-ray) costs $3.76 domestic, $14.90 international. Add about 30 cents for each padded shipping envelope, if you buy them in bulk. Note that prices may go up by the time you actually finish your film and ship your rewards, but don’t frighten off backers with exorbitant shipping fees.

6. Have some lower-tier rewards that you can deliver ASAP.

Like a lot of campaigners, I offered Twitter shout-outs and follows for my backers. But I delivered the moment I received each pledge, instead of waiting until the end of the campaign. Those people deserved my gratitude, so why make them wait for it? I also offered certain backers a chance to see a brand new short film that I’d made, which was otherwise not available to the public.

My point is that rewards that you can fulfill instantly, at little to no cost to yourself, engage your backers and make them feel appreciated – which might encourage them to spread the word about your campaign, or even increase the amount of their pledges.

Come up with some simple but cool freebies: Twitter shout-outs, desktop wallpapers, funny videos or MP3s, whatever. Then send those to your backers immediately. (Have them linked from private Kickstarter/Indiegogo messages, as you can’t see your backers’ email addresses until your campaign is successful.)

7. Be grateful to your backers in general.

I sent a personal thank you message to each and every one of my backers, as soon as I got their pledge. Yes, I only had 249 backers, but unless you’re getting hundreds per day, you will have the time to do this. One backer from Sweden was surprised to get my thank you message, and told me that this doesn’t usually happen. I was shocked. Someone’s giving you money to pursue your dreams, and you can’t be bothered to thank them? Don’t be an ingrate. Show your appreciation.

8. Don’t obsess too much over when to post your social network updates.

Tons of sites attempt to pinpoint the exact time of day when the most eyes will be on your updates. During my campaign, I kept asking myself, “Should I post this at 5pm? 6pm?” But in the end, as long as you avoid weekends and late nights, the difference in when you post an update is minimal. Don’t stress out about it. (Though for what it’s worth, my email blasts fared the best when I sent them out at around 1pm on a weekday.)

I found that personalized messages were far more effective than tweets and updates anyway. Looking back, I should have taken the time to write more of them. It takes nerve to ask an acquaintance directly for money or help, but if your film is that important to you, try to send out personal requests without being annoying.

Recently I backed a short film on Kickstarter. The filmmaker cancelled his campaign after the first week, complaining that he wasn’t getting the response he wanted. Needless to say, I’ll never back him again, because he’s a quitter. If you can’t finish a 30-day crowdfunding campaign, how can you be trusted to finish a film?

Your project is brilliant and you’re madly in love with it. Share your enthusiasm – not just on day one of your campaign, but on day 30. Even if you don’t reach your goal, it’s important that everyone knows you didn’t give up. You never know – it might lead to good things for your film down the line.

When my Kickstarter campaign failed, some suggested I try again on Indiegogo, where the “flexible funding” campaign option meant I could keep whatever I made. But imagine telling people you need $120,000 (like I did), then raising $42,000 (like I did). That remaining $78,000 won’t just magically appear. If I had used Indiegogo’s flexible funding campaign, I’d be in hot water.

Here’s a simple formula to help you decide:

Starting from scratch, and trying to fund your entire film? Use Kickstarter. If you don’t meet your goal and can’t make your film, then at least nobody’s lost any money on it.

Need finishing funds, or your budget is so low that you could fund most of it yourself? Use Indiegogo’s flexible funding. The philosophy here is, “I’m going to finish this film eventually, but a little extra dough will expedite the process.” That way, even if you only raise $1,000 of the $20,000 you asked for, it can still be put to use.

Mark Tapio Kines is the author of Screenwriting Fundamentals on Lynda.com. He has written and directed two features, and is the first filmmaker to ever use crowdfunding to finance his work. Visit his site.