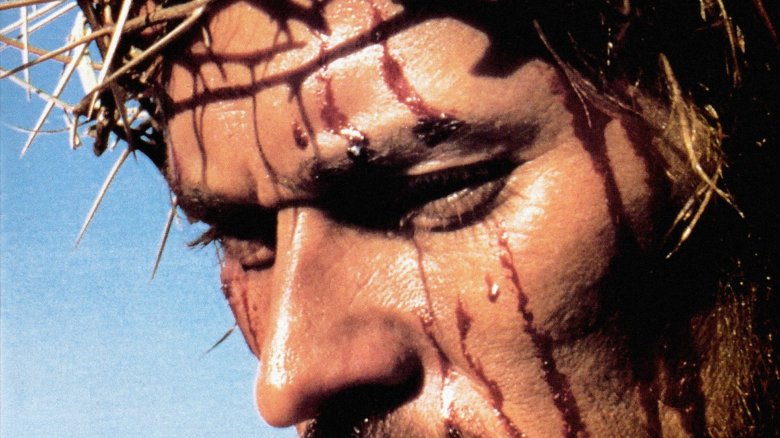 Incessant bloodbaths and animalistic sex scenes could have definitely been cause for alarm regarding Zack Snyder’s visually stunning adaptation of Frank Miller and Lynn Varley graphic novel, however, trouble aroused for more ideological reasons. In the film, the great ancient Spartans warriors go to war with the Persian Empire, who follow the orders of Xerxes, an effeminate king whose divine power is as grotesque as it is menacing. Offended by such unflattering characterization, the Iranian government banned the film, considering it a revolting example of American propaganda. Not satisfied with preventing the film from screening there, Tehran submitted a complaint denouncing the production to UNESCO citing that it misrepresented and hurt the country’s national identity and historical legacy. In addition to this, “300” also came under media scrutiny because of the hyper-masculine behavior of its heroes set against their unmanly enemies, in response Snyder said it was done to play into the homophobia of the film’s target audience: Straight young males. Obviously such a statement did not sit well with many who belived it promoted such discriminatory fear. On top of all this, the idealized vision of war and superhuman fighting skills showcase, which were hidden under numerous historical inaccuracies, were also criticized. Despite it all, the film became a moneymaking pop-culture success and a sequel entitled “300: Rise of an Empire” later followed.

Teenage promiscuity in American suburbia is undoubtedly a subject that deviates from the norm, but for provocateur Larry Clark that seems not to be an issue. With films like “Kids” and “Bully” in his filmography, it was only a matter of time before he decided to fully dive even further into risky territory. Telling the stories of several adolescents experiencing abuse, drug addiction, underage sex and violence, the film penned by Harmony Korine was seen by many as an exploitative exercise. While the film was only officially banned in Australia, this event was the cause for a major debate on censorship in that country. When the Office of Film and Literature Classification refused to allow the film to be screened at the Sydney Film Festival, a group of citizens and industry professionals, known as Free Cinema, scheduled a protest screening at a city hall. As the organizers were about to show the film to a pack house of eager viewers, a police squad intervened. They confiscated the illegal DVD and arrested several people. Due to a physical altercation between Clark and the head of the film’s U.K distributor, “Ken Park” was never released there. To make matters worse, the highly explicit nature left it without U.S distribution.

Told in reverse chronological order and dealing with the permanent consequences of revenge, Gaspar Noe’s 2002 shocking film was highly confrontational, to say the least. Containing one of the most brutal scenes ever put on screen in which a woman, played by Monica Bellucci, is raped and beaten, the film was created to be a high intensity experience. Besides this almost unbearable sequence, “Irreversible” also displays a hefty dose of senseless violence and sex all within the context of a morally corroded society. In New Zealand, the film was initially banned because of the unspeakable crimes it depicts, but such sanctions were later revoked and the film was allowed a theatrical release with an advisory warning attached. Still, since censors believed the film would be accessible to children and teens if it permitted to be issued on DVD, the home entertainment releases were banned, making it unavailable after its theatrical run. Simultaneously in the Kiwi nation, film critic Chris Banks deemed Noe’s sophomore effort as “the most homophobic film ever released” due to the detrimental images of homosexuals included in the film.

Iranian cinema has always been considered deeply poetic and of high artistic pedigree, which is a miraculous accomplishment given the relentless censorship and constraint filmmakers there must face. Freedom of expression is not a concept that often applies in the Islamic republic, and this is evident in the cases of directors Jafar Panahi (“Closed Curtain”) and Mohammad Rasoulof (“Manuscripts Don’t Burn”), who have been prosecuted because of their films’ provocative content. By the same token, when expat Marjane Satrapi turned her autobiographical graphic novel into an animated feature dealing with life in pre-revolutionary Iran and her struggles moving to France, the government claimed the film presented an unrealistic version of the events. Both Iran and Lebanon originally banned Satrapi’s debut, but later recanted their decision allowing it to be screened with the sexual elements censored. More recently in Tunisia, the owner of a private TV station was put on trial after allowing the film to be broadcast, which the local government considered goes against “sacred values.” Fortunately, none of these setbacks affected its overall success that included an Academy Award nomination for Best Animated Feature.

Nothing seems like a better candidate for censorship than a 1933 Czech film said to be the first to feature sexual intercourse and a female orgasm on screen. Directed by Gustav Machaty, the film was astonishingly ahead of its time since it focused on Eva, (Hedy Lamarr) a young bride whose sexual needs are not met at home and who feels compelled to seek satisfaction elsewhere. Prominent nudity, religious visual references and justified adultery were considered overwhelmingly indecent for conservative American groups back then such as the Catholic Legion of Decency. Thus, “Ecstasy” also became the first ever film to be refused entrance into the U.S. by the federal government. Almost a decade later, an edited version was released in a few states, while it remained forbidden in others such as Pennsylvania. Similarly, the film also caused uproar in the world stage. Adolf Hitler banned the film in Germany and Pope Pius XII denounce it for its immoral imagery. Defying the status quo of that era, the erotic and female empowering art house classic was a trailblazer for provocative filmmaking.