As 'Snowpiercer' Hits VOD, the Industry's Divided on Distribution's Future 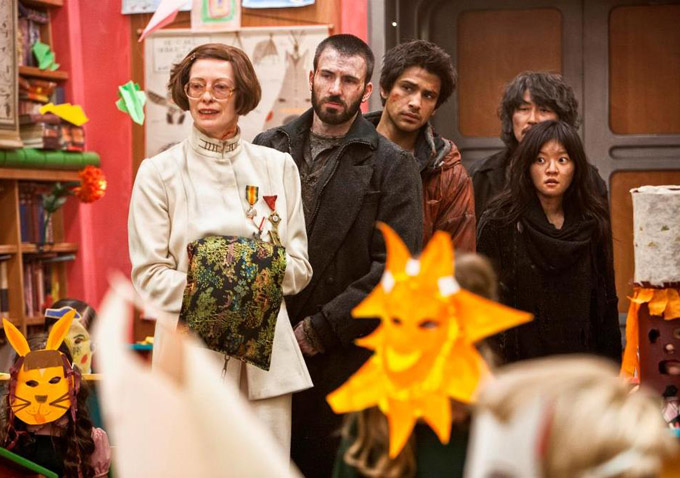 Today, Korean director Bong Joon-ho’s post-apocalyptic action movie “Snowpiercer” will expand to 354 screens around the United States, but also will grace many more personal screens around the country. As Indiewire reported earlier this week, distributor Radius-TWC announced plans to accelerate the VOD release date for “Snowpiercer” to this Friday, its third weekend of theatrical release — much sooner than most titles are available on digital platforms, unless they receive a day-and-date release.

Last weekend, “Snowpiercer” grossed a per-screen average of $3,993 for a strong cumulative gross of $1,501,844. Though that number will continue to grow this weekend, its VOD grosses will increase the overall take much more.

READ MORE: ‘Snowpiercer’ is Coming to VOD Early. Here’s Why.

Radius executive Tom Quinn told Indiewire that the company found more supporters than usual, including theaters that don’t usually show VOD releases at all. “We’re playing with people who have not done this before, so there was less resistance,” he said, pointing out the movie’s healthy box office gross. “There are people out there who absolutely would have done this if they could choose again, because it’s working. I’m really content with everything we had hoped for.”

Quinn emphasized that this unorthodox approach works well for certain movies that benefit from the theatrical setting but also have a high enough demand to merit a wider availability. He singled out “Spring Breakers,” which was released last year by A24, as another movie he felt could have benefited from the approach. “It would’ve been more profitable,” he said. “People would’ve seen it.” 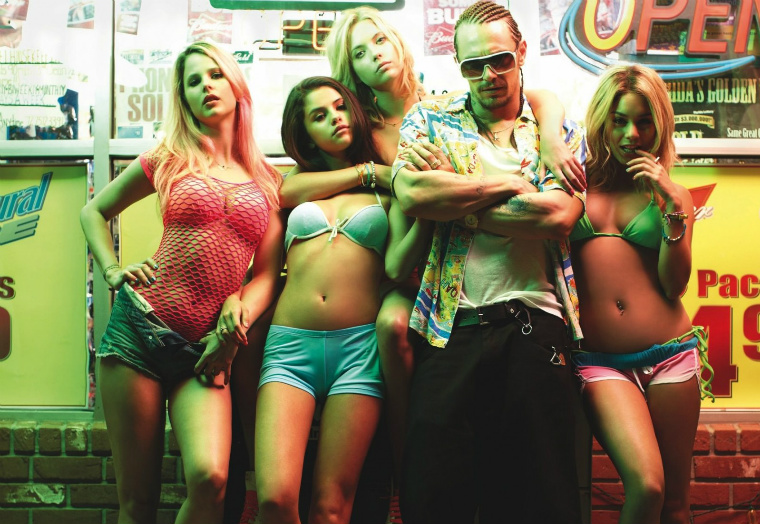 While metrics of viewership in the VOD market are difficult to determine, Quinn said that they estimate the overall potential audience of home viewers at 85 million. That means even a small fraction of the pie merits a success. “We aspire to far lower than half of that, 2.5% – 5% of that,” he said. “It’s more available than any movie on screens now. Casting a bigger net makes this a much more even playing field.”

READ MORE: Will We Finally See VOD Numbers? Radius-TWC Takes a Step in the Right Direction.

Quinn acknowledged that not everyone can be won over by the approach yet. “This is not a charity business,” he said. “We don’t expect anybody to play this movie whom it’s not working for.”

Indiewire reached out to other veterans in the distribution and exhibition space to gather more opinions on the viability of the approach.

“Exhibitor reaction to VOD releases hasn’t changed significantly over the years that Magnolia has been doing this, but there’s been some progress. The rule of thumb is that the major chains won’t play films with less than a three month window between theatrical and ancillary, but that many smaller circuits and independent theaters will play them. Overall, the general stance of the National Association of Theater Owners hasn’t changed – they’re still opposed to what we and an increasing number of other distributors do with these titles. But exhibitors have begun to see the value in many of these films and have come up with some ways to circumvent policies – for instance, a few mid-sized chains have selected one or two theaters within their circuits to exhibit VOD titles. Some will do four-walls. Some will book VOD titles as alternative programming, thus getting around film department policies. These are minor concessions amidst a larger industry cold-shoulder, but it’s forward progress nonetheless and certainly more than I’d have thought possible eight years ago when we first started playing around with day-and-date.” 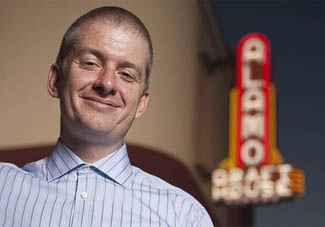 “I was aware of the early VOD release for ‘Snowpiercer’ and I almost didn’t extend it for a second week because of it (I did as there is little other content at the moment). Day and date and early VOD release is part of the ongoing and continuing assault from distributors that mostly impact the art house theaters such as mine. And I won’t even include what digital conversion did to so many houses.

“Most distributors have centralized their reps. So instead of having a regional rep who would actually be knowledgeable about the theaters in his/her region (understanding if a certain film would perform better at my theater instead of the nearby Regal, for instance), It’s just math: How many screens are they on…The chains have so many screens, they can take content that they don’t have ticket sales for, just to fill the space.” 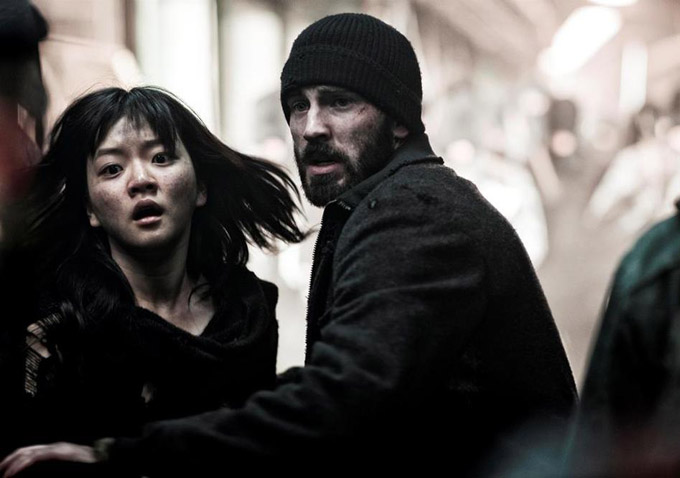 “Basically, theatrical distribution (both Hollywood blockbusters and art house) are only vehicles to promote VOD/DVD sales and streaming. The blockbusters make back most of their budgets overseas and theatrical release is mandated in order to garner award nominations/wins, which again, serve mostly for DVD sales.

“Art houses, like mine, actually do the lion’s share of the marketing and promotion for their film releases. To have these day and date and early VOD releases is just a slap in our face, which they spin as being part of the new paradigm of how people ingest their content.”

“In general, the bulk of the theaters that ‘Snowpiercer’ played are playing VOD titles — not limited window, but day and date — all the time. Would these theaters prefer to play titles they have 90 day windows? Sure, of course. But as independents, they also have the ability to choose to play day and date or limited window films that they think will do business in the theaters instead of basing their decision strictly on its window. 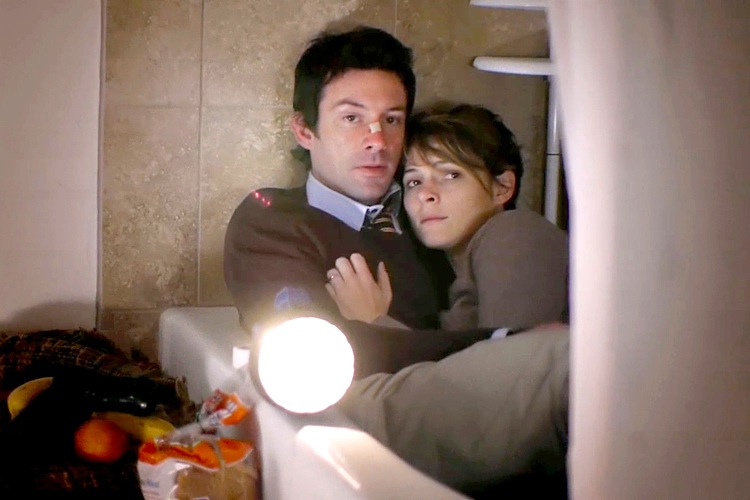 “In the case of ‘Upstream Color,’ the limited window made the film unavailable to the majority of chains, both commercial and specialized. Shane Carruth and Joe Beyer from Sundance Artist Services did arrange for a four-week window, so theater owners were very happy that they’d at least have SOME exclusivity. And as a result, we front-loaded the bulk of the markets into this window, and most of their runs were winding down by the time the film got to VOD anyway. But we were still playing in markets like New York, L.A. and Toronto when it became available digitally. You know what happened to them after it came out on iTunes? Nothing. The grosses were pretty much unchanged the weekend after the iTunes release — in fact, Toronto went up by 12%. And they continued to play for another few weeks.

“Clearly in that case, viewers had a choice of where they could see the film and good number of people still chose to see it in the theaters. Of course, it was a smaller sample size of markets, but it was also a much smaller spend.

“The real interesting part for ‘Snowpiercer’ will be looking at what happens to its grosses after the VOD comes out. I have a hunch the core markets will perform the same way that ‘Upstream Color’ did, i.e. people will still come to the theaters to see it while others will get to join the conversation watching it at home who either don’t live near such theaters or don’t have the time to go to a theater to see it (babysitters are expensive, you know).

“What it comes down to is having a strong film to market to theatrical audiences, regardless of window. I’ve seen a lot of comments from fans urging people to see ‘Snowpiercer’ in the theaters, just as the case was for ‘Upstream Color.’ That’s great. Not everyone can do it. Now people have a choice on this film. In a perfect world we’ll see more of this limited exclusivity.

“Shane’s whole thinking behind it – which I’m sure Tom Quinn shared – was to build awareness and buzz for it through the theatrical release that would increase the ancillary sales. That’s the same thinking on any film, but shortening the window increases your reach when awareness is at its highest.

“The tradeoff is that you don’t get the Ultra or day and date pricing on the digital side, and of course that you don’t have access to the bulk of the theaters out there to push your theatrical even more. So that’s tough for a lot of distributors to stomach. Kudos to Radius for swallowing that pill, and kudos to Shane and Joe for being the guinea pigs for that pill!”

“It’s definitely a new approach for a distributor. I’ve heard of releasing VOD before or at the start of a release (and of course after a theatrical run), but not when you just expand and it’s working well theatrically. It will be interesting to see what happens with our ‘Snowpiercer’ run and the others across the country. I know when we played ‘Dallas Buyers Club’ leading up to the Oscars, the moment it released on VOD our run was killed. But it had also been out for months, so it makes sense that the theatrical run was coming to a close anyway. 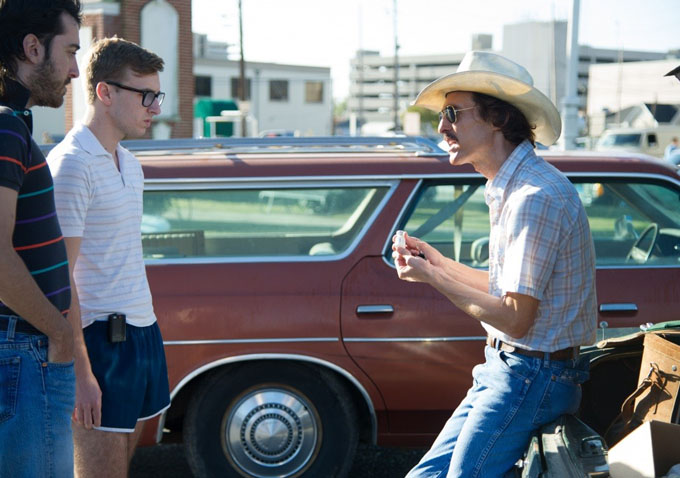 “Generally, if it’s the right movie for our audience, the VOD release doesn’t really affect our grosses all that much. We’re lucky to be in NYC where people like to get out of their cramped apartments and are looking to experience movies on the big screen. And if the movie is going to draw theatrically, it will draw with or without VOD during the run.  However with that said, we still generally try to limit the number of VOD releases that we play throughout the year because it can sometimes devalue the experience. I would imagine this is magnified even more in other areas of the country, where an independent movie theater would have been the only way to see some of these releases and now people can stay home and watch them instantly.”

“Theater owners are reasonably worried about cannibalization when windows collapse.  It’s worth the digital world’s time to work with exhibitors to help add value for the theatrical experience, and in turn increase the efficiency of their marketing spend. Experimentation, as Radius is doing with ‘Snowpiercer,’ makes sense.  No one has figured out the perfect timing and configuration of windows, and it will vary based on the individual film.  While everyone in the food chain would like to maximize their share, the real drivers of collapsed windows are audience expectations and efficiency of marketing spend in a cluttered market.  We’ve found that if smaller films try to split their tight marketing budgets into components for each window, it’s unlikely that any increment will have impact. Striking the right balance will require more experimentation.”