Daily Reads: A Friendship with Roger Ebert, the Sadness of Watching Woody Allen and More 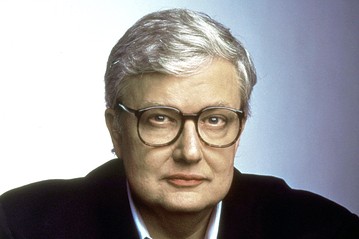 1. A Friendship with Roger Ebert. More than a year after his passing, the loss of Roger Ebert is still deeply felt. The new Ebert documentary “Life Itself” has prompted plenty of personal reactions from critics, but Houstonian Joe Leydon’s reflections on his friendship with Ebert is particularly moving, as it covers not only the incalculable impact Ebert had on aspiring critics, but how Ebert related to him when he too was struggling with  an illness.

When I received my own cancer diagnosis a few years ago, I tried my best to put on a brave front for the very few people who were aware of my condition. Roger was virtually the only person in the world who knew just how scared I was, because I shared my terror with him, usually late at night, often after I had consumed a glass or four of Merlot. He was impossibly patient and unfailingly encouraging. Together, we actually found some humor in the situation. Midway through my radiation therapy, I joked: “I don’t yet glow in the dark.” As usual, Roger had the last word: “Glowing can be a convenience.” Read more.

2. The Incredible Disappearing Scarlett Johansson. In the past 8 months, Scarlett Johansson has appeared in three of her most acclaimed movies (“Her,” “Under the Skin” and “Lucy”), all of which have something in common: Johansson masks of part of herself. Where Johansson used only her voice to make Samantha feels so thrillingly alive in “Her,” both “Under the Skin” and “Lucy” see her giving bravely blank performances, which allow the audience to either project their own feelings onto her or else try to figure out what’s going inside her inscrutable characters’ heads. The Atlantic’s Noah Gittell wrote about what the purpose of these performances might be.

So what to make of this gradual vanishing act? Is Johansson simply challenging herself with roles that compartmentalize her talents? Possibly. But there is also a strongly feminist streak running through each of these films. Considering her on-the-record statements about Hollywood’s objectification of women, we might be meant to read her recent work as a unique and powerful statement about an industry and society that make its women disappear. Read more.

3. The Sadness of Watching Woody Allen. Even ignoring lingering discomfort about Woody Allen’s recent troubles, his new film “Magic in the Moonlight” hasn’t found much in the way of enthusiasm, and Esquire’s Stephen Marche finds it downright depressing. To Marche, Allen once stood for making smart comedies about smart people, men and women who read and who had strong opinions on ongoing cultural discussions. It was a sign of the times when Allen expected the audience to be as up-to-speed on culture as he was, to know who Ingmar Bergman and Marshall McLuhan were.

That’s gone now. Not that Woody Allen has stopped making intellectual references. It wouldn’t properly be a Woody Allen film without a reference to the Jazz Age or Freud. But the allusions, like everything Allen does now, feel hollow, routine, like the indulgence of a memory from his youth when he still had real feelings and innocent emotions. The references all remain the same, what was on the syllabus in some New York liberal college in 1963. Even Blue Jasmine was more or less a rewrite of A Streetcar Named Desire, which I assume Allen read as a teenager more than fifty years ago. Painting for Allen has become the Impressionists. Novels are Tolstoy. His culture has devolved from highly original, often obscure references to the kind of thing you find on mugs in suburban homes after a trip to Europe. Read more.

4. New Policies at TIFF. For the past several years, the Telluride Film Festival has been stealing thunder from the Toronto International Film Festival. “12 Years a Slave” premiered at Telluride shortly before it played at TIFF, as did “Under the Skin” and “Ida.” Apparently TIFF is tired of their films having their reputations made before they play there, so they’ve decided to give the coveted first-week premiere spots exclusively to films that make their North American premieres in Toronto. The Los Angeles Times spoke with TIFF artistic director Cameron Bailey about the decision.

Cameron Bailey: For a long time, it was fine. There had always been agreement that these [Telluride] screenings were sneak-peek screenings that happened before the actual premiere. But the Internet and the blogosphere has changed, and the films started being reported on very differently. There’s a rush to judgment to get opinions out there that you didn’t have before. The intimate atmosphere that used to happen with a sneak preview has been replaced by a hothouse atmosphere. People handicap awards chances as the final credits are rolling. That changed for other festivals, and it changed for us. Read more.

5. Silent Film Fans Make Some Noise About Disappearing Movies. While 70% of silent films are lost forever, many are simply unidentified, sitting in the Library of Congress’s vaults and waiting to be rescued. Three years ago, the library started an event called Mostly Lost, where silent film fans are invited to watch the films and try to figure out what they are. Fans are encouraged to shout out anything that might be helpful to identifying the films: possible actors, settings, whatever might help.

This year’s audience quickly pegged a mystical drama from 1919 as German — the shadowy, expressionist lighting and the Goth-meets-raccoon eye makeup helped give it away. And, with the help of IMDB, silent film fan Liana Morales quickly identified the second movie shown as the 1912 French comic short “Zigoto Gardien de Grand Magasin.” Read more.

6. The History of the Eye in Close-up. Few tools in cinema are as powerful when used well as the closeup,  and there’s a special fascination in steady gazes directly into another person’s eye. Prompted by the release of the eye-heavy “I Origins,” Alan Zilberman of RogerEbert.com’s Balder & Dash blog wrote about the history of the eye closeup, from Hitchcock to sci-fi, “Un Chien Andalou” to “Fear and Loathing in Las Vegas.”

The two earliest, most memorable sets of eyes are striking, albeit for different reasons. The Danish silent filmmaker Carl Theodor Dreyer avoided lavish exteriors in his masterpiece “The Passion of Joan of Arc,” and instead his camera regarded his star Renée Jeanne Falconetti in a series of anguished close-ups. Her eyes are focused and fearful, allowing the audience to see the humanity and injustice of Joan’s sacrifice. Critics and scholars widely regard Falconetti’s performance is one of the finest in all of film, yet it’s Dreyer’s steadfast gaze that creates the opportunity for her heartbreaking expressions. His masterstroke is one of patient focus; he realized that an expressive faces and eyes, not physical suffering, are a powerful way to connect with viewers.

Released one year later, the surrealist short film “Un Chien Andalou,” co-directed by Luis Buñuel and artist Salvador Dalí, takes this understanding and uses it as a shocking joke at its audience. After a shot of a thin cloud cutting through the moonlight, there is a jarring, parallel shot where a man slices open a women’s eye with a razor (it really belonged to a dead pig). Just as Dreyer created a rapport with his subject/audience, Buñuel and Dalí obliterated the relationship through profound discomfort. No matter their intent, these filmmakers internalized the eye obsession and what feelings it may provoke. Read more.

This Article is related to: News and tagged Her, I Origins, Lucy, Magic in the Moonlight, Roger Ebert (1942-2013), Scarlett Johansson, Silent film, Toronto International Film Festival, Under the Skin, Woody Allen