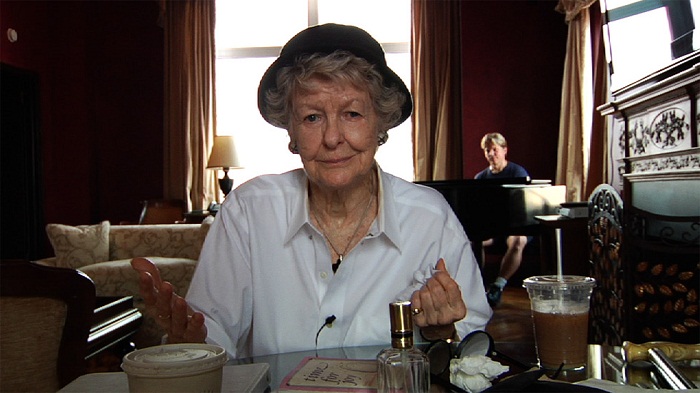 Tony and Emmy Award-winning actress Elaine Stritch has died at the age of 89.

Her death was confirmed to the press by longtime friend Julie Keyes.

Stritch may be best known for starring in the original run of William Inge’s “Bus Stop” and Stephen Sondheim’s “Company.” But her career spanned seven decades that not only included multiple performances on Broadway, but also a successful run with several shows on London’s West End during the 1970s and guest spots on a range of television shows, most notably, “30 Rock,” where she played the mother of Alec Baldwin’s character.

READ MORE: Elaine Stritch On (Not) Wearing Pants, Being Hungover With James Gandolfini and Hating The Title of Her New Documentary

Beloved for her fierce persona both on and off the stage, Stritch has been the subject of a few documentaries over the years; the most recent being Chiemi Karasawa’s portrait piece, “Elaine Stritch: Shoot Me.”

Praised by critics for its honesty, Karasawa’s documentary shows the still-vibrant 87-year-old Stritch touring around and enjoying a new burst of fame even as she struggles with alcoholism and diabetes. “Stritch may very well deliver her best performance to date,” wrote Indiewire’s Eric Kohn about the film, which IFC Films released earlier this year.

In an interview with Indiewire timed to the release, Stritch told Indiewire’s Nigel M. Smith that she “just sat down and told the truth to every question they asked me. And that takes guts, it takes initiative…it takes a terrifying amount of energy to tell the truth.”

This Article is related to: News and tagged Chiemi Karasawa, Elaine Stritch: Shoot Me, R.I.P., RIP