FX Passes on Charlie Kaufman TV Pilot 'How & Why.' Is the Writer Too Smart for TV? 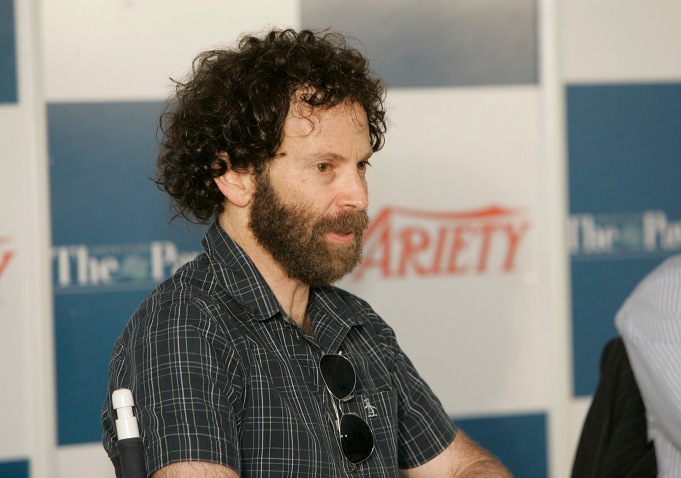 Despite much buzz around Charlie Kaufman’s return to television, FX didn’t see enough evidence in the final footage of his new comedy to order the pilot to series. “How & Why” is now being shopped to other networks, with many indie film fans and TV junkies hoping it finds a home, simply so the consistently creative writer’s work can be seen.

READ MORE: ‘Louie’ Picked Up for Season 5 by FX

Kaufman wrote and directed the pilot focusing on the host of a fictional TV show titled “How and Why.” Goodman Hesselman, played by Oscar nominee John Hawkes, starts over when he loses his passion for the show and is replaced by a younger host. His new program is in a much smaller market and forces him to work for a younger boss, played by the eternally pubescent Michael Cera. Sally Hawkins, an Oscar nominee last year for “Blue Jasmine,” also starred in the pilot and Kaufman favorite Catherine Keener was also on board as a guest star.

While the basic plot doesn’t sound all that uproarious for a comedy, the talent involved is hard to top. Deadline reports the pilot clocked in at nearly an hour — a lengthy run time for a comedy in general, let alone for a series developed for a half-hour time slot. While it’s doubtful this was a dealbreaker for the network, it may not have lined up with the executives’ expectations, just as much of Kaufman’s previous work has surprised audiences by breaking from expectations.

It therefore begs the question: could Kaufman’s pilot simply be too highbrow, even for a network known for trusting its auteurs? FX is the network that gave Louis C.K. his landmark deal, allowing him to write, direct, star, and edit his own episodes with no network interference. It supported Noah Hawley’s “Fargo” miniseries as his singular vision derived from the Coen Brothers’ story (now approved for a second season). FX has even allowed comedies like “The League” to rely heavily on improv, bypassing the script approval process. All of these decisions have resulted in high ratings and critical acclaim for the network, providing them with a reputation for supporting showrunners’ visions (even dating back to “It’s Always Sunny in Philadelphia,” a show ordered from an extremely low budget, partially defined pilot).

So why would it turn away Kaufman?

Bending genres between comedy and drama should have come as no surprise, and really shouldn’t be a problem for a network hungry for Emmys (if it could pass as either genre, FX could pick the category it wants to submit for awards, drama or comedy, much like Showtime did with “Shameless” and Netflix with “Orange is the New Black”). Kaufman has also established himself as someone who doesn’t write easy reads. His films have been increasingly complex, from “Being John Malkovich” to “Synecdoche, New York” (his directorial debut). FX should not have been expecting a show an easily digestible half-hour — or hour — of TV.

So could the show simply be that bad? Kaufman’s last effort, the aforementioned “Synecdoche, New York” was met with mixed reviews, some hailing it as genius while others claiming it was lost within its own ambitions. Roger Ebert hailed the film, giving it four stars and telling readers they have to see it twice. Entertainment Weekly critic Owen Gleiberman, meanwhile, said he “gave up” on the film, calling it less a work of art than “the structure of psychosis.”

This was the last piece we have to base an opinion of Kaufman as a writer, director, and auteur. While television of the aughts has been marked with innovative programming, perhaps Kaufman’s degree of experimentation remains beyond the grasp of a mass audience. No matter what, we’re all left hoping some courageous network can pick up “How & Why,” at least so we can guess why FX did not.

This Article is related to: Television and tagged Charlie Kaufman, FX, How And Why, TCAs Summer 2014, Television