Lighten Up, Kevin Williamson: CBS And the Question of Fun 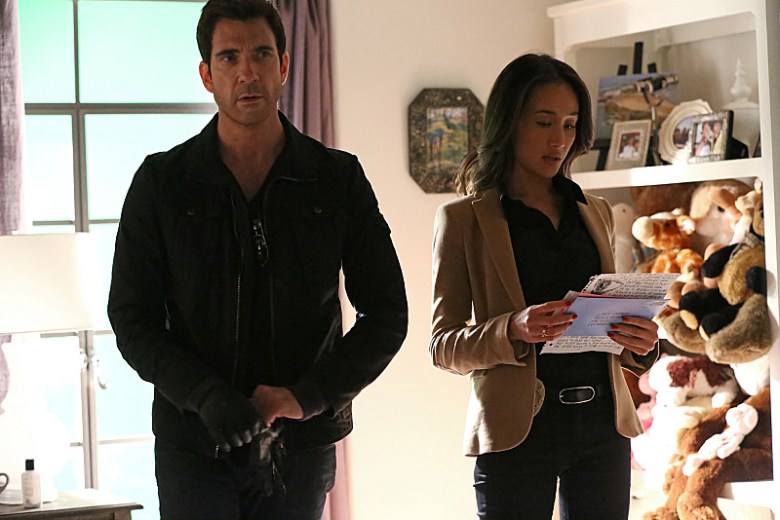 Williamson was responding to a line of questioning about his newest show, a procedural look at a special Los Angeles police unit that investigates stalking cases. While not as dark as his serial killer drama “The Following” (admittedly, that’s a pretty tough feat to pull off), “Stalker,” critics felt, incorporated the same heavy deployment of violence and horror elements in its pilot.

Therefore, when Williamson tried to suggest that the show would actually be fun to watch, things got contentious. The exact question that inspired the “turn the channel” comment was this: “We’ve spent a lot of time in this room and on television, in general, going inside the heads of not particularly morally admirable people. Why do we want to go in the head of someone like Dylan’s character?… Why is this interesting? Why is this fun or entertaining?”

We won’t find out for a few months whether “Stalker” is another success or disappointment for CBS (which is not immune to failure — witness last season’s “Hostages,” also starring Dylan McDermott). However, that reporter’s question does bring up a larger issue: That of the importance of entertainment in, well, our entertainment.

It’s an issue that gets lost a lot of times in the discussion of prestige television — with few exceptions, “good” shows are serious shows, tackling serious issues and featuring serious men (and occasionally women). But that shouldn’t necessarily be the case. In fact, at times a judicious use of levity can make later tragedy even more heart-breaking.

When shows like “Game of Thrones” or “Breaking Bad” deviate from their patterns for moments of comedy, the effect is more than just a quick break from the drama. “Bad” was especially adept at this: the relationship between Jesse (Aaron Paul) and Walt (Bryan Cranston) on “Bad” was rich with comedic beats — “Yeah, Mr. White! Yeah, SCIENCE!” — and remembering the pleasure the pair used to take in each other’s company makes the later seasons all the sadder. And while Gale (David Costabile) is one of the show’s most tragic figures, he’s also at the center of one of the show’s greatest moments ever.

What actually stands out about “Stalker” in comparison to the rest of CBS’s line-up is that it’s the only show which doesn’t seem to have this sort of balance on its mind. CBS’s other drama pilots invoke serious issues — world politics and terrorism and urban decay — but their tones seem aimed to please the audience that’s made shows like “NCIS” into, as CBS Entertainment Chair Nina Tassler put it, “a billion-dollar industry.”

Those tones, in short: Fun. This is the network that, come mid-season, will bring us Dean Winters as the co-lead of the Vince Gilligan/David Shore cop procedural “Battle Creek.” You might know Winters better as Dennis “Subway Hero” Duffy from “30 Rock”; he’s also done drama, but “Creek” looks likely to draw on both sides of his talents.

Prior to the “Stalker” panel, “Scorpion” executive producer Nick Santora, while describing his series about awkward geniuses who solve high-stakes problems, attempted to coin the term “fun-cedural.” Opinions vary if he was at all successful in selling critics on the term, but the show strikes a lighter note — not as light as its spiritual cousin “The Big Bang Theory,” but definitely aiming for entertainment over Emmys.

Williamson tried to make the case for his show also being enjoyable, saying that “it is a scary show. You have to sort of want to turn into the genre, this crime show, this cop show, and watch the good guys catch the bad guys… if you do, then it could be a fun, thrilling, informative ride.” But many weren’t buying it.

And for those looking to make a prognosis on this stuff, paying attention to the basic watchability of a show goes a long way towards predicting whether it’ll stick around. Plus, as shows like “Breaking Bad” prove, things work better in balance — something Williamson may discover this fall, when “Stalker” premieres, and potential viewers reach for their remotes.