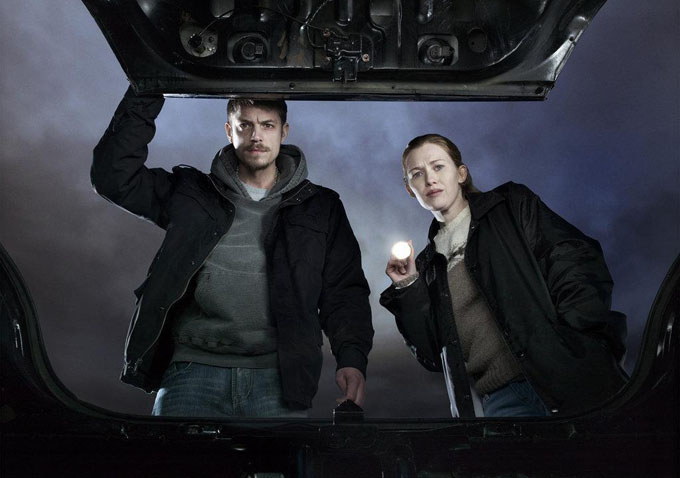 After a two-year hunt for the killer of Rosie Larson and another year of hunting down a missing girl against their own demons, Detectives Linden and Holder have arrived behind a bloody rain and the warning that, “The Past Can’t Be Washed Away.”

READ MORE: Check Out The Dark Trailer for Netflix’s Fourth and Final Season of ‘The Killing’

Originally the “Ringo” of AMC’s Sunday night primetime slot (which shifted seasonally from “The Killing” to “Mad Men,” “The Walking Dead” and “Breaking Bad”), the fourth and final season of “The Killing” will air exclusively on Netflix. The binge viewers among us will have the whole show available on August 1. This season has the team of detectives hoping to solve the murder of a picturesque family, with only one survivor. Judging by the tagline though, it probably goes much deeper.

These two character posters feature Joel Kinnaman and Mireille Enos as their respective detectives behind foggy window panes spotted with ominously red blood. They are posted below.

This Article is related to: Television and tagged Netflix, The Killing