Watch: Irrfan Kahn Eats Someone Else's Lunch in Exclusive Clip from 'The Lunchbox' 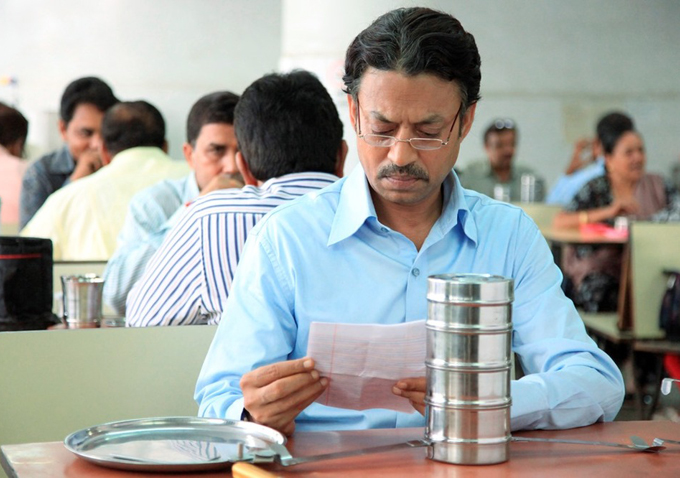 Don’t you hate it when someone eats your lunch at work? In this exclusive, 10-minute clip from “The Lunchbox,” that same scenario actually works out for the better when one woman’s cooking goes unappreciated by a neglectful husband. Directed by Ritesh Batra, the acclaimed film stars Irrfan Khan, Nimrat Kaur and Nawazuddin Siddiqui.

READ MORE: Trailer of the Week: Romance, Melancholy and Food in Indian Rom-Com ‘The Lunchbox’

From the film’s synopsis: Middle class housewife Ila is trying once again to add some spice to her marriage, this time through her cooking. She desperately hopes that this new recipe will finally arouse some kind of reaction from her neglectful husband. She prepares a special lunchbox to be delivered to him at work, but, unbeknownst to her, it is mistakenly delivered to another office worker, Saajan, a lonely man on the verge of retirement. Curious about the lack of reaction from her husband, Ila puts a little note in the following day’s lunchbox, in the hopes of getting to the bottom of the mystery. This begins a series of lunchbox notes between Saajan and Ila, and the mere comfort of communicating with a stranger anonymously soon evolves into an unexpected friendship. Gradually, their notes become little confessions about their loneliness, memories, regrets, fears, and even small joys. They each discover a new sense of self and find an anchor to hold on to in the big city of Mumbai that so often crushes hopes and dreams. Still strangers physically, Ila and Saajan become lost in a virtual relationship that could jeopardize both their realities.

“The Lunchbox” is now playing in select theaters and expands throughout the month of July. It’s also available on Blu-Ray, DVD and Digital download. Check out the clip, courtesy of Sony Pictures Classics, below:

This Article is related to: News and tagged Clips, Exclusive, The Lunchbox