Watch: Melissa Leo Insists 'Wayward Pines' is Unfathomable, Something 'You Haven't Seen' Before 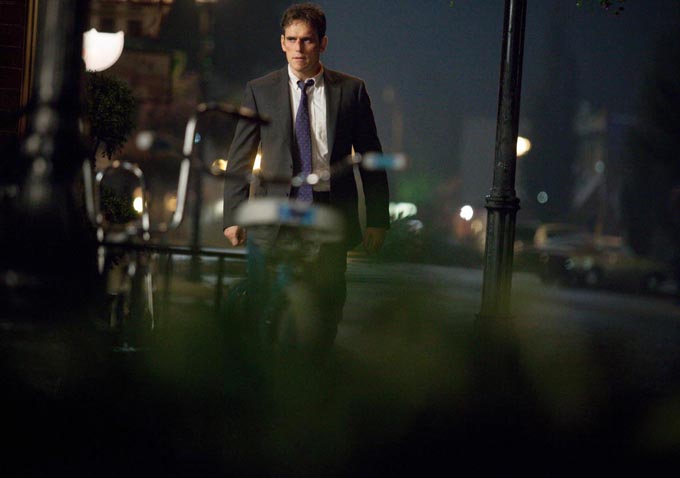 The Movies On Demand crew traveled to the convention grounds to catch up with the producers and cast of Fox’s “Wayward Pines.” Executive produced by “The Sixth Sense” writer/director M. Night Shyamalan, “Wayward Pines” is a mystery drama with an all-star cast that includes Matt Dillon, Carla Gugino, Melissa Leo, Toby Jones, Juliette Lewis and Terrence Howard.

Dillon stars as Ethan Burke, a Secret Service agent assigned to investigate the disappearance of two federal agents from a small town in Idaho. Gugino plays Kate Hewson, one of the missing agents who, at one point, was romantically involved with Burke.

“It is about a world that Matt Dillon falls into,” Jones remarks rather mysteriously while being interviewed. “Quite literally crashes into.” Jones plays a psychiatrist in the town where Dillon’s character is sent to investigate.

“There has never been anything comparable to this show,” says Leo. “In fact, the truth of ‘Wayward Pines is so unfathomable, that is what our story hinges on. You haven’t seen it before.”

Vague talk about truth is typical when describing a project tied to Shyamalan prior to its release. The “unfathomable” truth is nearly always the hook for every project he touches. Successful execution, however, almost never follows.

But who knows! It’s hard not to hope for a show like “Wayward Pines” when Melissa Leo is not only in it, but also can’t stop gushing about it.

“Wayward Pines” is a 10-part event series that will premiere on Fox in early 2015.