Watch: Meryl Streep Orders Everyone 'Into the Woods' in First Trailer for Rob Marshall's Musical Adaptation 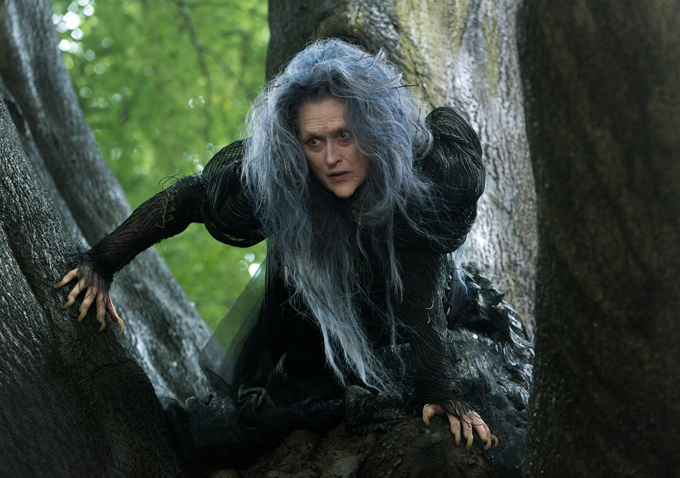 Yesterday, we brought you the epic trailer for Christopher Nolan’s space odyssey “Interstellar.” Today, we’ve got another probable awards contender in our midst: Rob Marshall’s adaptation of the Stephen Sondheim musical “Into the Woods.”

“Into the Woods” is a musical take on several of the Brothers Grimm fairy tales, intertwining the plots of the classic tales of Cinderella (Anna Kendrick), Little Red Riding Hood (Lilla Crawford), Jack (Daniel Huttlestone) and the Beanstalk, and Rapunzel (MacKenzie Mauzy)—all tied together by an original story involving a baker and his wife (James Corden & Emily Blunt) and the witch who has cursed them (Meryl Streep).

Marshall is the acclaimed filmmaker behind “Chicago,” which won the Best Picture Oscar in 2003 and is credited with helping spark this millennium’s return to musical filmmaking. The trailer shows many of the characters uttering the phrase “I Wish;” a phrase that sets the actions (and consequences) of the story into motion. Though this first trailer offers no hint of singing ability from some of the more questionable casting choices (Chris Pine, can you sing?), the epic scope and swelling music offer a grand vision of the story’s combined fairy tale world. Also worth noting is the absence of a visual of Johnny Depp’s Wolf.

“Into the Woods” will hit theaters on Christmas Day. Check out the trailer below:

This Article is related to: News and tagged Awards, Into the Woods, Meryl Streep, Rob Marshall, Trailers